Being in your 20s is weird. The decade begins while you’re most likely still in college, not able to legally drink… and it ends with you being a full-time adult in the real world, legally able to drink, but not wanting to nearly as much as you did when you were 20. In 10 years you’re forced to go from being this adult-child still living under the same roof as your parents to a real live adult maybe living with a partner (maybe even with a child!). To successfully maneuver your way through your 20s, you have to change. It’s science.

Us girls go through many changes in our 20s, some big and some small. We might be thrown a curve ball like a job offer on the other side of the country. We might receive a surprise like a positive pregnancy test before marriage. Or we might get a fresh, new, unexpected start after breaking up with the guy we thought we were going to be engaged to in a year. But no matter what happens, the small changes remain the same for most of us. Here are 10 changes every girl goes through in her 20s:

1. You will start wearing outfits more than once. You’re not capturing every second of your life anymore, and even IF a picture of you in a certain outfit gets captured and is featured on every single social network known to man you WILL wear it again, because why not? You spent money on it. And it’s cute. Just put on another necklace… Or wear the same one. Whatever. You’ll live.

2. Hangovers won’t be something you can afford. You’ve got two days to get things done until the work week decides to repeat itself. You can’t spend the entirety of those two days locked in your bedroom in a coma after being attached to the toilet for a few hours. You also can’t afford the calories that come after a night of drinking. Whether you’re drunk eating yourself into a stupor to try and avoid getting sick in the morning… or you’re experiencing post-hangover hunger, which only warrants chowing down bagels, home fries, and chicken fingers… you won’t be able to keep doing that without gaining twice your weight. So you’ll stop blacking out (on the reg) and start ‘drinking responsibly’ (whatever that means).

3. You won’t be nostalgic when kids go back to school… Or you won’t be AS nostalgic… Mostly because you’ll be too busy working to notice. And also because school feels like an eternity ago. Especially when you realize you would be considered a pedophile if you were now to attend a college party. Even more so, a high school party, but that’s neither here nor there…

4. Spending money won’t feel like a death sentence anymore. After graduating, you were all like ‘I CANNOT do that… That costs MONEY!‘ Now you’re like, ‘How much? Maybe I can swing it.’ Things you would not spend money on before, you’ll spend money on now. Granted you’re still a stingy bitch, you really can afford some things now.

5. You will be able to ‘just do one.‘ Ever since you started drinking, you couldn’t just have one drink. Hell — you didn’t see the point of drinking if you weren’t getting wasted. It’s extra calories. It’s a waste of an outfit. It’s money that could be saved for a night when you are going to go all out. But soon enough, you will be able to just have one drink, on a weekend night, with friends… and you won’t even call it lame. You’ll call it a night out… and you’ll probably be tired the next day.

6. Children will start to look cute. The horror. Ohhhh, the horror. Babies, which used to make you run away, now make you go ‘awww.’ You still have no idea what to say to them, but they’re starting to look cute. What does it mean?!

7. You won’t be the youngest person at the bar anymore. And you’ll realize that when you get hit on by a dude who asks where you go to school. School?! You haven’t gone to school in a few years… Damnnnn. It must mean you look good, though, right?

8. Engagement rings and wedding dresses won’t all look the same anymore. Every wedding dress you had seen before was basically the same white dress over and over… and they were boring. But soon enough, you’ll start to see patterns. You’ll start to notice which ones look cheap and which ones are right up your high maintenance alley. You’ll also start to be drawn towards diamonds. Before, you said you’d rather have a Chanel bag than a big cheesy (not to mention, expensive) engagement ring that might not go with every single one of your outfits, and that you may lose, like, at the gym or something (my poor future fiancé/husband — I’m apologizing in advance)… but now you want one (eventually). I mean, they keep popping up on Facebook. How could you not?

9. You will find yourself complaining about the ‘music kids are listening to these days’ and how much better it was when you were younger… and then you’ll shut up when you realize how old you sound. Actually, that’s when you KNOW you’re getting old. What always messes my world up is when I realize in 1993 (20 years ago), when I was 5 years old, I considered music from the 70s that my mom always played in the car ‘old.’ Now I’m playing music from 20 years ago. Are kids calling our beloved childhood hits from the 90s ‘oldies?’ Gag me with a spoon, but I think they are. Ugh.

Now, I’m not saying I’ve gone through all these changes. At all. I’m 25 and I love me some EDM. I still don’t see the point of drinking without getting drunk, but I’m trying to get past that (keyword: trying). I don’t have an interest in getting married any time soon, but I can’t deny that I don’t think about it… and that engagement rings, which I didn’t understand the point of until recently, are becoming attractive. I love 90s music. I love to party. And I love the fact I can still shop in the Juniors section and get away with looking trendy. I’m a 20-something. And I’m starting to grow up. I’m finally starting to get my life together. I’m just holding off on getting it all together because I can. I’m in control. And when I decide to make those final steps in growing up I will, but for now — I’ll keep messing around, a little bit less every day, until more changes come I guess. 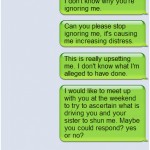 10 Reasons I May Not Have Answered Your Text 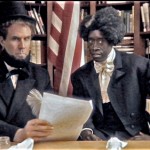