No Doubt is probably the only band that can come back from a 10 year hiatus and make a great song. Not only is their new song, Settle Down, awesome, but it sounds like their old stuff. I mean Gwen Stefani sounds the same as she did before she started rapping about bananas. And the chorus makes me feel like I’m watching Clueless and Cher is dancing around in a fur jacket at a Valley party. And I love it. I mean, how can you not? It’s SO 90s.

Most bands and artists I like are still coming out with music… The only problem is that I don’t really it. I like their old stuff. However, there are a couple of bands and artists that disappeared that I would love to see come back. I don’t know if their comeback would be as epic as Gwen Stefani’s (bitch doesn’t age), but I think it would be just as good… and if not, it would be interesting to say the least.

No, The Rolling Stones, The Beatles, Biggie, and Tupac are not on my list… Sure I would love to see them come back, but when a member (or more) or an artist himself (coughistupacreallydeadcough) dies, it’s kind of hard for a comeback to happen… So in honor of No Doubt’s return, here are 8 bands (and artists) I would love to see reunite:

Nsync: BSB got back together… Why can’t you? I know Justin is busy f*cking Jessica Biel… and Lance is busy prancing around the moon… but can’t you get together real quick and make at least one new song with an epic dance beat? Please? 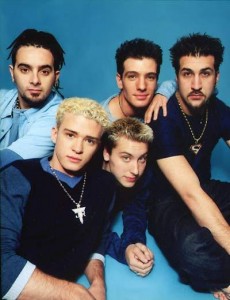 98 Degrees: What are you even doing now Nick Lachey? Get together with your bros and make us some music! Like songs that make me want to grab a random man off the street and slow dance with him.

Destiny’s Child: I know Beyonce is like way too good for anyone else, but I would love to see a follow up to Bootylicious. Especially with that post-pregger body of hers. So please, girls… stall your solo careers for like 2 seconds and say my name (say my name).

The Spice Girls: You fooled us all with that reunion tour… and then the announcement about the musical based on your lives (which you aren’t even performing in)… Clearly this means you are all on good terms, so throw up (or in front of you) your deuces and spice up our life. Again. 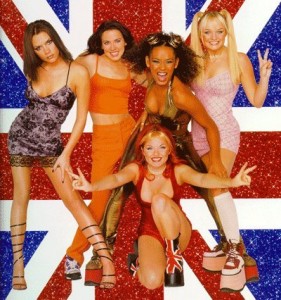 50 Cent: Where the F you at fitty?!? I know you’re not a band, but you at least brought G Unit to life. Remember Disco Inferno, In Da Club, & P.I.M.P? AKA when rap music used to be fun and exciting? I know you keep saying you have a new album coming out, but I’ll believe it when I see it. And it best be fun.

Ja Rule: I know you’re not a band either, but get your ass out of jail, call up Jennifer Lopez, and make us a hot club track. Like middle school dance style. I want to want to grind.

The Fugees: This would be an unreal reunion. Lauryn Hill, Wyclef, and Pras. You’re all still around, so please reunite with each other and kill us softly with a new song. Together. 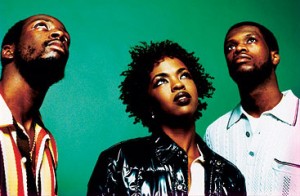 Who would you like to see come back? And what do you think of No Doubt’s new song?

You Know You’re Getting Boring When…