When a song you haven’t heard in years comes on the radio, you probably think “I HAVEN’T HEARD THIS IN FOREVER” and then turn up the volume and start to drive very, very fast. This happens to me every time Britney’s “Gimme More” comes on.

1. “What’s Luv” – Fat Joe ft. Ja Rule & Ashanti. I’m not sure what happened to Ja Rule… but without reading his Wikipedia page, I think I am safe to guess it has something to do with jail. Ja Rule was all the rage in 8th grade with his J-Lo collaborations and his swearing tactics (put the f*ckin’ mic on)… And then he disappeared. I don’t think I’ve heard a Ja Rule song since then, except when my iPod is on shuffle – which is rare. 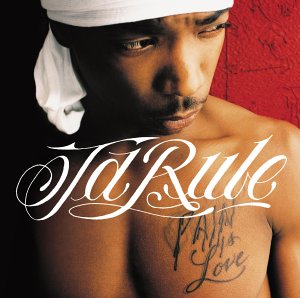 3. What Dreams Are Made Of – Hilary Duff. After Hilary had a hit Disney show, she obviously decided she needed to have a music career too. Two words: Bad choice (although she did do a much better job than Kim Kardashian did with “Jam”). Hilary was like the Selena Gomez of our time, except she dated the almost-famous Aaron Carter, who cheated on her with Lindsay Lohan (once a thief, always a thief). This song brings me back to being a camp counselor and watching 5 year old girls belt out this song like it was their life anthem. Why?

4. I’m a Thug – Trick Daddy. This song introduced me to the word “thug.” And at the awkward age of 12, I wanted to be a thug too – just like Trick Daddy. Trick Daddy had two other singles – Take It To The House and Let’s Go (which I still run to). I have no idea what happened to Trick Daddy, but I think he should return to music… with hits similar to I’m a Thug.

5. Take Me There – Blackstreet, Mya, and Mase. Just in case your memory is fuzzy, this is the song where Mase randomly has a rap outburst about the Rugrats in the middle of a song where Mya repeatedly asks you to “take her there.” I always wondered where Mya wanted to go… but now I think I know. This song, from The Rugrats Movie soundtrack, is the equivalent of Lil Wayne rapping about Wizards of Waverly Place.

6. Bouncing Off The Ceiling – A*Teens. The  A in A*Teens stands for ABBA… AKA the 70s pop group that brought Dancing Queen and Mamma Mia to the world. Well ABBA brought these hits back and more. Bouncing Off The Ceiling was an extremely catchy tune that the group brought over to the US from Sweden. Not only did 8 year old girls belt this song out during karaoke at camp (yes, they had karaoke at my camp), but everyone else secretly liked this song too because it was so damn upbeat.

7. My Band – D12. This song proved that Eminem wasn’t just some depressive, violent, crazy person… but he also was  is a f*cking weirdo. 1. Eminem’s “band” only had 2 hit songs (the other being “Purple Pills”)… I guess they really couldn’t handle him being the lead singer of the band. 2. At age 15, hearing an angry white rapper sing about his salsa was hilarious. 3. I still only think of “My Salsa” when I hear this song. and 4. Why the sudden Mexican outburst?

8. Party Hard – Andrew WK. Did someone say rage? Andrew WK should have taken the world by storm with this song… but he didn’t because many people still do not even know this song exists. I think if this song came out now, it would be more of hit since pop music now consists of techno, dance, and rage music. Andrew WK, please come out from hiding and re-release this song remix style with David G or Avicii. Thanks.

9. Pony – Ginuwine. I used to think this song was hilarious and actually had to do with a pony. I also thought those weird noises throughout the song represented the noise a pony made. Now I know that this song does not actually have to do with a pony… However, I still have no idea what those noises are throughout the song. This is a classic R&B song that many colored babies were most likely made to.

10. Rumors – Lindsay Lohan. There is only one word to describe this song: Awful. This song was released when Lindsay was in her prime… AKA when she was in Mean Girls/Freaky Friday, played guitar, was hot, and had big boobs. There were no serious rumors about you then, Lindsay, except that you maybe got a boob job. You probably should have saved the release of this song for when you started stealing, drinking and driving, and doing hardcore amounts of drugs on the daily. Or maybe you should have just never released this song… ever. 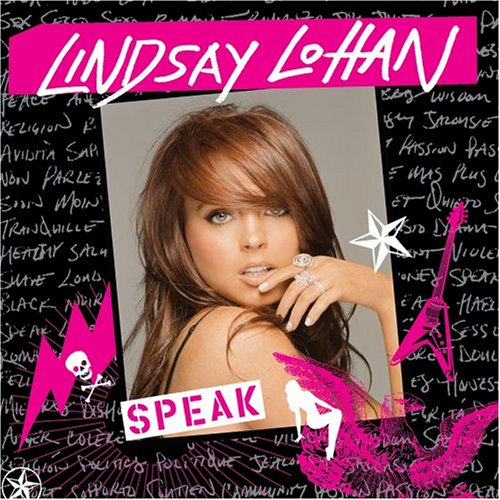 Finding such songs is a result of having 5,000 songs on my iPod that I started collecting in 7th grade when Napster was first released. There are plenty of forgotten hits that I didn’t get to include… and I’m sure plenty more that I don’t have in my iTunes library. So, please, enlighten me – What songs strike you as random and forgotten when shuffling through your iPod?

Why My Greek Life Experience Is On My Resume (and Why It’s Staying There).