Let’s be honest – I might tell my people that I spent my nights in between Christmas and New Year’s prepping for a “fresh year”. Really, what I did was re-watch every season of “Gilmore Girls” in record time and cry to my boyfriend about the fact that it’s OVER. Here are the ten reasons why Gilmore Girls will always be my favorite show. 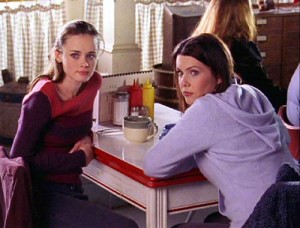 1. Impossible wit. It’s so hard to keep up with Lorelei’s train of thought like 80 percent of the time, but I find myself agreeing anyway that she made her argument completely rationally.

2. Paris. Paris is a crazy person. She is over-intense and over-dramatic. She wants to be a doctor even though sick people freak her out. As aggressive and verbally abusive as she can be, she forms a soft soft in your heart because she just wants a best friend. No matter what happens, Rory will always have Paris. Stalking her.

3. The books. I read a lot, and I’m not picky about what. But Rory is the kind of person who reads Madame Bovary for fun – that person does not exist in real life. Madame Bovary is a completely depressing book whether you read it in French or English, and I’ve done both. Who wants to read a book about a woman who cheats on her husband and kills herself with arsenic over the guilt? Actually, that kind of summary makes it sound semi-interesting.

4. Emily Gilmore. First of all, I share her first name and from my biased and impartial seat, anyone with the name Emily automatically has at least five points in my book. But for anyone not named Emily, she is still kick-ass. Remember the episode where she races through a store that looks like Bergdorf’s and buys a dozen glass apples because SHE CAN? I want to buy a dozen glass apples just because I can. Plus, even though she is unwilling to admit it, she is just as insane as Lorelei and Rory.

5. Lorelei’s shoe collection. If you’ve failed to notice, please go back and watch every episode of this show because even though Lorelei makes some pretty insane fashion choices, her shoes are always spot on. Heels, boots, high-heeled boots, and sneakers – the woman does it all, and manages to walk perfectly straight in those heels without tripping. That is an achievement.

6. Jess. Everyone has a Jess, the bad boy who you shouldn’t like and who shouldn’t like you (and who probably doesn’t like you). You end up falling madly in love with him even though you won’t admit it and you let him drive the car your boyfriend built for you and crash it. Then you end up in the ER with a broken arm and an angry mother.

7. Yale. I love the East Coast. I’m from the West Coast, we are much more free and breezy over here from time to time – but our buildings suck. They are either stuck in the 1960s or uber-modern. I want gorgeous old buildings like Yale on this side of the country; perhaps I would have studied harder walking through hallowed halls. Plus, Yale has a stuffed bulldog whose toe you rub for luck.

8. Luke. Luke is the diner hottie and even though you just know that Lorelei and Rory would be fat in real life after eating there every day, Luke is perfect for Lorelei. He isn’t the smartest tool in the box (re: not telling Lorelei he had a daughter, then shutting her out entirely), but he really loves Lorelei, and I sincerely hope that they got married and had the two-headed twins that Lorelei dreamed about once.

9. The town. Stars Hallow is the perfect town. Taylor, Ms. Patty, Babette, KIRK. The entire town of Stars Hallow is completely insane. The year the pumpkins came late is a real thing, as is dressing up to look like works of art, and there was a festival including a butter cow. I desperately want to see a butter cow, does anyone know of a small town currently showing one?

10. The relationship between Lorelei and Rory. It’s perfect. My mother and I are close, but the bond that these two characters share is unbreakable. Sure, there was that season where Rory hated Lorelei and dropped out of school – but other than that, you just know that they are going to be crazy cat ladies together. If they don’t have cats, they will just be crazy, and that’s OK with me. 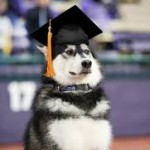 Why It’s Great to Live at Home (After College)