Mindy Kaling is seriously, like, the best person ever. She’s cute, she’s funny, she’s rude (in a good way), and she’s rich. Four things a girl must be in order to be awesome. Most of you probably know her as the annoying Indian girl from The Office, but now she has her own show. And she’s not annoying (except maybe her voice, but that is the #1 thing Mindy and I have in common and is one of the things that makes her awesome). Of course, when Mindy created her own show she made herself the star and to no surprise made her character just as awesome as she is. They even have the same first name…

Meet Mindy Lahiri. She’s a doctor who doesn’t actually do any work (at least we don’t see it), wishes she was 21, and dates a guy who is skinnier than her. Sure it sucks to be bigger than your man, but she embraces the fact she’s not stick thin and jokes about it in a way all of us ‘average females’ can understand. She also has a best friend who doesn’t work but is somehow doing better than her in life (even though Mindy is a doctor). And she is… a complete and total hilarious mess that you will relate to 85% of the time. Seriously.

Here are 10 reasons why you be watching The Mindy Project:

It takes place in NYC. I love New York. I mean, who doesn’t? Mindy is from Boston (like me), so she totally could have placed the show there… but she didn’t… because we are basically the same person and we would both choose NYC over Boston any day.

The office is full of all different types of people. This is probably because the office is in New York and every type of person you could ever meet lives in New York (City). You’ve got Mindy, who is the definition of a mess. You’ve got a British doctor who’s accent you can listen to for days. You’ve got a cute doctor with an awesome last name (Castellano – it’s a really fun word to say) who secretly crushes on Mindy but is rude to her instead (3rd grade anyone?). You’ve got the slightly chubby, really young one who stays in a lot. And then you have Shauna…

Shauna. For some reason, Shauna (to me) is one reason alone to watch the Mindy Project. She is that crazy single girl who wears large hoop earings and somewhat revealing clothes. To top it off, Shauna has an extremely thick New York accent and loves to rage. Can you imagine Mindy going out for a night on the town with her? Because it happens.

It’s about doctors, but you don’t see them work. If you thought this was going to be another E.R. or Grey’s Anatomy or Hart of Dixie (JK – that show doesn’t compare), you were wrong. Sure The Mindy Project is based on Mindy’s mother who was an OB/GYN, but since Mindy probably never saw her mother working (because that would be, like, gross), we don’t see any of the doctors working. They just run around the office gossiping in scrubs.

They sometimes attempt to do variations of work, though. The closest we got to seeing Mindy work was when she went to a high school and gave a bunch of girls condoms. She then got sent to the principal’s office. The whole time this was going on I was wishing for someone to shout, ‘She doesn’t even go here!’ …but they didn’t. Oh and doctor Castellano once attempted to give Mindy a gynecologist exam. He got as far as weighing her and touching her breasts. Awkward. 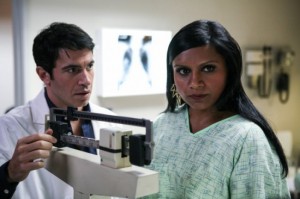 She makes jokes about things you hate about yourself. During that gynecologist exam, the fact that Mindy has to be weighed becomes a huge issue. It is built up so much that it feels exaggerated… but us girls know it is not at all because of the inner struggle we have every time we have to be weighed at the doctor’s office. Oh, and another time Mindy’s boyfriend put on her jeans. And they were big on him. Not okay.

You get to experience an NYC high school. In one episode, we experienced city teens: a breed far superior to pretty much everyone else. First we came into contact with the Gay BFF who Mindy told it would get better… but he doesn’t see how it possibly could because he lives in NYC and being gay is so in. In that same high school, we also see kids take classes such as the History of Dubstep… No, I didn’t know dubstep had a history large enough to fill a class either. City kids are just too cool for school. Literally.

The 90s are in full effect. In the city high school, kids everywhere were using slime… which I definitely think was Gak… but slime is still a decent throwback. There was also a moment where Mindy struggled to sit on a bean bag chair. Slime and bean bag chairs? Bring back the 90s Mindy! Bring them back.

Mindy’s alter ego is Beyonce Pad Thai. Enough said. Oh and she briefly dresses up as Lil Wayne on the Prairie while putting together a Halloween costume. The cleverness on this show amazes me.

Mindy holds nothing back. She’s like a female Larry David. She does what she wants and says what she wants… when she wants. She’ll hook up with your boyfriend at a family gathering. She’ll tell an unattractive girl she doesn’t need condoms. She’ll have a self monologue out loud justifying why it’s okay for girls to have condoms when about to have sex with her boyfriend. She’ll basically tell you how it is no matter how rude or ridiculous she actually sounds. 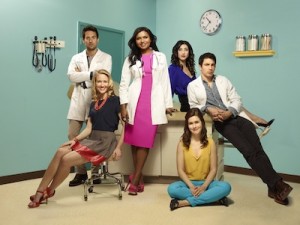 If any of the above intrigues/confuses you, then you should probably tune into the hot mess that is Mindy Lahiri every Tuesday night on Fox at 930pm. We love you Mindy!

Stars! They’re Just Like Us: Princess Kate Gets Pregnant