BUT GUESS WHAT? I ALSO HATE SUMMER.

(I mean, I can always find something to complain about…)

Here are 10 summer struggles that MUST BE STOPPED… immede: 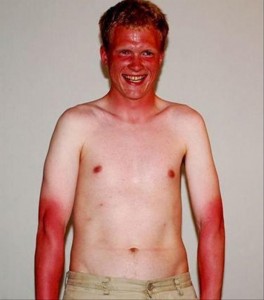 1. Avoiding bees. Sometimes when it’s nice out and I have nothing to do, I want to go on my roof. But I don’t. Because I’m terrified of bees, and a bee or two or three or four might be on the roof, waiting to attack me. MUST AVOID.

2. Traffic to Summer-Themed Destinations. Like, I want to go to the beach but… traffic.

3. Mosquito bites. Dem skeeters. They must be stopped.

4. Sunburns. And then putting on aloe. Because it’s wet and sticky and you have to avoid moving until it dries. Ain’t no one got time for that.

5. Cold offices. How is one supposed to get dressed in the morning when the forecast outdoors in 91 and sunny, and the forecast in the office is 50 and freezing? Seriously. Not even Cher Horowitz’ magical computer closet could plan for this shit.

6. Working in general. BUT I WANT TO BE OUTSIDE.

7. Sweating. Or, if you’re a straight female, being intimate with a man during summer. They’re always sweating. They literally don’t have to do anything to sweat. They can sit on the couch motionless for 12 hours and still manage to drip sweat. It’s gross, but ‘tevs. A girls gotta bone.

8. Spending money. So much fucking money. I spend basically no money in winter compared to what I spend in summer. It’s dinner, drinks, going out, vacations, margaritas, drinks, other drinks, vacations again, going out some more ALL. THE. TIME. And idk where I get the money to pay for this shit because let’s be serious – I don’t have the money to pay for all this shit. Summer steals savings. Fact.

9. Chaffing. Oh my god, chaffing. Let me tell you. If you are a human being with thighs, then you know just how bad chaffing is. And if you are a human being without thighs, can I please have your thighs? And if not, whatever. I didn’t actually want another persons legs anyway. Everything happens for a reason. Meaning I have large thighs for a reason. MAYBE CHAFFING WILL LEAD TO LIFE LONGEVITY. NO? IT WON’T? OKAY.

10. Sitting in a bathing suit. Bikini. One piece. Board shorts. Basically anything either fully exposing your stomach – or squeezing tightly on your stomach – is not going to look/feel good when sitting down. When you’re standing it’s fine because, well, your body is in a straight line and you can keep it that way – avoiding showing any rolls to the general public. And when you’re lying down it’s fine too. No, actually it’s even better… because when you’re lying down, your stomach literally reverts into your back making your stomach appear smaller than it is. Wait, this isn’t true? That fact isn’t proven by science? It’s just something I made up in my head to make myself feel OKAY when lying down in a bikini? WELL AT LEAST I’M NOT SITTING UP. Sitting up in a bikini is literally the worst thing you will ever have to do… other than, umm, a lot of other things.

4th of July at the Jersey Shore: The Local Guide 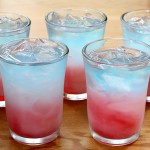 7 Patriotic Cocktails to Booze Up Your Independence Day