A week ago I boarded a plane with three friends (and my dad and little brother — but that is neither here nor there) for what was expected to be a ridiculous fucking week… and that it was. VEGAS BABY. 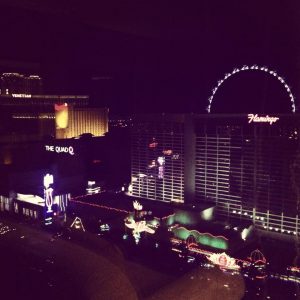 We arrived on a Tuesday night and stayed until Sunday night. Through that time, I feel like I lived another life – a really cool, really tiring, semi fucked up life. But it was awesome. I learned a lot about myself (for ex: I don’t REALLY love the heat – and neither does my skin) and a lot about life in general. If you’re going to Vegas any time soon (or just thinking about it), here are some things you should probs know. Good luck and happy raging!

1. Week-Vegas is not the same as Weekend-Vegas. I was under the impression that Vegas was party time all the time 24 hours a day 7 days a week. But when we arrived  at 3am on Tuesday night (or Wednesday morning), nothing was open. We were hungry and our only option was a Walgreens. I almost bought one of those pre-packaged sandwiches. Gross.

3. If you’re going out, you’re going to stay out all night. No drugs necessary. Unless you want them. Vegas is a go hard or stay home type of place. You’ll either be passed out or raging, and the raging literally never stops until you’re eating chicken fingers at 6am and notice the sun is out. OH HEY SUN, SUP?

4. Being on a guest list does not mean you are special. Every female in Vegas is on a guest list. All a guest list means is that you are going to wait in a very long line and get in for free, while every guy sees all the girls in line and pays $100+ to get in to the same place. Vegas baby. LINE HINT: Take turns going to the nearest bar while in line to get a drink. If you don’t, you will sober up and that won’t be ideal when you enter a very dark loud club surrounded by sweaty randoms.

5. Pick one: Day party or night party. Chances are you wont be able to do both in one day. If you are only there for 2 days though you kind of have to do both. Godspeed.

6. Eat. There is a reason ‘eat’ is part of eat, sleep, rage, repeat… If you don’t eat, you will get way too drunk, possibly cause mayhem at the topless pool, throw up repeatedly, and pass out by 730pm. Seriously. Eat. In fact, get in a cab and get your ass to In N Out. Nom nation.

7. Drink water. If there is one thing you should be doing in Vegas, it is drinking a shit load of water. I had multiple instances where I became white as a ghost and shivered as my day and/or night flashed before my eyes. Dehydration does not go well with partying. Hydrate between margs, yall.

8. Buy alcohol and snacks off the strip. It will still be expensive, but not as expensive as it is on the strip – or at your hotel – or at the club. You can’t win in Vegas. Literally. Unless you can, like, count cards. But still, that won’t get you cheap booze. If inexpensive drinking is what you’re looking for though, hopefully you’re a girl because all you have to do is find a bachelor party and hop on their party train to their bottle service. Strawberry mojitos all day mother fuckerssssss.

9. 5 days in Vegas is TOO LONG. I knew this going in, but I didn’t REALLY know until it was day 4 and I was like I have to do this again tomorrow? NOOOOOOOOOOOO. Did I do it again though? Fuck yes.

10. Give extra time for dat LAS airport. We had to take a fucking monorail to our gate. I was all like where is the Magic Kingdom? Oh and don’t be drunk when you arrive to the airport. They apparently won’t let you fly. About two hours before we had to leave for the airport I was told by a security man in the Eiffel Tower named Kevin that I was too drunk to fly. Oooooookay Kevin. But he was right. I then sucked down water for 2 hours and was good to go. This bitch got to go home. Finally. #WIN 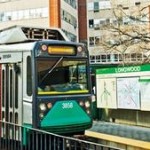 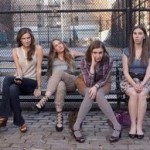 20 Things We Learn About Our 20s From Girls