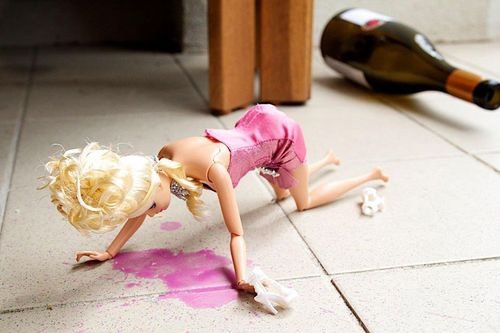 The other day I was in my overpriced workout class scoping out the scene before class started. As I looked around, all I saw were young girls chatting about Bumble and being, like, soooo hungover. I wondered how all of these college students could afford such an expensive exercise class. I mean, when I was in college, I went to the school’s fitness center which was free or in other words, included in my tuition. I could not afford more than three lean cuisines a week, never mind a trendy fitness class.

But then I realized something. These young ladies might not be in college anymore. They might be recent grads. Or even worse — they might have graduated college a few years ago.

When I realized this, I sat there looking in the mirror thinking, ‘damn, you are getting old,’ until class started and all I could think was ‘when does this end?’

Here are 11 moments that will make you exclaim ‘I’m old’ just like I did the other day.

1. When younger people ask you how to do things you used to ask your mom how to do, and you can successfully answer them.

2. When you agree with your parents more about what good music is than younger people.

3. When you don’t know what an abbreviation means.

Yes, we like invented abbreves, but now a new generation is inventing their own abbreves and they aren’t sharing them with us. Help.

4. When you don’t know what the hottest social networks are anymore.

Hint: It’s not Facebook. No one uses Facebook anymore (except us old folk). They use ‘vsco.’ WHAT THE FUCK IS VSCO?

5. When you go shopping for ‘going out clothes.’

Shopping amongst teenagers and college students can be a bit overwhelming and scary. Like, should you be picking out the same romper as the 16-year-old standing next to you, or should you just leave and go buy clothes for work from Banana Republic? Is this a sign that you’re not supposed to go out anymore? Because help.

6. When Facebook tells you to celebrate the fact you became friends with so-and-so a million years ago, even though it feels like yesterday.

7. When you’re listening to the radio or a Spotify playlist that is playing ‘throwbacks’ and songs from college (or after college) come on.

These are not throwbacks. These songs just came out. Where are Biggie and Puff Daddy (that’s right, not even Diddy)? I came here for them — not young Bieber.

8. When you go out to bars you used to go to alllllll the time, but they’re overflowing with kids younger than your youngest sibling.

Here’s a fun thought. When I turned 21, today’s 21-year-olds were 15. They were sophomores in high school, which might seem like a mature age if you think most youths live like the kids on Gossip Girl or The OC, but for most of us, 15 is a very innocent age (even if it does involve woods drinking and make out sessions).

9. When you realize you’re older than, as old as, or just about as old as your parents were when they gave birth to you.

And if you’re a female no where near having kids, realizing that you might have to, like, freeze your eggs so you can make sure you can eventually still have kids one day because you’re getting to ‘that’ age.

Remember when you didn’t used to get hungover because your body could handle and was used to binge drinking? Yeah, not so much anymore, sorry.

11. When you think people around you are college students because they seem young, but they are actually out of college and are just younger than you. 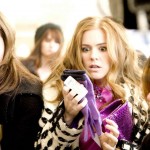 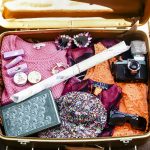