I remember when I used to call camp ‘work.’ Granted I was getting paid for it (like 1 dollar an hour), but it was not work. I might not have been a camper anymore (which I was for like my whole childhood life), but I was doing the same things I was doing when I was a camper. I was playing games in fields. I was lounging by the pool. I was getting tan. I was floating around in boats. And I complained every day because I had to go to ‘work.’

Now, I really have to work. I don’t have a Summer. I’m inside during the week and have two days to possibly spend outside, depending on weather — and my busy schedule of course. I would give anything to go back to the days where I thought sitting on a bench watching children play kickball (me? participate?) was work.

Here are 10 things I miss most about those Summers… spent both at sleepaway and day camp… as both a camper and counselor. Enjoy.

1. Arts and Crafts. I made some fabulous things in arts and crafts at camp. Book ends, wooden concoctions with string, and ummm I can’t really remember what else other than those damn wooden things with nails and string. OH WAIT — What about the art made when you wrote with the rainbow chalk all over the shiny black paper. What was that called? Because it was the best. Tie dye underwear was a winner too. ‘Hehe I tie dyed my thong! And its hanging by a clothes pin outside!’ So. badass.

2. Free Swim. That was a hectic time. Kids. everywhere. I either spent my time in the crowded pool (after they blew the whistle), possibly going down the slide (if the line wasn’t too long — why were we so obsessed with the slide?) OR I sat on a towel hanging out with friends and annoying counselors. The best part about free swim was that you didn’t have to go in the pool, unlike swimming lessons, where you had to have a note in order to skip getting wet. The worst (slash best, because it got you out of swimming) was if you had your period, and you had to have a note saying you couldn’t swim because you had your period. Awk. I never experienced this, but for those who ‘matured early,’ it was not an easy task. As a counselor, free swim was equivalent to fucking around time AKA not doing anything. I sometimes got paid to do nothing…  And I was mad.

3. Macrame. Doing macrame (aka making ‘friendship bracelets‘ for all of you normal people) was my favorite. I made a mean bracelet back in my day, usually in Chinese staircase form. But also maybe candy stripe if I wanted to get serious. And there were many attempts at arrow, but that way too much effort. Looking back on it, how did we even learn of these patterns? Can you imagine if we had the Internet back then? We could have done so much more with all that string we got from Michaels and then stored in those clear boxes we all had…. 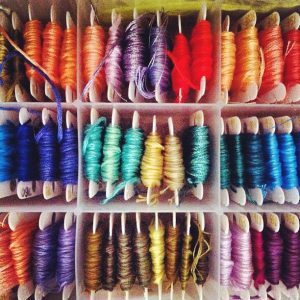 There are so many more designs and patterns now! All we had back then was that book. Yeah, you remember it. 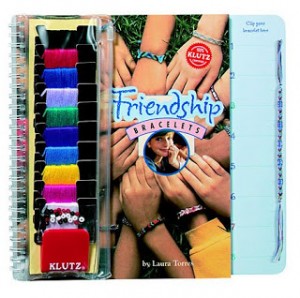 Oh, and Gimp was for pussies. Just sayin’.

4. Stay Overs. At sleepaway camp, every day was a stay over… but at day camp there was one day (a month) where we got to stay LATE. Late meaning 9pm. As a camper, the stay over was a magical thing. We had more time to go boating, do arts and crafts, swim, and we got free pizza. The main event, though, was of course the dance, which featured a lot of YMCAing and a lot of electric sliding. And cotton eyed joe-ing. And maybe even some limbo. And, on a good year, glow sticks.

6. Not Being Afraid Of Lakes. Sleepaway camp was the only time — and I repeat only time — where I didn’t care about swimming in a lake. And I mean outside the ‘safe swimming’ barrier. I broke out of my comfort zone (wait, did I have one back then?) and did wind surfing, synchronized swimming, sailing, I even swam to the boys camp way across the lake. Like, I swam in uncharted gross, disgusting lake water with all of those water flies that scarily sit on the lake. AHH. I was so dangerous back then. What happened? Now, I’ll go kayaking, but like God forbid I fall in. My body touching lake water? No thanks.

7. Pillo Polo. I used to think this was a game played only at my day camp, until just now when I googled it and found out it was in fact a real thing. NEVER LIFT YOUR STICK ABOVE YOUR KNEES. Thanks. 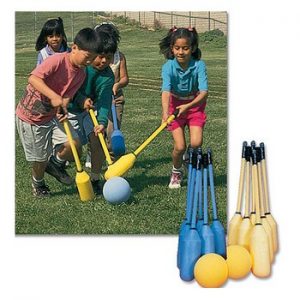 8. Singing in the Dining Hall. So many songs, so little time. I still have playlists on my computer of songs that remind me of camp. And I still know the words to certain songs due to singing them in the dining hall. Yeah, there were the made-for-your-camp-originals, but there was also frequent belting out of songs such as Build Me Up Buttercup, Hangin Tough, and Ice Ice Baby. It was such a happy time.

9. Chill Lines. Nothing was better than getting the chills. Perhaps your friend would crack an egg on your head and let the yolk the drip down (this whole time, I thought it was oak… never put that together… oops) OR perhaps she would do that thing where you were walking through a dark cave and then she would push you and you would see a color (what did that even mean?) ORRRR she would just draw shit on your back. The smartest idea we ever had was creating a ‘chills circle’ so no one would be left out. The worst thing ever was being in the back of a chills line… Why give when you’re not going to receive? As a counselor, I grew weirded out by giving/getting the chills from young girls, but hey — I did it anyway. If only my boyfriend practiced giving the chills at day camp for years on years on years… because now, I can’t ask anyone to form a chills line without seeming sexually frustrated.

9. Karaoke. The best part of day camp for me was karaoke. Like, the amount of times I got on the stage to perform ‘Baby… One More Time’ is infinite. As is the amount of dances made up to such classics to go along with the karaoke performance… and the amount of fights had by cliques trying to one up each others’ dances. It was a time.

10. Color War. This event used to be the thing to look forward to, until a camp-who-shall-not-be-named decided to make their motto ‘everyone wins.’ And since there isn’t a contest without a loser, it wasn’t a contest. Color War was on par with song contests and ‘chant’ contests. Songs I sang about my group/cabin, or color war team, were to the tunes of many songs including Mr. Jones, 3am by Matchbox Twenty, and Closer to Fine by Indigo Girls. Yup.

11. Picture Day. Talk about fashON. On picture day, you had to wear your camp t-shirt… but as a pre-fashionista, I of course brought a second outfit. I couldn’t be caught dead in that t-shirt all day. My multiple outfits came in handy as a camper, like when I accidentally spilled a lunchable pizza right on my shirt. Because of this incident, I got to rock a Spice Girls t-shirt with matching hat (I went to the concert the night before with my dad — girl power) in the picture. I kind of stuck out. Never forget.

13. The Bus. Maybe it wasn’t the most glamorous aspect of camp, but it sure was fun when I was young. I didn’t even listen to my discman that much because I was always chatting with the other people on the bus. The back of the bus. Friends were made, songs were sang, it was glorrrrrious. Also, isn’t it weird that the bus never got into traffic? Made no sense.

14. Rainy Days. SO YOU ARE SAYING I CAN WATCH MOVIES ALL DAY LONG — AND GET PAID FOR IT, WHEN A COUNSELOR? Hello. Not to mention, rainy days at day camp meant indoor activities all day. And guess what? Counselors don’t run indoor activities. So what did I do all day when a counselor? Nothing. At sleepaway camp, rainy days were special because you lived in a cabin so you didn’t give a shit and you would run around through the mud for fun. And thunder storms? Even better. AND A STORY: One time at day camp there was a tornado warning and we all had to walk through the woods to the school next door for shelter (this was before said camp became not-a-real-camp with upscale indoor facilities) and it was the scariest day of my life, and I forever fear tornadoes because of it… but WHAT A MEMORY! I miss it.

15. Events (For Ex: Penny Dives, Campfires, and Talent Shows). Not only did I enjoy socializing every day with my friends (campers or counselors), but events were even more enjoyable. At day camp, we had carnival day (which to one’s surprise had absolutely no carnival rides — but it did have a super cheap dunk tank, so that was fun), a penny dive (where everyone somehow won the same amount of candy because… everyone won… which was impossible), and more… and at sleepaway camp we had this crazy mission impossible hunt, talent shows where I choreographed some pretty awesome dance routines, field and water Olympics, campfires where we sang The General, dances with the opposite sex, and more. As I got older, I thought of these things as lame annoyances, but I would give so much to go back to the days of being excited for these events… and the days of camp in general. So much.

For now, I’ll do this… until I can go to camp again. 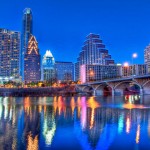 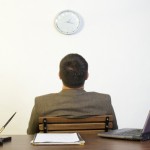 Is Being a Standard 9-5’er All That Horrible?