1. FU: Those are just the University’s initials so you had total permission to wear anything and everything with the initial FU from bumper stickers, to hats and shirts. Oh and not to mention our spirit chant at football games, “FU one time, FU two time, FU three times, FU alllll the time” – double-entendre anyone? Four years of undergrad was really the only time chanting FU is acceptable.

2. Iconic Belltower: Picturesque postcard material. The bell tower could often be heard playing tunes such as the score from Harry Potter, Christmas music or random Happy Birthday jingles. A “secret” society had access to the room to play the bells. 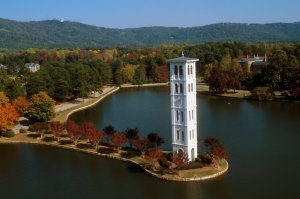 3. Kodak Moment Photo Ops: Watching all the beautiful weddings and other life changing moments like baby photo ops and prom. Oh did I mention we routinely are on the top of our game for one of the “Most Beautiful College Campuses!?” At least Forbes thinks so. 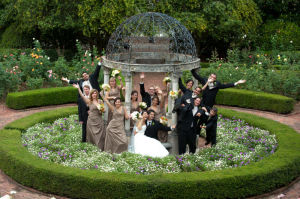 4. Off-Campus Dining: Fine off-campus eateries such as Cookout and JOT (Joy of Tokyo.)  Where quesadillas were a side item and unlimited white sauce was self-serve. If only both would come to South FL…Fast-food heaven.

5. Lake Furman: Stories from professors about that time when the lake was swimmable and not ridden with e coli and other hazardous bacteria. And not to mention the ceremonial birthday lake toss – regardless if there was snow on the ground. 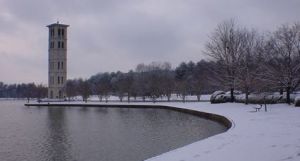 6. The Library: Parties at James B. Duke (the study, party that is first floor of the library.) 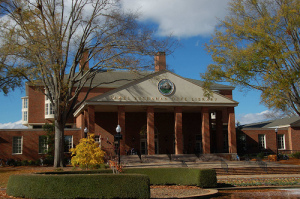 7. White Oaks: Tour of the President’s house during O-week complete with fictitious stories I believed a bit too long.

8. Frat Houses: RIP the TKE House. Although it only existed for my freshman year (2008) it was my first themed frat party. May the memories or lack there of from Rockstar ’08 live on.

9. Rose Garden: The beauty of the Rose Garden when in bloom. The best part was the roses the gardeners would cut and leave on the hedges for everyone to take. Not enough guys took advantage of the free rose opportunity. 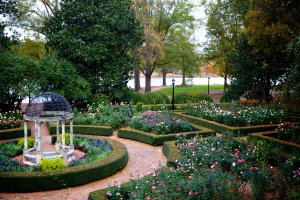 10. The DH: Thanksgiving buffet dinner at the DH was the BEST. Not to mention Harry Potter themed nights. 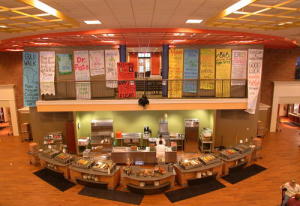 11. G-vegas: Downtown Greenville is perhaps the most quaint yet lively downtown I have visited. Not to mention the infamous Tiger slushie, nice dinners at The Lazy Goat during parents’ weekend, fireworks and $1 beer nights at The Drive, Fall for Greenville, a natural waterfall, suspension bridge, ice cream from Spill the Beans and coffee from Coffee Underground.

12. The Fountains: Fountain Hopping (unless FUPO ended the fun early) was a bucket list item must! As well as senior day when you were basically “required” to take a dip in the fountain outside the library.

13. Ant Hall: As if walking in the basement to do laundry down a dimly lit and damp hallway wasn’t creepy enough in the Lakeside dorms. This mural was there to add to the creepy ambiance. It’s so creepy, I couldn’t even find a photo. But if you ever did laundry in Lakeside, you experienced it.

14. Swamp Rabbit Trail: A glorious flat and car-free path that was outside the back gate of campus that led up to Traveler’s Rest (yes that is a legit name of a town) and all the way through Downtown Greenville and through Falls Park. Perfection. 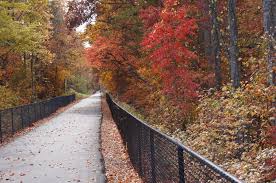 15. The Drunk Bus: Whats’s better than your friends and peers drive you around to go to bars and parties in a 15-passenger van with drunk college kids and all for free? A few things, but not many. Let’s just say this doesn’t happen as often in the real world. Uber and taxis are not as fun or as cheap. 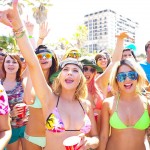