1. You’re part of the last generation that played outside instead of getting on a computer, a phone or a gaming system.

2. And one day you’ll be able to say to your grandchildren, “when I was your age, we had to use the computer lab at school to write our papers.”

3. But then your parents got a computer and it was super fun.

4. We got in at the ground floor of the internet and have experienced first-hand the changes it has created in our society, which is pretty cool.

5. Because we didn’t have cell phones, we were much better about being on time.

6. And we developed phone etiquette because we always had to call our friend’s house lines and talk to their parents.

7. Our education was awesome. Like for instance, we had AIM to teach us typing.

8. Bill Nye to teach us science.

9. The president to teach us about sex.

10. And the Animaniacs to teach us everything else.

11. Some people argue that 90’s music sucked, but we had the Golden Age of hip hop and rap, grunge, alternative rock, ska, techno and contemporary country.

12. Did I mention the rise of female hip hop?

14. Plus, our clothing was super comfy and great for dancing.

15. And our toys weren’t that bad either.

16. We got participation ribbons even though we sucked at sports, which made us feel better about ourselves.

17. And because we grew up during a period of economic growth and technological breakthrough, we believed in the notion of limitless potential and possibility. We were raised to work hard, think creatively, and dream big. Don’t let any crotchety op-ed writers tell you otherwise. 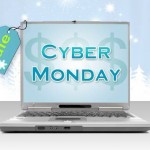