I got my first screen name in the 3rd grade. It was Sammi123. I didn’t even spell my name with an “i,” nor did I really go by “Sammy,” so I have no idea where that screen name came from (nor do I understand where glitrgrl88, messedcheerleadr, & dancer4lyfe45 came from later in life either) but whatever – this has nothing to do with the rest of the “article.” The point is that I’ve been messed up in this world of technology and instant communication since I was, like, 8 years old and it has posed a huge problem for me: I cannot survive without technology.

That’s why it is so hard for me to understand how people lived before the Internet. And cell phones. And texting. And Google Maps. And blogs. And Tinder. Seriously. How did people do it???

Below are many questions I have for people who spent their twenties living without all of the above things mentioned. And before you start rolling your eyes, I know there are actual answers to all of these questions and I know our generation (and basically every generation to come) is privileged beyond belief to not actually KNOW the answers to these questions, but hey — that’s the point. Enjoy.

3. How did you know who was calling you before you picked up the phone? Did you just answer the phone without knowing who was going to be on the other end? That sounds so… adventurous.

4. How did you rid of the fear that is calling people? I’m the girl who has skipped appointments and put off apartment hunting just because I have no interest dealing with phone conversations with someone other than my mom or boyfriend.

6. How did you find people to date in the first place??? It’s hard enough to find someone to date online these days. How did you so many people find significant others back then?

7. How did you keep tabs on exes? Oh wait, you didn’t? That sounds smart. And also healthy. TOO BAD THE INTERNET HAPPENED.

8. How did you keep tabs on what your entire graduating class from high school was doing? You mean that’s was reunions were for? I thought reunions were for seeing all those people you witnessed becoming fat on Facebook in person.

9. How did you look for jobs? And then apply to jobs? But seriously. This is a legit question. And when you did find jobs, how did you apply? Did you manually write cover letters? And resumes? THE HORROR.

10. How did your parents get in touch with you when you were out? This might have been the only perk of life before internet. Less annoying parents.

11. How did your survive waiting for meetings, appointments, trains, or anything without being able to pass time by pretending to look busy on your phone? Like how did you avoid eye contact with people? Did you READ A BOOK? Did you stare at the wall? Did you play with your fingers? Confused.

12. How did you do ANYTHING at work before email? Now if the internet doesn’t work, offices basically shut down. But once upon a time internet didn’t work, so please someone tell me how that all went down.

13. How did you tell co-workers (or someone else you were meeting) that you were going to be late when you were stuck in traffic or stuck on some disabled subway car? Did you just risk getting fired all the time? Or was life better because people didn’t expect you to be in constant communication all the time. Probs that.

14. How did you sign up for classes at the gym? Did you have to like, physically GO to the gym and sign up by writing your name on a piece of paper hours or days before the class took place? Because that’s just, like, a huuuuge inconvenience.

15. How did you know where you were or where you were going ever? Did you have carry around a real live map on you at all times? Did you also have a compass? Were you also John Smith in Pocahontas? I’m onto you…

16. What did you have to do if you broke down on the side of the road? I know, I know. Payphones existed. But did they exist everywhere? Were you, like, the subject of a Lifetime movie where you had to walk the streets until you found a house and hope a rapist/murderer didn’t open the door after you knocked?

17. How did you always have change on you to use these pay phones? Did you really carry a bunch of cash and coins on you??? LOL, WHAT IS MONEY THAT IS NOT ON A CREDIT CARD.

18. How did you research anything for school? Did you have to go through the Encyclopedia? Do youths even know what Encyclopedias are? Because I doubt it. But anyway, how did you pass school?

19. How did you find out about the weather? Did you have to watch The Weather Channel? Because, if so, that sucks.

20. How did you stay in touch with friends? Did you only have, like, 3 friends? Because that is a huge undertaking to keep in touch with any more than 3 people on a regular basis via a phone you could only use at home. I can barely stay in touch with people through texting and gchat and email and Facebook and Instagram and Twitter… Life must have been real hard back then, guys.

So wait. We are all totally screwed now. From my above questioning, you can see that we have mass anxiety and cannot handle the thought of not being in constant communication with anyone and everyone. That is not okay. We also are super lazy and hate the thought of doing anything that involves effort. And we know way too much about everything and everyone. There are no mysteries to life anymore. Excitement is basically gone.

At least this is accurate about life before the internet. 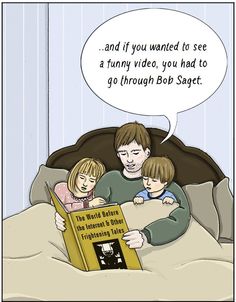 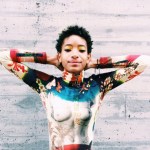 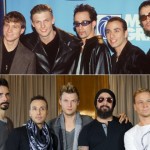 Backstreet’s Back… And Coming To A Screen Near You