Fall is full of things to look forward to. Although the warm weather comes to an end, the beginning of Football, the pretty Fall foliage, and the countdown to the holiday season keep us going. After Thanksgiving, the Christmas countdown is on in every clothing store, grocery store, and on every radio station. People are shopping. People are eating. People are giving you free food to eat. People are taking vacations. But most importantly, people are in this rare, intensely happy mood.

The closer to Christmas, the more songs dedicated to the holiday are played on the radio. The more parking spots are taken up at the mall. The more crap people eat. And the happier their spirits are. This goes for people who don’t even celebrate Christmas.

Well now, Christmas is now over. You are probably looking forward to New Year’s Eve and are super excited for the fun night you have planned with your friends, your significant other, and/or your family. However, take a moment to think about the point of New Year’s Eve. You are counting down to January 1st. Despite the fact that it is the start of the new year, it is also the start of a long period where you have absolutely nothing to look forward to except cold temperatures, snow, and no holidays. Just like the shock and confusion that came over you the day after Christmas, that same shock and confusion will re-emerge after the ball drops on New Years Eve. “How is it over already?” and “What’s next?” will be the two questions you ask yourself over and over again until you accept the fact that it is now winter – the season of misery – and you will have deal with cold weather, static-y hair, snow, and miserable people until warm weather starts to creep in again. No, not everyone has to deal with a real winter like we do in the northeast… but unfortunately, we can’t all live in Miami, so that’s what happens.

The Post-Holiday Slump begins the day after Christmas – even though you aren’t ready to admit it yet. You go from being this extremely happy idiot to this average person struggling to find something else as cool as Christmas to look forward to. Right now, you are either back at work wishing you were shopping or you are savoring the last few days of your vacation time, thinking about all the work you will have to do when you go back. Sure, you have New Years to look forward to after Christmas… but the more you build that night up, the more you will be let down the day after. And unfortunately, we are pressured to build the night up… As in we cannot spend NYE alone because that is socially unacceptable. And how embarrassing would it be to tell a friend or a co-worker that you stayed in, after they tell you about their crazy night at a swanky open bar party? Maybe you’re lucky and were able to get all your friends together for a night of fun at a party… Or, if you are not part of those 5% of 20 somethings,  your friends are most likely all at odds. Not everyone will agree on spending the same amount of money. Some people will go out with college friends. Others with high school friends. Some will travel. And others will wait around for their best option, and most often will wait so long that all the tickets sell out to every bar and party their friends are attending. Basically, a twenty something on NYE has two options (unless you have plans for a kick ass house party with all your friends)  – 1. Get sucked in to spending an absurd amount of money on a cover charge and outfit to be crammed in a room full of strangers, unable to get to the bar, slowly becoming sober… Or 2. Stay in with friends, the boyfriend/girlfriend, the family, the kids your babysitting, or yourself. Both options don’t seem like they’ll give you the fabulous, movie-like New Year’s Eve you’re looking forward to… do they?

After the highly anticipated (and overrated) New Year’s Eve, the reality of the Post-Holiday Slump sets in and you realize that you are a victim. You won’t feel any different after New Year’s Eve… just slightly colder and probably hungover. You won’t be doing anything different than what you were doing a few weeks before, unless you’re starting a new job, giving birth to a child, getting married, or moving to a new place on New Year’s Eve/Day. If you are not part of those 1% of people, you will most likely be working the same job, attending the same school if you’re a student, or continuing to look for a job if you’re unemployed. You might make a “New Year’s Resolution,” even though you should have started it weeks ago when you decided to make it a “resolution.” For example – Maybe you’re one of those people who starts frequenting the gym January 2nd, hogging the treadmills from the regulars… never to be seen at the gym again after March.

The Post-Holiday Slump sucks. Maybe if people didn’t build up these holidays so much, we wouldn’t feel so shitty after. Or maybe we still would, simply because winter and work aren’t our two favorite things when put together. Even college students experience the Post-Holiday slump, even though they don’t have to go back to school for a few weeks… I remember Winter Break became kinda boring post-NYE. 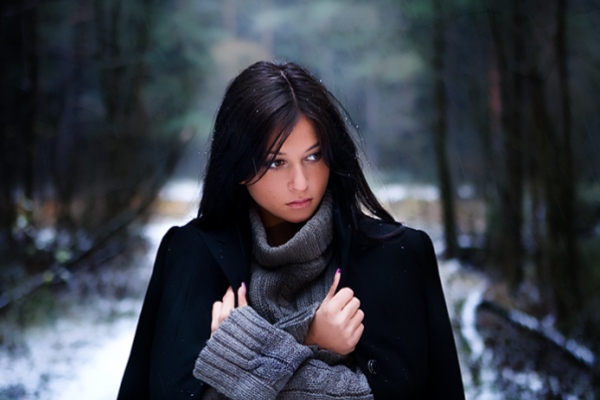 Since you’re most likely in a bad mood because of this lovely, uplifting post… I bring to you reasons to not be a completely miserable person post-holidays:

1. If you ski/snowboard, this is your season! And if you don’t, you could take a trip with friends to a ski lodge and sit in the warmth and drink all weekend (or take a “spring break” like trip somewhere warm).

2. People don’t go out as much during the winter. Sure, this may sound like a downer, but this is actually a good thing because you will save money…

4. When it’s shitty outside, it’s fun to stay in with friends, your significant other, or yourself and watch movies or a TV series (or write a blog).

5. As each day goes on, the closer you are getting to spring.

Yeah, that’s about all I can think of. What do you look forward to after the holidays? There’s got to be something. So hold on to whatever that is, and try not to let the Post-Holiday Slump ruin your spirits this winter! After all, we wouldn’t appreciate summer so much if it wasn’t for winter.

What To Do With Gifts You Don’t Want