Every year on the 5th of May, 20-somethings everywhere break out their inner Mexicans and rage like there is no tomorrow. They wear oversized sombreros while drinking large, icy cold margaritas (thirsty anyone?). They eat tortilla chips with guac and salsa. They purchase big bottles of patron (okay, fine – more like large bottles of cheap tequila) and they fill up on coronas. And they make sure they have enough limes to do all of this and more.

I’m sure 90% of 20-somethings out there have no idea (and don’t really give a shit) what the point of Cinco de Mayo is (like from a historical standpoint – boring). All we know is that May 5th is a day dedicated to drinking thanks to some Mexican people and their beloved tequila (I know this from Entourage).

In honor of Cinco de Mayo, we have devised a list of 10 things 20-something post-grads must do in order to have a successful fiesta this Saturday – from the pre-game to the party to the bar to the (bull) fight: 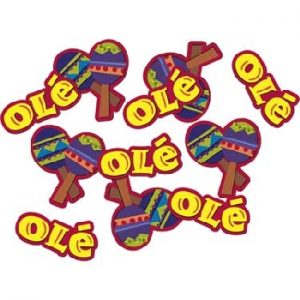 Where Are They Now? One Year Later: Sarah Matthews

Where Are They Now? One Year Later: Taylor Craven