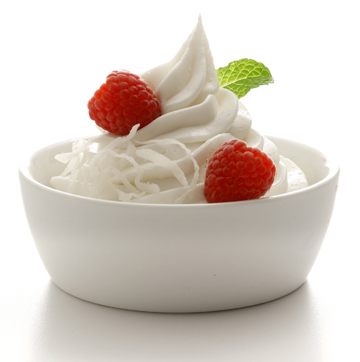 Fro-yo is probably one of the greatest things to touch down upon planet Earth. And I’m not talking about the “frozen yogurt” Friendlys (RIP) sells… I’m talking about legit yogurt that is legit frozen. The healthy stuff. Sure, it doesn’t taste like hard or soft ice cream… but it is definitely just as good – if not better (which I think it is). I can’t even eat regular ice cream anymore – It just tastes like a stomach ache and bloating. Fro-yo, on the other hand, tastes like weight loss and rainbows.

When I “studied abroad” in LA in 09, one of the many things I learned about their culture was that frozen yogurt to them was like water to everyone else. If you weren’t eating frozen yogurt, you either weren’t eating at all – or you were an obese outcast waiting in the longest line of your life at the In-N-Out drive thru.

Basically, there was a place serving fro-yo at every street corner. People flocked to fro-yo places once, twice, or three times a day (breakfast, lunch, dinner). After getting used to a strict fro-yo diet, it was hard to go back to the east coast. The closest thing I had to make your own fro-yo was this convenience store in Ithaca, NY that had soft, low calorie ICE CREAM that they called “frozen yogurt,” every single horrible-for-you topping that exists, and strawberries that were no where near fresh. And home in Boston, there were only ice cream places… That tart-like fro-yo from LA was no where to be found.

Of course, the king of all frozen yogurt chains – Pinkberry – had some locations in NYC at this time, but not enough. Thankfully, it wasn’t long before people caught on to LA (as usual), and the fro-yo craze started to take over the east coast. Pinkberrys began opening everywhere… I once again found myself succombing to the sweet taste and healthy choice that is fro-yo. 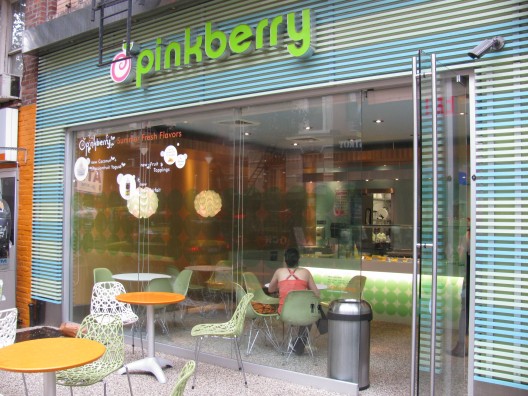 All kinds of fro-yo stores are popping up everywhere. Places such as Pinkberry and Red Mango serve you so you know exactly how many calories you’re taking in and so you don’t have to do anything except tell the person who works there what you want. Then there are places where you make your own fro-yo… As in control your portion of yogurt, add as many toppings as you want, and pay by the pound. The only problem with this is that no one wants to be the fat friend… so you and your friends will watch each other to make sure your aren’t taking more than the other. The person whose fro-yo costs the least wins! 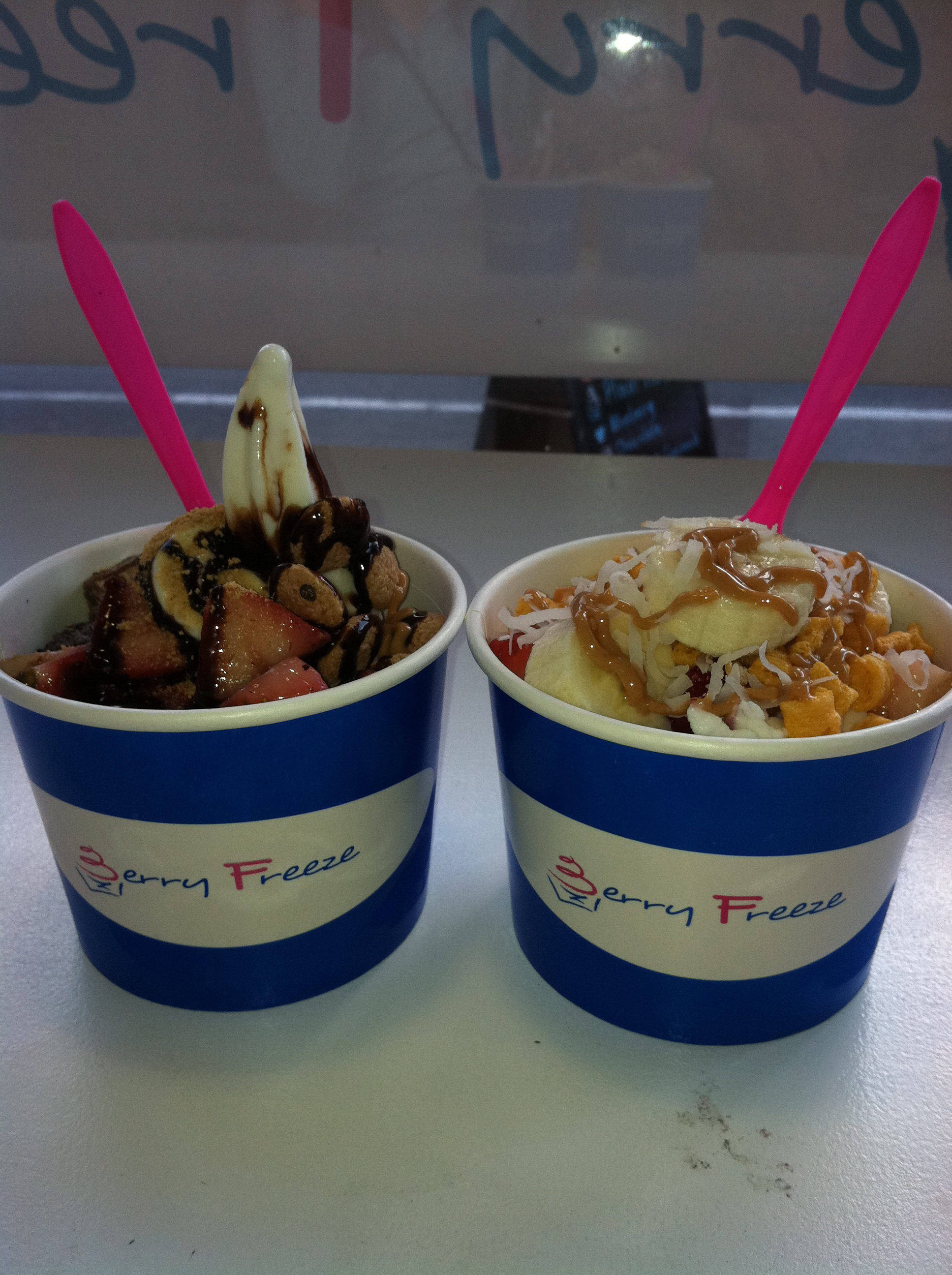 Fro-yo is great for everyone. You can get it plain… or you can get it in your favorite flavor. They have seasonal flavors too like Pumpkin (my fave), which is only available in the fall! Depending where you go, there can be flavors of vanilla, coconut, peanut butter, pomegranate, ETC. You would be surprised of all the crazy flavors there are at the different fro-yo stores. 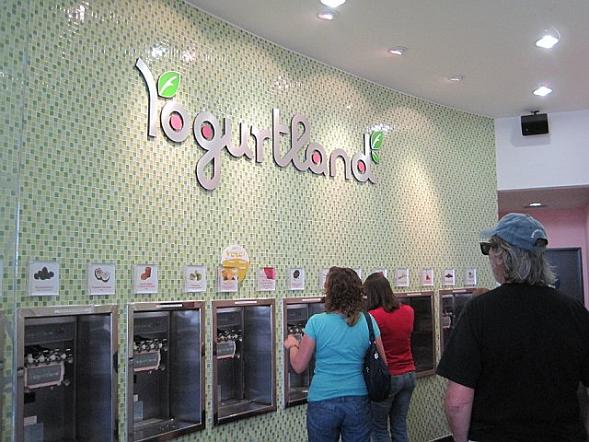 The flavors are not the only diverse thing about fro-yo, though – the TOPPINGS are what make it special. If you’re feeling healthy (which I’m sure most of you always are), you can get fruit – My personal choice is strawberries and bananas. You can also get different kinds of cereal (Captain Crunch is a fave). AND, if you’re feeling dangerous (perhaps hungover?), you can put chocolate candy toppings all over your healthy fro-yo (not my choice). 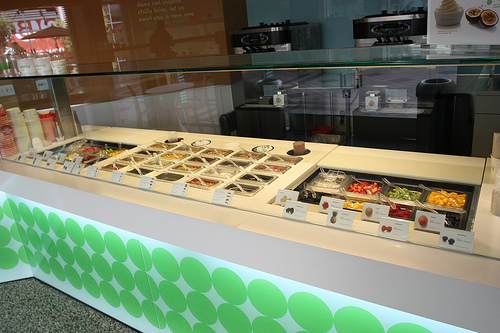 If you have yet to experience fro-yo (the real kind), you need to get on that immediately. Look online at the closest fro-yo stores to you and head there NOW. You will not regret.