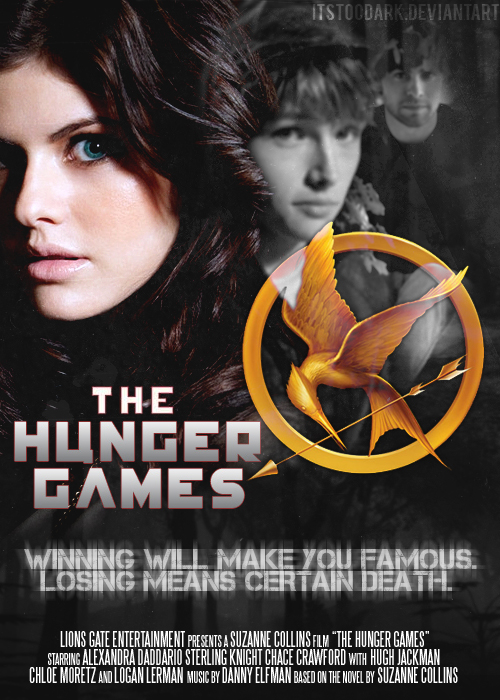 As a (pop) culturally aware twenty-something, I’m going to assume that you’ve heard of a little book series turned movie called The Hunger Games. If not, here’s a quick overview: The trilogy follows heroine Katniss Everdeen as she fights for her life in a futuristic, dystopian society that forces teenagers to battle to the death in an annual gladiator type event called, you guessed it, the Hunger Games. Did I mention that the event is televised, so that the whole country can watch? Apparently reality TV has gotten a little out of hand in the future. Oh yeah, and to counter all of the gore and violence, author Suzanne Collins threw a love triangle subplot into the mix as well.

Now, I know what you’re thinking..the recent hype around the Hunger Games probably reminds you of a certain other popular young adult series that was adapted for film and caused teenage girls to go into screaming fits whenever Taylor Lautner flashed his six pack. But fear not, twenty-somethings. The Hunger Games is absolutely nothing like Twilight. Katniss could easily kick Bella’s ass before any vampires or werewolves showed up to defend her. And unlike Twilight, which largely attracted tweens and cougars, The Hunger Games offers mass appeal. It really has something for everyone — action, drama, romance and if you really want to read into it, a deeper look at society as a whole. The series has even inspired fashionistas everywhere thanks to the over the top costumes worn by some of the main characters.

The Hunger Games movie is released nationwide on Friday, have you bought your tickets yet? If you’re one of those “I have to read the book first” types, locate the nearest tween and borrow their copy.

Still need a reason to see the movie? How about the combination of Jennifer Lawrence, Elizabeth Banks, Stanley Tucci, Woody Harrelson, Lenny Kravitz, Liam Hemsworth and Donald Sutherland on screen?

How I Am Casually Bullshiting My Way Through Life