‘Theme parties’ may seem ‘so college’ to you… or ‘so high school’… but that doesn’t mean you can’t take part in them anymore! Believe me. The post-college theme party may even be better than the in-college theme party (well, probably not, but you can try). Think about it. Since you actually have money, you can afford costumes and clothes to dress up in – and decorations to match. You never have house parties anymore, so this would be something ‘different’ – a change. You probably have your own place and won’t have to worry about getting caught by the cops (imagine this: beer olympics 2008 – I was dressed as ‘Germany’ with face paint running down my cheeks when the cops showed up). And you don’t have to worry about looking like a fool in front of hundreds of people you know (at the post-college party, it will most likely be friends and strangers with no in between).

In college, my friends had a Jock Jams party. It was awesome except for the million randoms that showed up and the cops that eventually busted it. So, in effort to restore my love for Jock Jams, my roommates and I held a ‘jock jams’ party the weekend before the Super Bowl. It was very fitting because of the sports and football aspect, but it definitely didn’t need to happen then. We could have had this party any day of the year and it would have been just as awesome. What to wear: Jerseys, shorts, cut off t’s, gym clothes, sweat bands. What to listen to: Jock Jams. What to drink: Red bull and vodka. Maximum energy. 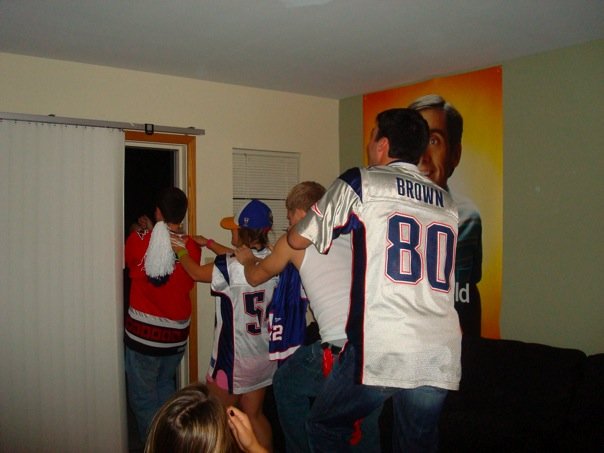 I have no idea where the combination of these two things came from, but one summer my friends and I decided to have a ‘pirates and 151’ night. This meant dress like a pirate and drink 151. Weird, I know. But it happened and it was fun. What to wear: Eye patch, fake bird on shoulder, bandana, pirate hat, not sure what else… What to listen to: Whatever you want. You won’t even know what you’re listening to after you start drinking 151. What to drink: Well, duh… 151.

Night At The Roxbury 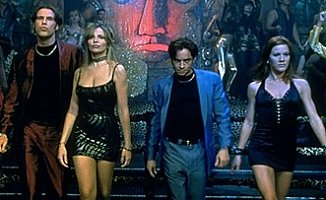 Yes, you may be thinking ‘that is sooo cliche,’ and yes, it is very cliche… but I still love it. First of all, it’s easy to find clothes… or cut up some old gym shirts you never wear. Second, making a playlist is a piece of cake. And third, who doesn’t love the 80s? What to wear: 80s clothes, duh. Crimp your hair or put it in a side pony (OR puff it up), wear cut off shirts that expose your shoulder(s), or wear workout clothes. Channel your inner Breakfast Club character if need be. What to listen to: 80s music, duh. A little MJ, NKOTB, Prince, Bon Jovi, The Bangles, and old school Madonna. What to drink: Jungle juice.

Just read about this and think it needs to happen ASAP. It is how it sounds… What to wear: Tight clothes that are bright. Think only neon colors… tight pants… tight shirts… Men will look hilarious. What to listen to: 80s music, 90s techno, jock jams, work out music… this is like a combination of all parties. What to drink: Something bright… Maybe neon-ize the jungle juice. 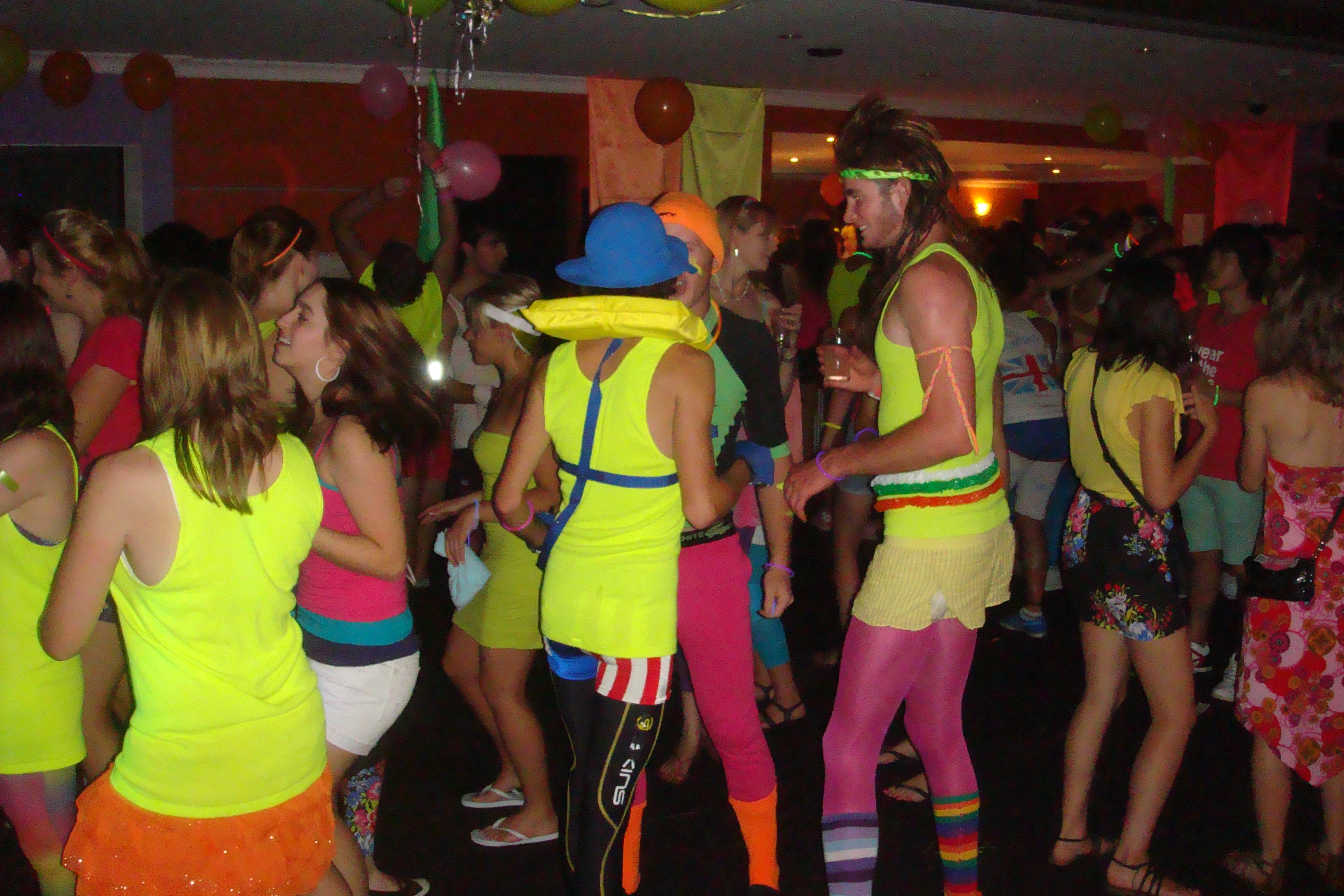 Everyone loves Beer Olympics. You play games, you have teams, you compete. And in the end, everyone is too drunk to know what the hell is going on… so everyone wins! What to wear: The colors of the country’s team you’re on; shirts your team made for the olympics; a flag; whatever you want! Just match your team members. What to listen to: People chanting. What to drink: BEER.

This is by far the most awkward party of them all. I picture this party occurring at MIT (math nerds love a good rubik’s cube) and everyone awkwardly taking items of clothing off one by one. However, I want to have a rubik’s cube party SOO bad. What to wear: Different items of clothing that are each a different color of the the rubik’s cube… By the end of the night you should have switched clothes w enough people to be wearing only ONE, solid color. For example – every item of clothing you are wearing should be red. What to listen to: The Zoolander theme song on repeat. What to drink: Jello shots in each color of a rubik’s cube.

What is your favorite kind of theme party? Share your ideas with us in the comments!

Adult Prom: Because We Need an Excuse to Dress Up