Life After College, We Miss College
October 23, 2014
by Kristen Malm
1

1. Living A Mile Away From The Beach.

Monmouth is known for being in walking distance from the beach. I dearly miss walking to the beach on nice days (and even not the nicest days), getting Dunkin Donuts, and sitting on the boardwalk watching the waves. I miss seeing all the Orthodox Jews wandering around outside with their families covered in black clothing from head to toe and wearing yamakas with their little curly side burns hanging out. Beach on the weekends? Of course. Beach in between classes? Yes. Beach instead of going to class? Yep. Although I was never one to skip class to go to the beach on a beautiful day but I know some people did and looking back I totally should have. What was I thinking?? 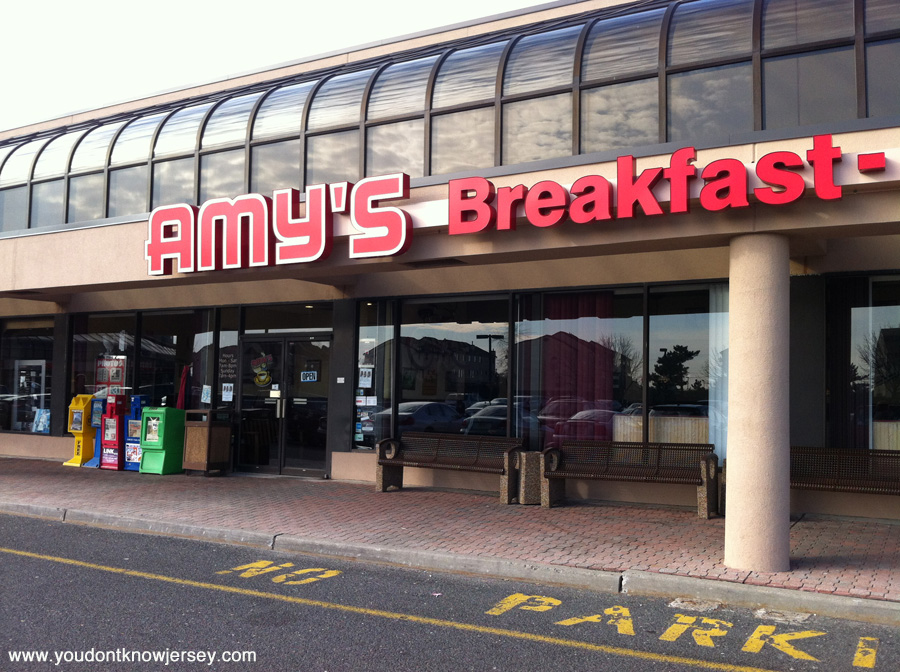 Oh my God, just thinking about Amy’s makes me hungry. Best breakfast ever – hung-over or not hung-over Amy’s was ideal on Saturday and Sunday mornings. The huge portions and deliciousness is something I miss every weekend. And there was always a wait for a table and it was always packed so breakfast took a while which was perfect because it prolonged the process of starting homework.

Haniff was the best cab driver in all of West Long Branch. You didn’t even have to call Shore Cab to get a hold of him (although then you miss out on the lady screaming “SHORE CAB!” when she answered). He knew all of us by name and always texted or called us back (most of the time). He was a life saver and to this day I still don’t know if I spell his name right.

5. Carlos’ Omelets at the Dining Hall.

The dining hall’s food typically wasn’t 5 star quality, but Carlos’ omelets were worth waiting in line for. So fluffy and hearty..perfectly cooked in the most precise omelet shape that you can never get quite right when you make your own omelets at home.

Sophomore year was all about house parties and these two places had some great ones. Walking from campus to these houses in the cold was no big deal because it was well worth it – especially because we were under 21 at the time. Some of the most memorable stories from sophomore year remind me of Hillcrest and Hoey.

The Draft House has been closed for a while, but during junior year on “Thirsty Thursdays”, this was the place to be. It was basically a routine – we automatically knew where we were going on Thursday nights. That loud horn they used to randomly blow, throwing hundreds of napkins in the air and getting them stuck on the bottom of your heels – ugh, miss it. The first few times we went to Porta was somewhat magical. It was a completely different bar experience than most of us had before in the Monmouth area. The drinks were a tad expensive (and so was the taxi ride over and back – especially when Haniff wasn’t the one driving us) but to us, at the time, it was worth it. Fall semester of senior year was the peak of Porta.

Living in Pier Village for senior year was wayyyy better than living on campus in a dorm. Pier Village is located on the boardwalk (so it’s literally on the beach). The apartments are above restaurants and shops (the shops were slightly expensive for my wallet but the restaurants are sooo yummy). I especially miss the caramel covered apples from Rocky Mountain Chocolate Factory. Living on the boardwalk meant you can walk down to the beach whenever you want – it doesn’t get much better than that. Wilson Hall isn’t your average academic building. It was Woodrow Wilson’s summer home (much of which was rebuilt due to a fire). Having classes in Wilson Hall was like sitting in someone’s bedroom while listening to a lecture. The walls and ceilings were ornately decorated and the Christmas decorations were oh-so festive. Despite the steep and winding steps (that made even the most athletic people winded), Wilson Hall was my favorite building on campus.

The 27 Things That Happen When You're Late For Work