3. Wait – this is the 90s? 1995 doesn’t feel long enough ago for a flashback.  Or maybe it is. I’m so used to flashbacks of “parent-aged people being young” taking place in the 70s or 80s. Now those flashbacks take place in the 90s. I was 7 in 1995. Teens probably think this was SOOOOOOO long ago and these people are now SOOOOO old.

4. This would never happen IRL.

5. Is this Dean supposed to be like Jane Lynch’s character in Glee? Is Kappa Kappa Tau actually the Cheerios? Because Jamie Lee Curtis… Jane Lynch… I see it guys. And the high level plots? BASICALLY THE SAME THING.

7. OMG – It’s Jeff from Nashville! *Wikipedias him.* HE’S KATE HUDSON’S BROTHER? WHAT IS LIFE? WHO KNEW?!

8. Wait, so, is this Carrie-Diaries-girl-lookalike (it’s not the girl from Carrie Diaries, I googled it) the baby who’s mom bled out at the party? Because if so, this is kinddddd of obvious. But maybe that’s the point?

9. I have never liked Lea Michele this much. I didn’t know she was a comedian.

12. Is this dude reaaaaally a student, or is he an “investigative reporter” like Ezra on PLL. Is this show really PLL? Is this show making fun of PLL? WHAT IS GOING ON?

13. Ariana Grande – horrible actress. But this scene where she dies – HILARIOUS.

14. Okay, if this dude is “red devil,” and they already revealed it… that’s actually kind of comical.

15. SLUTS WILL DIE. Stop. This is like 10 times better than any message from A.

16. OMG NICK JONAS WORKING OUT. I OFFICIALLY LOVE THIS SHOW.

18. I’M NOT WATCHING THIS SHOW EVER AGAIN. 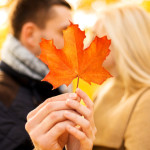 This Is Why You Don’t Need A Fall Boyfriend 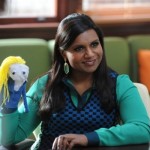 7 Reasons We Love The Mindy Project