Finding your way in the professional world can be hard at the first encounter. Navigating the politics, figuring out what to wear (or, what NOT to wear), and even figuring out the copier can seem daunting as a newbie. But when I really think about what tips are needed to succeed, I realized something really important- a lot of them came from Disney princesses. I learned most of them wrapped in a blanket, two feet from the TV, on a VHS tape- and also, maybe in a movie theater as an adult because I’m not ashamed. What did I learn?

From Rapunzel (Tangled), stay true to what you promise.

As a newbie to an office or role, it can be tempting to hold back and move tentatively as you learn the ropes. This is completely natural, and you’ll have a few freak-outs at first like Rapunzel did when she first left the tower. However, I’d encourage you to trust that the version of you they hired can do the job. Deliver upon the promise that you shared in your interview. Come in as polished, as knowledgeable, and as hungry to do well as you did when you were first gunning for the role. Think Rapunzel swinging through the trees on her hair- that’s the level of excitement I’m thinking about. That version of you wanted to learn, paid attention to the cues around you for clues on how to behave, and (hopefully) was honest about what you could contribute to the environment. Don’t ever lose that! That actually leads into my next point…

From Cinderella (Cinderella), don’t be afraid to reveal the other slipper.

A refresher for those who haven’t watched it in a while: in the key shoe scene, a scuffle with those bitchy stepsisters left a certain controversial glass slipper out of commission. Did Cinderella let that stop her from getting the prince? Nope. She let the Prince’s footman (Quick Sidenote: how could he have possibly known that a role like “footman” would eventually have him around so many feet?!) know that she had the other slipper. And that gamble went pretty well for her. It could do the same for you- if you have information that other colleagues or your boss don’t have access to, you should share it. Knowledge hoarded isn’t as powerful as we believe it to be, so I’d encourage you to let them know you’re smart and competent. As you prove yourself knowledgeable, other colleagues will see you as a real source of information.

From Jasmine (Aladdin), sometimes you have to play the game.

I won’t lie to you, this scenario does not start out great. Jasmine, not realizing that real people in the real world pay for things, accidentally steals an apple, forcing handsome fellow thief Aladdin and his pickpocketing monkey Abu to rescue her. Aladdin creates a story about her being crazy, which she chooses to go along with to stay out of trouble. While I would never advocate for going along with the idea that a guy thinks you’re crazy, there’s a larger point here: sometimes in the work world, you have to play the game. There are rituals and routines that come with every workplace, and they may not always come naturally. But knowing when they must be followed and when they can be bent a little comes with age and experience. Take the time to learn how to play the game- at least at first. With that said, if the activity is illegal (like stealing in an Agrabah marketplace, for example) you may need to rethink some things.

From Tiana (The Princess and the Frog), make time for work and fun.

Marketing professional and author Sally Hogshead writes that no one was born boring, we become that way. In her mind, learning to become unboring again as adults is one of the most powerful things we can do for ourselves. Tiana wasn’t boring as a kid, she had dreams and got to play in a pretty baller playroom with a cat and her vapid friend Charlotte. But years of uninterrupted hard work made it difficult to see the true value of what she was working toward. It wasn’t until her journey as a frog through the bayou with a prince-turned-frog that she realized the importance of letting love and fun into her life again. I think we can all agree that such journeys don’t happen to us all, so make it easy on yourself: get a hobby. Keep in touch with friends. Date- good or bad, it always makes for a good story. Doing all these things keeps you from “becoming” your work, and it gives mishaps and bad days at the office less power over you.

From Snow White (Snow White and the Seven Dwarfs), be careful how you leave.

If you somehow manage to find your dream job on the first try…well, that’s princess level stuff and you should be commended. But for most of us, it’ll take a few tries. That means that at some point we’ll leave a job- under good circumstances or bad. No matter which way ends up being true for you, be sure to leave with care. When Snow White left the forest and the dwarves to shack up with her new boyfriend not long after waking up next to him, she took care to say thank you and goodbye to each of the dwarves, in a way that fit their personality. You should do the same for your coworkers if you can. The world is small, and most industries are even smaller. Word gets around, so leaving on as good of terms as you possibly can is important. Even if you feel like setting the place on fire, be gracious and appreciative, and suppress the urge! That’s Harry Potter villain behavior.

What other work lessons have you learned from Disney princesses? Have you found your professional “happily ever after”? And has anyone gotten away with wearing a princess gown to work? Asking for a friend… 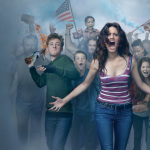 5 Reasons To Get Excited About Season 5 Of Shameless