I really love my dog. Like, most days (ok, all days) I would rather spend my time with my dog than with other people. I work from home, so my dog and I are together all the time. Sometimes it gets to be noon and I realize that I haven’t talked to a single human. But, I have managed to ask my dog if he thinks it’s cold outside and say “bless you” every time he sneezes. I realize that makes me sound like a crazy dog lady who eats cold Spaghettios out of the can while crocheting holiday themed doggy outfits… and I’m ok with that.

To be clear, below is a picture of my dog. Unbearably cute, right? So, no wonder I’m obsessed with this little mutt model. But, aside from his overwhelming adorableness, I’ve realized that being with my dog is just easier than being with humans. Here are just a few of the reasons I like my dog more than I like most people.

Aside from the occasional intense Petco stare down and his insistence that the mailman should get the hell off our street, my dog is super low drama. He doesn’t overanalyze text messages and he doesn’t worry about not being invited to your birthday party. He won’t try to steal your girlfriend (although he may try to hump her… sorry) and he won’t gossip about you. He won’t post a vague Facebook status full of angsty song lyrics and he won’t unfollow you on Instagram. He’s completely drama-free, and I couldn’t love him more for it.

My dog and I have never gotten into an argument because… uhhh… he’s a dog and he can’t talk. Although, I like to think that even if he COULD talk we wouldn’t argue because we just love each other too much (#crazydoglady). He doesn’t debate with me about political issues and he doesn’t tell me I’m a bad driver. He basically has no opinions other than that he likes summer sausage better than turkey, and I even agree with him on that.

3. He is low maintenance.

I always laugh when I hear people talk about how high maintenance dogs are. Um, did you ever think about how high maintenance friends are?! You need to listen to their problems, remember their birthdays, go to their weddings and buy them never-ending amounts of gifts (I still love you friends, I promise). A dog needs food, a warm place to sleep, some attention and to be let out a couple of times a day to do his business. And for that, he’ll love you like you’ve never been loved before. I don’t know about you, but that sounds way easier than any human relationship I’ve ever had.

Again, my dog can’t talk (duh), so who knows if he’s actually judging me. But, I can just tell from his cute little scruffy face that he’s not. He gives me these looks that seem to say, “Oh, you’re going to take me outside in those reindeer socks and that bathrobe? Good, because you look GREAT!” or “You’re going to keep talking to me in that high-pitched baby voice while these other people give you disgusting stares? Good, because I LOVE IT!” That little guy thinks everything I do is golden, which is really a nice ego boost.

5. He basically thinks I’m the greatest thing that has ever existed.

Bottom line is that my dog basically thinks I’m the best thing that has ever happened. He’s always happy to see me. He doesn’t care if I just spent my life’s savings at Target or if I ate an entire jar of Nutella while I’m supposed to be dieting. To him, I am Abraham Lincoln, Mother Teresa and Olivia Pope all wrapped up in one incredible person.

All of those sayings like “A dog is a man’s best friend” and “Dogs are not our whole lives, but they make our lives whole” probably sound totally cliche (and like something I might wallpaper my whole house in). But, they’re true. Nobody gives unconditional love like my little, scruffy, pain in the ass dog and I couldn’t possibly love him more. Even if he does take up the entire bed and pee on the Christmas tree.

Kat is a 2011 graduate of the University of Wisconsin-Milwaukee, where she got a B.A. in Communication and a minor in Journalism, Advertising and Media Studies (which is really just tacked on there to make her feel much more accomplished than she actually is). She now lives in the booming metropolis of Appleton, WI. When she's not working as a freelance writer, you can probably find her eating (YUM TACOS), attempting to plan her kick butt wedding (aka a lot of complaining, crying, wedding-hating) and talking in a really high pitched voice to her dogs. Crazy dog ladies, represent. You can watch her pretend her life is super put together on her blog at www.lemonadelinings.com or can follow her really entertaining (or so she likes to think) tweets at @kat_kuehl. 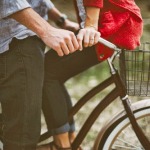 Why You Should Marry Your Best Friend 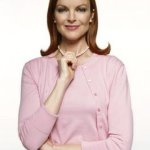 The 7 People You’ll Run Into While Home For Thanksgiving