Congratulations! You’re that friend. Anytime your buds need advice, you’re the first person they call on. News flash: they don’t really want your advice. They just want you to tell them what they already know—or what they want to hear.

When your best friend calls you and says she’s thinking about canceling her wedding because she felt too comfortable flirting with that hot waiter at dinner the other night, don’t tell her what to do. (We can agree that she’s being ridiculous, though.) Just follow a few simple rules and she’ll figure out what she really wants to do all on her own.

1. Don’t Tell Them What To Do
As the Dear Abby of the group, you really just want to tell your friends what to do, but you should refrain from this at all costs. If you tell your BFF that she should definitely change her major from biology to event planning, you run the risk of being held responsible if it all blows up. Just like in a romantic relationship, resentment can fester and it could spell the end for your friendship.

2. Listen Up!
When they’re explaining their dilemma, don’t interrupt with your thoughts on the subject. Sometimes friends want to talk their problems out more than they want to be given advice on how to find a solution. Once they’ve put it all out there, it’s easier for them to come to a realization about what they think is right without prompting. If they’re still stuck, ask them questions instead of giving them answers. It’ll be easier for them to come to a solution on their own.

3. Don’t Discount Their Feelings
Just because you wouldn’t be with a guy who admitted to sexting with another girl, doesn’t mean that your friend feels the same way. Of course you want what’s best for her, but she has to figure out her own limits in a relationship. The best thing you can do is stand by her conflicted feelings and try not to lead her down one path or the other. As long as the situation isn’t physically harmful or dangerous for them to be in, you may just need to let your bud make her own mistakes.

4. See It Through
If your friend Tom decided he’s going to break up with his awful girlfriend (Thank God!), check back in with him after a few days. If he still can’t seem to let her go, he may need to talk it out again, but be afraid to keep coming to you for help. When friends come to you for advice often, they will sometimes be hesistant because they don’t want you to feel used. Stay with them through their situation. If it was important enough to them to ask for advice, it’s probably something that’s really bothering them.

5. Don’t Beat Yourself Up
You don’t have all the answers in the world and your friends won’t always follow through the way you thought they would. If your roommate decides to keep cheating on her perfect boyfriend with the deadbeat from down the hall, that’s on her. If situations like that start to mess with your psyche, it’s OK to take a break from being that friend. If others don’t understand, they were probably just using you. Take my advice on this: you don’t want people like that around, anyway. 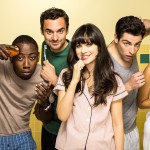 The 13 Types of People in Every Friend Group 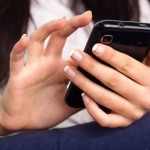