If you haven’t seen it yet, you’ve probably heard about it. And if you’re a 20-something going through a quarter life crisis (which you probably are if you are reading this right now), you should probably check it out. It being Girls — the hit show on HBO by the one and only creatively entitled Lena Dunham. 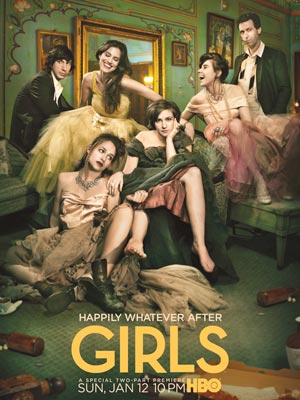 Season 3 of Girls premieres Sunday night and 20-somethings everywhere are super excited to dive right back into this fantasy land of 20-something life. Hate the characters or love the characters, there’s just something about this show that sucks you right in. Here are a few reasons you should watch:

1. To get a piece of Brooklyn. If you can’t live there, why not watch the antics of Brooklyn-ites on TV? No – not all Brooklyn-ites look and live like Hannah Horvath. Or Jessa. Or Marnie. Or Shosh. Some have jobs. Some wear makeup. Some (okay most) would never be caught in short-er-alls. But it’s like watching a different world. Kind of like watching Real Housewives of Beverly Hills. Except the opposite. The exact opposite.

2. It’s not defining your generation but it, like, is. Okay – total oxymoron right there but it’s the truth. No — this shit is not realistic. I mean, MAYBE there are four girls such as Hannah, Jessa, Marnie, and Shosh living in Brooklyn but I highly doubt they’re friends… and if they are — that is one once-in-a-lifetime friend group and it is most likely NOTHING LIKE YOURS. Why don’t they go out every weekend? Why don’t they party? Why don’t they PREGAME? Why don’t they… work? How do they afford rent? So many questions. So many NOT ANSWERED. Which is why you keep watching. The show doesn’t have to be accurate or realistic — it’s TV. Most accurate/realistic things are boring. The show is about a certain type/group of 20-somethings. An exaggerated version at that. It’s like, no we don’t shower together. Or take baths. No one takes baths. Have you seen a bath in an apartment a 20-something can afford? No thanks. BUT it’s funny to watch. COMEDY PEOPLE… COMEDY.

3. I heard Hannah is done shoving q-tips down her ears. So that’s good.

4. You’ll realize you’re not the only one dealing with weird ass members of the opposite sex with weird ass fantasies and sexual habits. The reality of sex on this show is one thing that is actually accurate. EVERYONE IS A FREAKING FREAK. Even for the people who aren’t weird at all in bed — that’s weird too (why are you so… boring?). The relationship between Adam, who is used to freaky Hannah, and his boring season 2 girlfriend is my favorite because they’re such opposites. It will make you question your normalcy. As will the other relationships in the show. Marnie & (RIP) Charlie? You might not relate to Marnie in the way where she quit her day job to work as a hostess… but the Marnie who is confused about her relationship and sex life? That could be you. If there’s no freak factor, why continue a relationship? Right?

5. It’s a love/hate relationship. And you know how much you love/hate love/hate relationships. Hannah is entitled and annoying and not to mention WEIRD AS FUCK (like, why doesn’t she wear makeup?) but for some unknown reason you can’t stop watching her antics. Adam is equally as weird, but also slightly awesome. Like, you would never want to be associated with him in real life because he might make you get on all fours and then send you home to your mother covered in cum, but HEY he’s a riot. So it’s fine. Shosh talks a mile a minute and will let you reminisce about/laugh at that Jewish girl that never stopped talking in college without actually being in her presence. Jessa is all sorts of fucked up, but she has a British accent so automatically everything she says is 10 times more interesting. And Marnie fucking sucks. But she’s a hot mess and it’s super fun to watch her unravel. Basically, you might hate the characters, but you’ll love the fact that their lives will make you feel much better about your own. AND THERE YOU HAVE IT – A CLASSIC AND PERFECT LOVE/HATE RELATIONSHIP. YOU’RE WELCOME.

6. (As I said above…) It will make you feel a lot better about your own life. These girls don’t work real jobs, which is actually very appealing, but like how do they afford life? Is that why they don’t rage at da club on da reg? Is that why they never go to music festivals (because I feel like this posse is the type of posse that would take a trip to Coachella, where Hannah would hopefully not wear a crop)? Are their parents still funding them? Because their apartments are rather decent for Brooklyn. But anyway — watching these girls not have fun and not have their lives together will make you feel like you DO have your life together (which you probably don’t), so that’s good.

All in all, Girls is a great show. No it doesn’t define our generation, but our generation (or at least a good chunk of us) finds it amusing. It talks about and deals with some issues some people in our generation are going through (although who the F is still doing internships two years after graduation? that still irks me — and yes, I said irks)… AND IT’S FUNNY. Not all 20-somethings are hipsters. Not all 20-somethings can live wherever they want because they’re being funded by their parents. But we’re all growing up. And that is exactly what the characters on this show are doing.

So if you want to hate on some annoying mother fuckers while laughing, tune into Girls this Sunday January 12th. But first catch up on the past 2 seasons. Steal your friends HBO info and log into HBO Go on your computer or on your Apple TV or whatever the F you’re using these days. 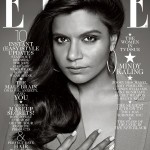 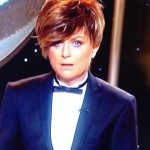