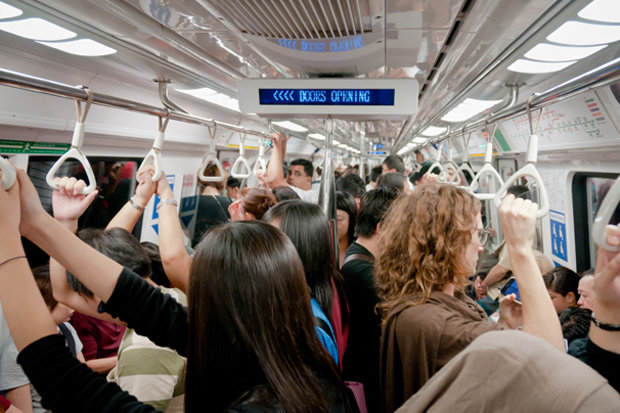 Every day, there’s some sort of struggle when taking the T to work. Whether the tracks are on fire (again) or someone’s dropped their cell phone onto the tracks, Boston’s subway system is STRUGGLE CITY. Here are six struggles every subway rider, no matter where you live, experiences daily.

…or rather, lack thereof. If you think for half a second that you will enjoy some sort of reasonable personal space during your commute, give that up right now. I can’t even count the number of times I’ve spent my commute with half my neighbor’s weight on my lap or my nose in some unfortunately tall rider’s armpits. Pure joy.

The stop is coming, you’ve mentally prepared your path through the sea of baggage-clad people, and you can see the door from where you stand. The train stops, the doors open, and you just.can’t.make.it. You squish between people, muttering “‘Scuse me..thanks…’scuse me” as they judge you and your blatant lack of exit preparation. Heart racing, you leap off, flip your hair over your shoulder and congratulate yourself on a job well done.

3. All of the smells

Sometimes they are so overpowering that I can literally taste them. And it’s never a pleasant orange blossom or raspberry, it’s always stale cigarette and dirt. On the really lucky days, it’s all that plus some unidentifiable smell that makes you an instant mouth breather. AND THEN those same odd-smelling creatures judge you for being a mouth breather.

…literally depends on the weather. If it’s a 90 degree day in July, it’s too hot for the switchers to work and your train is delayed. If a blizzard just dumped a foot of snow on the ground, the plows for the train tracks get stuck. If it rains, the road floods and it just too dangerous for the trains to run. The question is, when is the weather ever actually ideal for the subway? The answer: never. Even on a cool, sunny day in October, the tracks could just catch on fire and the line shuts down for hours. You cannot win.

These are usually a good thing, but not on the train. Whether they are wandering up and down the train shoving a bucket in your face or on the platform making you unbearably uncomfortable, these performers had the magical ability to start your day off wrong. (Exception: There is a man at Downtown Crossing who beatboxes like an angel. Literally the most incredibly talented beatboxer I have ever come across. I could stand and listen to him all day. But he is the only one.)

I never really considered whether I enjoyed listening to techno opera, but I sure learned this morning. The best part about having your smartphone in your pocket: being able to tune out all the crazy on the train. The worst part about everybody having a smartphone: if you ever forget your headphones, you are now a prisoner of their taste in music. Odds are, you won’t like it.

So, fellow subway commuters, I feel your pain. We’ll get through this together and someday maybe we will have the luxury of working from home. Until then, pack some sound canceling headphones and hand sanitizer. 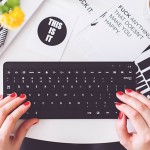 4 Ways To Deal With Disappointment As A Creative 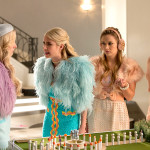