If you are like me, then you finished Season 4 of Orange Is The New Black, less than 48 hours after it was released. And if you’re as obsessed with the show as I am, then you find yourself thinking about scenes from the season all the time. You’ve probably even started to slip a few references from the show into your daily conversations while being careful not to give away any spoilers because not everyone takes OITNB as seriously as you do. You also probably agree that this was the most emotional season that OITNB has ever had. You probably even cried at a certain point.

For all those OITNB fans, I have compiled a list of the top seven quotes from season 4 that made me cheer for humanity and laugh until my abs felt like I just finished 50 sets of crunches at the gym.

1. When Poussey was the most respectful girlfriend ever.

“Look, I don’t want you to do that ’cause you think that’s what I want. I want you to want to do it. You feel me?”

She could have just let Soso return the sexual pleasure, but she didn’t. She wanted to make sure that Soso was actually ready for that step in their relationship and wasn’t just doing it out of guilt of always receiving and never giving.

2. When Piscatella put Piper in her place.

“I’ve had a beard since tenth grade. Two beards, actually. The one on my face, and the one I took to junior prom. Yeah. I like dudes. I will never find you adorable. Keep that in mind.”

Finally, someone who can not be charmed by Piper. She was getting a little too big for her panties and it seemed every OITNB fan wanted to throw her in SHU just for her annoying attitude about her prison panty business.

3. When Maritza shut down Dixon for his “dip your ‘donut’ in Ramos” comment.

“You know what really gets me so hot? It’s when guys compare me to breakfast, and when they talk about me like I’m not even here. How about you call me ‘that oatmeal in the front seat’ and I’ll be so yours?”

You go girl! Don’t let a guy sexualize you or breakfast foods like that! Especially not while you are sitting only two feet away from him. You are a person, and this season the guards seem to have forgotten that.

4. When Angie revealed her tampon substitute.

“One time, I ran outta tampons, so I used on of those, um, dinosaur just-add-water sponges for kids. It was really fun! ‘Cause it was like, ‘Ooh, I wonder what this will be? Oh! Brontosaurus Rex!'”

Let me just start by saying, don’t try this at home. Not that I think any of you will. However, can you imagine taking one of those out? It would probably look like a dead dinosaur with all the blood on it, but how cool would that be if a tampon company made those? It might make periods a little less horrible.

5. When Poussey called Soso out for stereotyping her.

“What the f*ck about me other than the color of my skin would indicate that I’m some indigent hood rat?”

Poussey and Soso didn’t have a perfect relationship. Soso made the mistake of stereotyping Poussey based on nothing but her skin color. She learned real quick that she should actually know a few things about the past of the girl she is dating and she offered to sit down, hear the whole thing and take a quiz after.

6. When Cindy responded to Allison’s “You really want to go there with me?”

“I went there, bought myself a house, and moved in, bitch… and now I’m remodeling the kitchen.”

Cindy and Allison were butting heads since the beginning. It started with the floor and windowsill space and escalated to their differing religions. This quote from Cindy was hilarious. She was so ready to fight. Luckily, they both became friends by the end of the season.

7. When Frieda was disappointed in not being called for questioning over an officer’s murder.

“Are you kidding me? Kukudio is a suspect and I’m not? Heck, I killed a cop with his own gun! Oh, wait… did I get caught for that? I’m getting old.”

Frieda revealed just how dangerous she is during this season. Not only did she have advice on how to gruesomely dispose of a dead body in prison, but she also took pride in being a murderess. She also makes comments on getting too old to keep up with her murderous acts. This makes fans wonder, just how long has she has been in prison and exactly how many people has she killed?

Abigail is a creative writing major with a digital studies minor, learning the ins and outs of publishing. She hopes to one day take Anna Wintour or Joanna Coles' place in the editorial world. When she isn't writing articles or reading articles she can be found binge watching Netflix with a pile of food in her lap like so many other women her age. 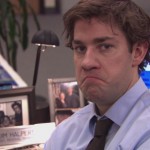 The Bachelorette Breakdown: Don’t Cry For Me 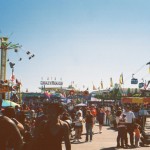 6 Reasons To Visit Your Local County Fair This Summer