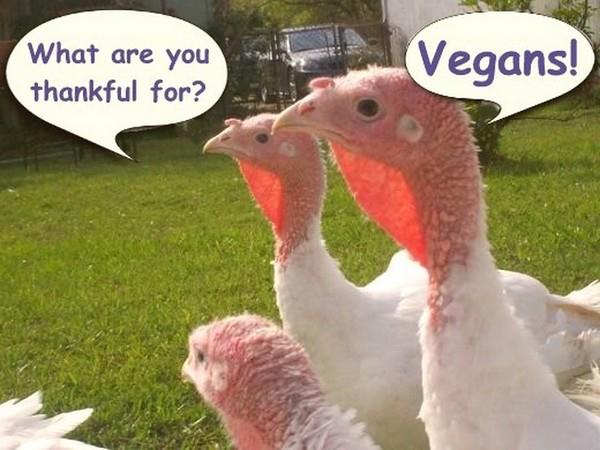 It’s difficult enough being vegan every other day of the year, but if you regularly opt out of meat and dairy, you understand how insufferable a vegan Thanksgiving actually is. As vegans, we have to deal with cousins cracking constant jokes at our expense, grandparents concerned that we’re not getting enough nutrition, and figuring out how to casually ask the question, “Was butter used when cooking this?”

This can be enough to send you running for the hills and swearing off family gatherings for the rest of your life. However, a little perspective can always help improve a situation. Fellow vegan, know that you’re not alone on this holiday. We’re spread across the nation suffering in silence, dealing with the following foreseeable pains.

1. Dealing with the annoying relative who “hilariously” offers you a piece of turkey.

It’s probably the same relative every year who cracks the same joke because he or she is too lazy to come up with anything better. This relative, most likely a distant cousin or uncle, doesn’t know much about you at all and finds mocking your dietary choices to be the only talking point.

2. Dealing with the other annoying relative who jokes that there’s meat in the pumpkin pie.

Where there’s one jokester, there’s a mimic nearby. This relative isn’t quite as original as the first, but he or she doesn’t miss the chance to tease you about the fact that the cranberry sauce or sweet potato casserole was made with a dead cow.

3. Receiving stern looks and/or passive-aggressive comments from your grandmother because you’re “too skinny.”

Each grandmother has her own version of scolding her vegan grandchild. Mine sticks to the classic, “What are you going to do if your husband eats meat? You’re going to have to eat meat then,” but I’ve heard gems like, “Are you becoming anorexic?” or, “Is your mom not feeding you? I raised her better than that!”

4. Seeing a dismal percentage of your plate covered with food.

Out of the entire colossal spread, there’s barely a crumb that you can actually eat. Surprise, right? The stuffing has bacon, the vegetables were cooked in butter, and the green bean casserole contains a hearty helping of cow’s milk. My solution has always been to just bring my own dish. However, this can come with its own set of struggles.

5. Having to comfort the distressed cook for not having any options for you.

Although you are the only one who is affected by the fact that there is almost no food for you to eat, you somehow find yourself being forced to ensure the cook that they didn’t fail. You tell them you’re used to it, that you’re not even that hungry anyway, all the while trying not to roll your eyes.

6. Getting mocked for bringing your own food.

We really can’t win, can we? So you brought a little bowl of vegan chili. The good news is you aren’t going to silently starve while you watch your little cousins stuff their faces with turkey, but the bad news is all the shit you have to take. The hurt looks from your grandma, the embarrassment exuding from your mother, “I thought this was just going to be a phase…” and a whole new set of standup from your aforementioned annoying relatives. Sigh.

7. Watching people’s eyes glaze over when you speak one word about veganism.

Because are you really a vegan if no one hates you for it? Much like the other 364 days of the year, you’ll get prompted with questions of why you chose to become a vegan. When you attempt to explain yourself, people will do one of the following: a.) their eyes will glaze over and you’ll discover that they aren’t listening to a word you’re saying, or the less popular b.) they’ll attempt to convert you back to carnivore-ism by arguing that “God put animals on the earth for us to eat” and “You need a proper amount of protein to live.” Because, you know, you’re obviously dead.

It’s no secret within the vegan community that Thanksgiving can really be hell, especially because of that damn bird. However, know that you’re not alone. Know that your fellow vegans are going through the same annoying routine they have to go through year after year. And if you close your eyes and listen hard enough, you may be able to hear a fellow vegan’s lips curling into a fake smile while the dinner table cackles at their plant-based expense. 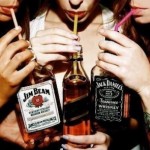 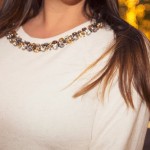 14 Embellished Sweaters to Stuff Your Face in This Thanksgiving