1. I am officially no longer drinking hard liquor at the bar. I used to be able to do this like a champ in college, but a combination of work stress and not drinking often enough to sustain the impact of higher levels of alcohol has left me no choice but to abandon the ship that is hard liquor. What happens when I consume one of these drinks? I get irritable, complain about things that wouldn’t bother me while sober and occasionally get rude all while forgetting how to use my filter. 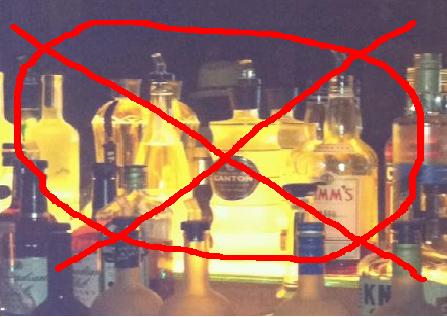 2. It’s not so bad going to the gym without an ipod (unless you are running of course). I used to panic and rearrange entire workouts when my trusty ipod was forgotten at home or was left uncharged. People are actually pretty darned friendly when they see that you are not doing the usual scowl to your favorite angry gym tune while throwing around the weights. It will make you seem much more approachable! (great for making new friends when you are in your early-twenties and a lot of your buddies have moved away)

3. Don’t be stubborn if you need a friend. Easier said than done if you are like me. I usually don’t like hashing over all of my issues with other friends and people who surely have their own struggles to deal with. However sometimes we all get furious, overwhelmed and just plain pissed the eff off. Talk to someone about it! It’s really easy to just want to fume to yourself, but you will most likely make yourself more angry.

4. It might take a while, but the memories you have of the past that you may have been bitter about at the time really can be enjoyed eventually. In fact, they are so much sweeter especially when you have grown as a person since that specific point in life.

5. The simple days are the best days. This past Saturday my boyfriend and I took his dog to the beach, hit some golf balls in the yard, and then grilled a delicious dinner before going out for a few drinks with some great people. Taking the time to do relaxing and enjoyable things with him made for a memorable weekend. 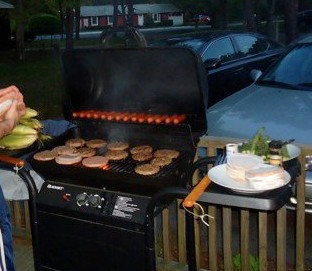 6. Everyone has a March Madness bracket except for me. And I am totally okay with that. Fantasy football was interesting however, and I look forward to this coming season already!

7. Guys don’t care about red bottomed shoes (you know, the Louboutins.) My hockey playing boyfriend put it like this: “if your boyfriend doesn’t own a $400 hockey stick or baseball bat then he probably isn’t going understand why you would spend that kind of money on shoes.”

10 Reasons Why We Drink