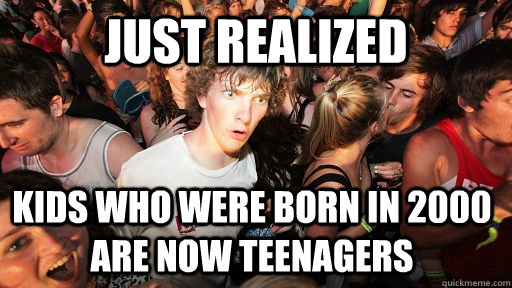 Let’s be real, I am 24 years old and in the scheme of life am still young.  But lately, all these things keep popping up that make me feel like I am ancient.  I mean, clearly, I have always been wise beyond my years, but it’s just recently that I legitly feel old.

1. The kids I used to babysit are now in college.

Growing up, I was a pretty popular babysitter around my neighborhood, which meant that I knew most of the kids on my block.  Well recently during my mom’s neighborhood update, she told me that the little girl I used to watch in the house on the corner is starting college in the fall.  Umm, I’m sorry what?  Children that I used to be in charge of feeding and putting to bed are now heading to college?  Nope, I don’t like it.  Not okay.

2.  I hardly watch the CW anymore.

Back in the day, as in when I was in middle school and high school, I was all about the WB/CW.  From 7th Heaven to Gilmore Girls to Gossip Girl, I loved it all.  However, now, there is only one show that is currently on the CW that remotely interests me. (Which is Hart of Dixie, in case were wondering…love me some Wade!)  It might be because the types of shows have changed, and fantasy and supernatural stuff has never been my thing.  Or I am just not quite as hip as I once fancied myself to be.

While age is just a number and 3 years is really not that big of a difference, I feel like there is a big maturity gap between a 21 year old and a 24 year old.  This is why I have found myself calling 21 year olds youngins and babies when I encounter them.  I remember when 21 sounded like this far off age that I longed to achieve.  Now it just worries me that I would be holding their hair back at the end of the night.

Granted, he is 4 years older than me, so it’s not like I should actually feel old over this.  But he is my brother and I’ve known him my whole life, and he is MARRIED.  He has a wife and I have a sister-in-law.  I mean, obviously, she is awesome, but it’s like it was just yesterday that he and I were arguing over who got the front seat and now he is someone’s husband. Crazy.

5. I have friends explain modern lingo to me.

I feel like an old person saying, “oh is that what the kids call it these days?” I had to ask a “hip” friend what exactly turnt, turning up, and turn down for what really meant…I mean, I mostly knew it through context clues obviously. I also played against a rec volleyball team called Bye Felicia, and spent the whole season thinking someone on their team named Felicia was moving away. Apparently, it’s a big insult.  Oh, and don’t get me started on how offended my roommate got when I accidentally called her a basic bitch…umm, whoops.

When you are a teenage girl, your dad’s worst fear is you dating. My dad’s way of discouraging that was constantly telling me that “boys are dogs with fleas.” Well, nowadays, he has a different opinion on the matter and likes to ask me how the boys are treating me.  Or tells me that a guy who is 30 is really not much older than me. Huh, thanks? The curiosity is sweet, but also makes me think he worries I will become an old maid and die alone. Cool.

Sometimes it is kind of neat to think, “hmm, how old was I ten years ago and what was I doing?”  Well, I recently did this and realized that ten years ago, I was 14 and a freshman in high school. Whaaaaaat? Say it ain’t so. It has been 10 years since I was a bright-eyed little freshman, ready for the world of high school. Man, where does the time go and when did I get old?! 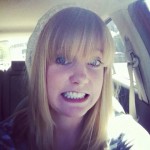 Haircut Anxiety: The Struggle is Real 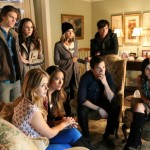 Pretty Little Liars Recap: THIS HAS GONE TOO FAR.