Do you ever just look at your reflection in the mirror and think “Is this really me?”

Suddenly you’re aware of all the changes going on in your body that you can’t control as easily as you used to. To make adulting tolerable, you’ve started going to the gym on a regular basis, yet you’re still not getting the results you’ve been expecting.

Then you spot the empty pizza box in the kitchen counter that you bought. For yourself. And ate alone.

Diet methods have existed since the time of William the Conqueror – England’s first king who is known to have been the fattest leader that underwent a diet. Paired with the right amount of physical activity, and followed through with healthy eating, signs of improvement are bound to appear.

Everyone you know seems to be on a race to fitness. They all have their own health regime. Nevertheless, whatever you categorize yourself under and whichever works for you, no one’s judging.

The person that has tried it all. Detox drinks became a hit when Beyoncé herself saw positive results after doing the Master Cleanse. A much simpler liquid-only diet originated in the time of William I.

At one point or another in their diet epoch, they’ve fit in under every category. From being a vegan, a vegetarian and a Paleolithic dieter, she has been there and done that.

This concept was invented by Lulu Peters, a California doctor, and is literally what the title is all about: counting. This type of dieter has perhaps already memorized her BMI details and can recite and calculate all her vital statistics by heart.

They also post daily photos of their meals and caption them with the total calorie count. She never eats without reading the nutrition labels. Ever.

Remember, photos can be deceiving. Here’s that individual who makes you doubt whether or not they’re even dieting. The type of person who announces all their eating habits on social media, shares recipes of “healthy” food and constantly floods your timelines with encouraging healthy eating quotes . We have to see you in the flesh first, before we believe it.

4. The sucker for supplements:

Folks who have already adopted healthy eating habits, turn to equipment to further enhance their weight loss progress. Gear such as sauna suits, vibrating machines and body wraps prove to be effective to some users.

We all know her as that one gal who gets extremely offended when her weight is mentioned. I mean, we all get a little butt hurt when our physiques are pointed out, especially when it comes to our “flaws”. But if the insecurities get any more serious, consulting a doctor might be a good idea, for signs of depression, anorexia or bulimia.

*Clears out junk from pantry only to relapse and stock up on comfort food again.*

7. The dieter in denial:

She’s obviously aware that she is healthy and in shape, but complains to your face anyways.

Giiiiiirl, do you even eat? 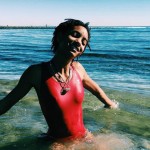 3 Small Steps To Rebuilding Yourself After A Breakup 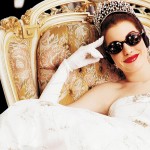