It’s hard to imagine when you’re busy planning the perfect wedding, but things really will change after you get married. That’s true even if you lived together first. Once you’re married, something changes in the air around you, and things you could never imagine doing in front of your significant other suddenly become more than okay in front of your spouse.

Here are seven examples — you never see them coming, but you’ll never be the same:

1. You Talk About Bowel Movements on a Regular Basis.

Yes, this is a real thing. It’s actually kind of great. After all, you might feel the need to explain to the person who shares a bathroom with you exactly what’s going on in there, and you’ll definitely appreciate a warning about when to avoid the room entirely. Who else are you going to compare notes with to make sure the plumbing — both yours and the building’s — is in good working order?

2. You Actually Watch Movies Together Now.

Life’s too short to argue over what to watch, so it just makes sense to take turns being in command of the Netflix queue — especially if you only have one TV. It turns out that there’s really no such thing as a chick flick or a guy’s movie, anyway. They’re all mostly mediocre, and that’s just fine. Cuddling on the couch with snacks and zoning out together after a long week is the important part.

3. People See You as a Unit Instead of an Individual

The longer you’re married, the more pronounced this will be. You name will be heard less often from your friends as it’s eventually replaced by JennyandTodd. You’ll probably start thinking of yourself this way, too — at least socially. This can be convenient for making plans, but you might want to put a little effort into keeping your relationships with your girlfriends solid, too, which will let you off the hook when it’s his turn to pick the movie.


4. You Finally See the Dentist Again

Marriage has a way of making you take better care of yourself. First of all, you’ve got a built-in reminder (“Honey, when’s the last time you flossed?”). You also have more incentive to make sure your teeth and breath are as healthy and squeaky-clean as can be now that someone will wake up to your (hopefully not terrible) morning breath every single day.

5. You Fight for Real (But Make up Sooner)

Now that you’re settled into married life, remember those fights that you used to pull punches on? They’ll be more intense.

This makes sense, because more is at stake: The topic is usually money, but perhaps you’re still hashing out what feels fair in your division of labor or social life. Regardless, the nice part about a good fight is making up — and you’ll usually do it in short order, since there’s nowhere to hide and fume for days on end.

6. You Speak Your Own Language

The longer you’re together, the more inside jokes and reference you’ll have, until you get to the point that you can probably speak in code in front of your in-laws without them understanding much of what you’re saying. This is a great perk, as long as you’re not alienating your friends and people on the subway with irritating baby talk.

7. You Gain a Little Weight (and Don’t Care Much)

Fat and happy? Bring it. Most married couples put on a little weight now that they aren’t so worried about their Tinder photos, and you tend to eat more when you’re enjoying the company at the dinner table. The best part is that you are more confident, so a little weight gain doesn’t matter any more — especially if you’re also getting plenty of outdoor exercise together.

Life’s definitely different once you’re married, but most of the changes are for the better. Even if you wouldn’t have believed they’d happen to you a year ago, embrace them! You’ll be glad you did. 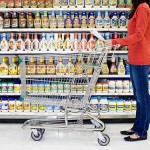 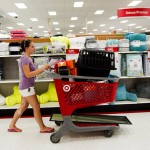 Why College Was Actually Just a Four-Year Target Run