Everyone always talks about how hard your teen years are, which I won’t deny, they really are. But hardly anyone ever talks about how equally difficult, if not more, your early 20s are. My teen years were, simply put, dramatic — as I would assume it was for everyone. You know that line in the movie 17 Again where they say, “When you’re a teenager, everything feels like the end of the world.” No truer words have ever been said. So, naturally, I was excited to begin my 20s, thinking I was done with all the hard stuff. Things were easy for the first two years and I thought I’d gotten the hang of it. I remember thinking, wow, adulthood wasn’t so bad after all.

Twenty two was one of the hardest and most eye-opening years of my life. Adulthood hadn’t even properly set in until then when I found myself having about a hundred existential crises a day regarding every single thing imaginable. While I juggled school full time and a job in Manhattan among other things, I found myself thinking and worrying about financial stability, slowly losing touch with all my friends and evidently becoming lonely, wanting to both be single and independent while simultaneously yearning for a cute, tall boy to be loved up with, paying for college, understanding what the hell taxes are or how it works, and just becoming a full fledged adult in this crazy world.

I eventually started to question whether I could do it because it just felt impossible at times. Why did Taylor Swift not sing about this part in her song “22,” and how did anyone manage to get past this and become a functioning member of society? The answer came after months of drinking lots of iced coffee, thinking too much, and turning twenty three.

The truth is nobody ever really has it figured out, and just like me, other 20 somethings are probably having the same existential crises as I often do during subway rides home after work or right now, at three AM, with classes the next morning. This age calls for a lot of change — some that you may appreciate and others that take a lot to swallow — but that doesn’t mean you should let it dishearten you, because it’s a growing experience, nonetheless. That’s how I started to look at everything after some time, and I found that it helped me slowly start to figure out who I am and what I want. Once you start figuring that out, the rest starts to become easy, and that’s when you start appreciating where you are.

As for the existential crises that still occur on a day to day basis — I have figured out seven ways to get through them.

1. Take a step back and breathe.

When you’re worrying about several different things at once and it feels like the walls are caving in on you, it’s important to take a big step back and just breathe. Existential crises can cause severe anxiety, but it’s also all festering up in your head, so you have the power to shut it off. Nothing matters more than your health and well being. Everything else can wait while you gather yourself and pull it together.

Try to understand the root of your worries. What is causing it? Can it be immediately fixed? If yes, then take matters into your own hands and go for it. That’s one less thing that’s weighing you down. If not, then it’s best to just leave it and realize that some things need time and there’s only so much you can do about it.

3. Listen to some music.

Music is the cure for almost everything, in my opinion. It makes me feel less alone and it helps to hear someone singing about things that I feel. And as cheesy as this sounds, I absolutely love uplifting songs, such as “Fight Song” by Rachel Platten, “It’s Time” by Imagine Dragons, and “I Wanna Get Better” by Bleachers. The Maine also has a few songs that could resonate with anyone going through their own existential crises, such as “(Un)Lost” and “Growing Up.” Last April, The Summer Set came out with a new album called Stories for Monday that is also chock full of songs about being in your 20s and not knowing what to do about it. I’ve personally had it on repeat for months.

I love a good, inspirational quote. It makes me feel like I can take on anything, depending on what the context of the quote is. A few of my favorites: this one that truly highlights how existential crises come about and this one that every 20 something could relate to in terms of how far they’ve come in life. These pieces of advice that Taylor Swift has given to her fans over the past few years on Tumblr are also a good read. One of my favorite quotes by her is, “I think it’s important to remind yourself that in your 20′s you don’t necessarily need a reason to feel a certain way.” That one really ties in what this post is all about.

And there’s also this quote about finding yourself in your 20s. Let’s also not forget the quotes that remind you to love and be gentle with yourself, because those are also so important. Last but not least, there is this quote that tells you the cold, hard truth about life, but also believes in you.

5. Read some inspirational books, too.

As a bookworm, I often turn to inspirational books that offer advice and wisdom to help me figure some things out. I’ve recently been reading books by Cheryl Strayed, such as Brave Enough and Tiny Beautiful Things. And I also love modern poetry, such as milk & honey by Rupi Kaur. It not only inspires me, but it also gets me thinking about certain things in a new way.

Another thought provoking book isn’t necessarily one you can read, but it’s more like a journal. It’s by Adam J. Kurtz and it’s called 1 Day At A Time. Every day, you’re given a prompt and you can choose to write or draw about it as you please, but it really gets the gears in your head to stop spinning as fast, and allows you to clear your thoughts. He’s also got a new book coming out called Pick Me Up and it’s similar to the first one in that it gives you daily prompts, but it’s more focused on taking your own advice, trusting yourself, and figuring out what really matters now and in the future. I’m a huge fan of Adam, as he knows all about being young, dumb, and full of existential dread.

Talking things out with a friend, especially one that’s in the same boat, can really help. Call someone up and ask them out to coffee and tell them how you’re feeling. If you feel it’s private, then try writing about it. As long as you’re venting, you’re good. Keeping things bottled up will inevitably cause you to snap at some point and have a meltdown. Trust me. Been there, done that, got the t-shirt. It’s not worth it.

7. Do something that puts you at ease.

Sometimes, when all else fails, try and do something that puts you at ease. For many, it’s dressing up and looking great. For others, it’s taking a day off and doing nothing for hours on straight. For me, it’s writing. Everyone has something that helps them relax and get their mind off of things. Figure out what’s yours and do it. You owe yourself that much and you deserve it.

While I won’t deny that I went through some difficult times in this past year and a half, I can also attest to the fact that it was fun too. Yeah, life can be hard to manage every once in awhile, but we’ll all get through it. In the end, I also realized that Taylor Swift wasn’t lying, because being in your 20s was both miserable and magical and you really will be happy, free, confused and lonely in the best and worst way. 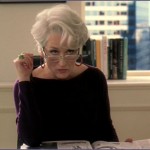 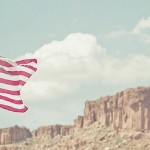 Why The Fourth Of July Is Just Okay For 20-Somethings