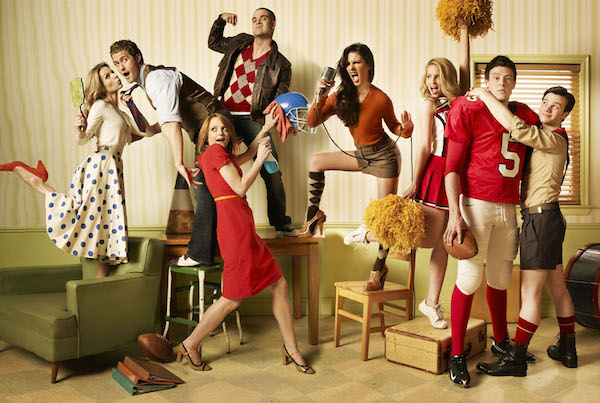 We’ve all had those moments on the workout machine; the need to find motivation to keep you pushing and going just a little longer. Watching ‘Glee’ on Netflix gives you that little push you need, from the catchy pop songs to the interesting (enough) story line. Thanks to “Glee” I am 20 pounds lighter and completely convinced every problem can be solved through music.

Here are 8 great episodes to keep you smiling (and singing) during your workout of choice.

What better way to get your heart pumping then listening to not one, but two great pop hits at the same time? The first episode featuring mashup songs is one of the best episodes to work out to. Not to mention, watching the cast get energized from a few helpful energy pills is enough to pretend you’ve had a few helpers as well.

All of the competition episodes are great to throw on at the gym. Not only do you have great, upbeat numbers performed by the Glee cast, you get a few songs by other schools thrown in. The dance numbers are quite catchy, but mindful that you can’t actually dance along and stay on your workout machine at the same time! It doesn’t end well.

Another great competition episode and the New Directions first time at Regionals, this episode is filled with upbeat songs about overcoming obstacles and making it to the finish line, even if you’re not in first place.

Again, you can’t go wrong with the mashups. The songs are so catchy and it’s impossible to decide who the real winners are: the boys or the girls. Not to mention this episode includes the moment that pretty much put a cappella on the map, and made everyone — including Kurt — fall in love with Blaine at first sight.

Heat pumping songs include:
“Teenage Dream” (Blaine Anderson with the Dalton Academy Warblers)
“Start Me Up/Livin’ on a Prayer” (New Directions, Girls)
“Stop! In the Name of Love/Free Your Mind” (New Directions Boys)

Not only does this episode have some great pop songs, it will keep you laughing and smiling while sweating like crazy. From Santana’s drunk rant to Rachel and Blaine’s rendition of Don’t You Want Me, you’ll be laughing throughout most of this episode.

One of the best songs created on this show, “Loser like Me” gives you that extra push to stay on the workout machine and show everyone what you can do. This is one of those episodes where you can’t help but cheer the Glee club (and yourself) on.

Heat pumping songs include:
“Loser like Me” (New Firections)
“Big Ass Heart” (Puck)
“Hell to the No” (Mercedes with Brittany, Lauren, Santana, and Tina)
“Raise Your Glass” (Blaine with the Warblers)

A great motivator to hit the gym has always been the idea of a revenge body. What better way to show the losers who dumped you than what their missing? In this episode, Blaine thinks Kurt has been cheating on him and (of course) sings to express his anger. Blaine’s rendition of Whitney Houston’s “It’s not alright, but it’s okay” is a great song to work off any stress your feeling and let off some steam.

Not only is this one of the great competition episodes, it is one of the last episodes that the full original cast is on altogether. Finally, we reach the point where the New Directions are crowned the champions of champions, a spot they have been fighting for since the first season. What better motivation? If the Glee club can reach their dreams, so can you!

It is important to note that while almost all Glee episodes are wonderful to work out to, there is one to avoid: Season 5, episode 3 “The Quarterback”. The episode is a tribute to the late Cory Monteith and his character, Finn Hudson. Yes, the songs and performances are amazing, but do you really want to be that girl in the gym sobbing/sweating on the workout machine? 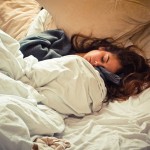 10 Reasons You Shouldn’t Work Out In The Morning 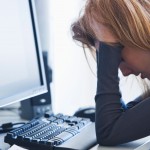