Also known as the costume that comes with its own elaborate explanation. “Wait…You are who now?” “Actually, I’m a what, and here’s why…”

Choosing a costume that’s an inside joke amongst friends, or an obscure movie reference is perhaps the humblest of costume choices you’ll see. The wearer of such a costume has fully accepted that most people will miss the punchline and not be in on the joke. They’ve fully embraced that their attempts to be clever will go unnoticed by most, making them martyrs in the eyes of costume-junkies.

“Wait… is that Jake from State Farm?”

However, you’ll come across a select few who get the joke to your costume, or at least the pun that inspired it. The moment will be really special for you both. You’ll high five then burst into shared laughter, making it all worth it. In this way, your costume has acted as a dud-detector at a party, attracting only those worth the effort of talking to at a party.

Everybody loves a blast from the past. To Millennials, nostalgia is like a drug, we can’t get enough of it. Was it because our generation was raised on the greatest selection of TV, movies, toys, and dreams ever? Probably. So when we see someone wistfully dressed up as an Ah! Real Monster, or stumble upon a motley crew of Rugrats bar-crawling about, a happy switch flicks on in us.

A throwback costume is one that will surely be noticed and adored by most. More hugs are given on Halloween to those who choose to throwback than any other costume choice on the market. That’s a fact. Look it up. It’s science.

To those at the party, the sight of you represents a simpler time in their lives. Prepare for a free drink here, a surprise shot there, a pat on the back, a selfie with a stranger. Only good karma can follow you around when your dressed as Marnie Cromwell from Halloweentown on Halloween Night. Again… it’s just science.

A costume so radically expensive you’ll have to drop a full to a few week’s pay just to afford it. We all remember the duo in college that gallantly dressed up as Harry and Lloyd form Dumb and Dumber. Just one side of the two suit combo can cost up to 80 dollars. In terms of measurement in college standards that’s 8 Big-Ten pizza specials from Domino’s. 80 frosties from the dollar menu. 20 Thursday Night 4 Dolla’ Coors Specials at the nearest dive.

Though to some dedicated Halloween fiends, $80 is pocket change compared to what they are willing to spend on a costume come Hallow’s Eve. Take this Chewbaca costume on sale online now for only 449.99 dollars.

Expensive, yes. But effective, yes. You have to throw at least some respect to someone willing to spend one month’s rent for one night’s stay in a decked out Halloween costume. In a way the big spenders are really just doing it for you. They’re dropping some hefty coin to be a free spectacle for you to enjoy. I know I’d be a bit start-struck and a ton excited if an authentic Chewbacca strolled into my costume party.

5. The Recycled Costume from Halloweens Past.
The motivations behind reusing an old costume for a new Halloween vary:

You’ve got your fiscal reasons (see above): “I dropped $80 on this cowboy riding a penguin costume, so if I wear it again this year, it will only seem like I spent $40, and I will be able to sleep better at night because of it.

You’ve got your legacy reasons: “Now that I’m living in a new town, hanging with a new crowd, I can whip back out my homemade Quail Man costume that was so successful in the past.”

And, of course, obvious reasons: “Welp, Halloween is tomorrow and I don’t have a costume yet because laziness. Time to revisit 2004’s no longer relevant K-Fed costume.” (K-Fed is, of course, Kevin Federline–he is so irrelevant that he needs his own parentheses these days).

This is where a word of caution arises. While these recycled costumes are utterly convenient, there relevancy could be dangerously close to being lost.

6. The Controversial Costume Choice.
Also known as the “Too Soon” or the “Really, bro?”, the controversial costume route is one you can use to showcase your questionable ethics as a human being.

Those who dress for controversy instead of comfort are ones looking to win that “WOW” factor. You’ll surely more likely to turn heads at a party dressed as Oscar Pistorius then you would as an Oscar Meyer Wiener.

The most controversial of costumes, however are those whose wounds are still fresh. Take this season’s latest touchy subject that will surely gatecrash costume parties everywhere: the worldwide devastation of Ebola.

Those with a particularly dark sense of humor will put it upon themselves to infect your costume party with the deadly disease. Expect to see last years Breaking Bad hazmats to rebrand themselves as something more dangerous than Heisenberg himself.

Oh, and yeah, this year there is a “Sexy Ebola Nurse” costume. Really, bro? Too soon. How about never?

7. The Too Little Too Late Halloween Costume.

The last-minute, off the cuff costume choices are usually homemade or a form of animal ears that were bought at the Dollar Store.

If you come across a person with a costume like this, they will more than likely try to force the concept onto you, half-assed as their attempts may have been.

Most last minute costumes are just poor excuses for bad puns, but some are crafty enough that they can get away with it. Take Jim Halpert’s consistently minimalist costume choices, for example…

Whether he’s facebook, a three hole punch version of himself, or Dave, he owns it, sells it, flaunts it, and makes it work.

8. The No Costume Costume.

Then you’ll meet someone who didn’t even bother to dress up at all this years. They waltz into the costume party, dressed in street clothes, with regular jeans, regular shoes, looking like a regular idiot.

Every now and then you will run into someone who showed up costume-less and will try to pass a “Muggle.” The first time this stunt was pulled, I’m sure it was a mind blower and the indifferent yet clever nerd got away with it. But now the jokes’ gotten old, and the punch line over-used.

In a very slight way, he or she who choses to nix the costume entirely is is a tad better than he or she that dressed up too little too late. While neither had any motivation whatsoever to dress up this year, at least the one with no costume is up front and honest about it. Whereas the Cop-Out Costume is fooling himself (but no one else).

That being said, not having the spirit in you to dress up for Halloween is in very poor taste. Usually I’m not to impede my ethics onto others, but shape up, soldier, and suit up this year.

Since graduating from the University of Dayton, Mary has used her hard-earned education in becoming quite the dabbler in her twenties. She self-identifies as a writer, stand-up comedian, book repair specialist, mug collector, nanny, dancer, video editor, dog-walker, rugby player, and budding over-sharer. When she isn't defending the sanctity of boxed wine, she is usually out for a run against her will, or hitting up the dollar cinema for the latest indie comedy. Her favorite things are: Hogwarts, big dogs who think they're lap dogs, bare feet on a rainy day, Stephan Colbert, and comedic timing. If you want to find out what Mary's eating, or hear a far-fetched pun or six, follow her on Twitter @WrestleCrow or Instagram @wrestlecrow. 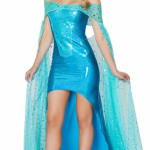 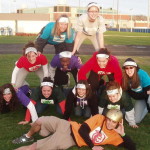 10 Things I Miss About the University of Rhode Island