Being on a game show is obviously at the top of my bucket list. Anyone else? Seriously. I’m jealous of anyone that has ever been on one or even in the audience. For all those Nickelodeon game-show-loving kids now in their twenties and for those who watched the Game Show Network when they were home sick and reminisced with their parents, here’s a list of some game shows neither you nor I will ever have the chance to be on. 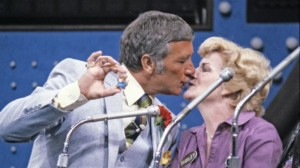 1. Family Feud (with Richard Dawson). Guess us ladies will never get a kiss from the original host of the Family Feud himself, Mr. Richard Dawson (would it have been rude to turn down his kiss?) Wonder how women would have reacted if Drew Carey or Steve Harvey tried the same shenanigans…hmmm. Now if Leo or JT played host… 😉 Question is…How many women truly wanted to kiss Richard Dawson? And the answer is zero (well maybe this lady did.) 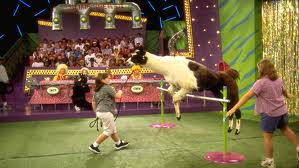 2. Figure it Out with Summer Sanders. This show really boosted kids’ false sense of confidence, highlighting the most obscure talents and giving them their undeserved 15 seconds of fame. Biting a piece of cheese into the shape of FL (boring), collecting toe jam (shower much?), a kid who sticks lobsters to his eyelids and tongue (ouch! And why and how is that talent?) and coaching high-jumping llamas (at least cute animals were involved) just to name a few. Way to reward kids for being below average and having the most loser-like talents. This is what happened pre-YouTube.  Sorry if anyone reading this was one of these kids…I am sure you turned out just fine. 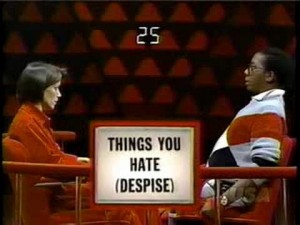 3. $25,000 Pyramid. This was basically the 70’s version of Catch Phrase filled with unhelpful hand motions and mumbled, fast talking no one understands. Quick! Scrunchies, jeggings, Uggs with shorts, bump its, long-jean skirts… 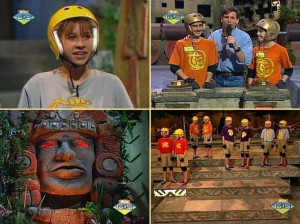 4. Legends of the Hidden Temple. Would you have been a Blue Barracuda? Green Monkey? Silver Snake? Purple Parrot? Red Jaguar? Orange Iguana? Can’t believe this gem of a show became a “legend” after only three seasons. I say, bring Olmec back and let’s get this Temple Run started. How fun would it be to have sororities and fraternities  compete– this would be a whole new level of intramurals. 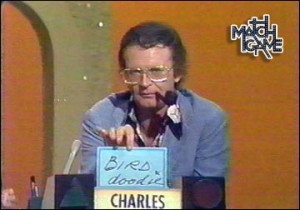 5. Match Game. A show designed for the dirtiest of minds and a panel of “B-list” celebrities sound like a great combo to me. Think this may have been the precursor to Cards Against Humanity. Anyone else agree?

The cave man said, “I just went to a very unusual wedding. A dinosaur ______ed the bride.”

On the airplane, Stephanie said to Jessica, “I don’t have much confidence in this airline. I just saw the pilot and he had a ______ sticking out of his pocket.” Get your mind out of the gutter. 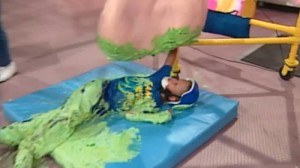 6. Double-Dare. Random trivia, green slime, quality family time and an indoor obstacle course! What a recipe for a great show. I would pay money to see my dad pick a giant nose with slime for boogers. Would be some good stories and photos to share with the grandkids. 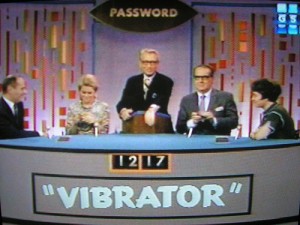 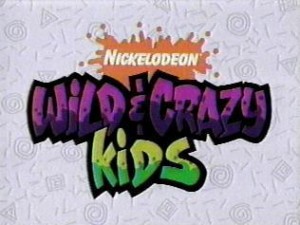 8. Wild and Crazy Kids. Dizzy Bat Home Run Derby, a giant Twister, tug-of-war and three legged soccer. I feel like they should include these games on the Bachelor or do a grown-up college version including some grown-up cocktails. This would make for an interesting drinking game. I think they should start casting for Wild and Crazy Twenty Somethings. I’m in!

Were you on any of these shows as a kid? What was it like? Did it change your life?  I want to be your friend. Tweet me. 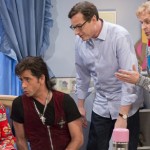