New Years Eve is getting close and you’re starting to think about your plans for the evening. Do you do the same thing you do every year and head to the bar? No. Get serious. Look in the mirror. Are you looking? Okay. Now tell yourself you’re too old for this. Do you really want to spend your night in a crowded, smelly bar with a bunch of people you’ve never met before? Of course you don’t. Because, you’re too old for it. And here’s why.

1. You think large crowds are the worst.

Seriously. Imagine yourself surrounded by a bunch of sweaty strangers. Now add in the fact that they’re carrying very full drinks in their hands and trying to weave around people to get back to their friends. And factor in that these people are varying levels of intoxicated and things are likely to get more loud and obnoxious as the night goes on. There’s probably some terrible techno remix of one of the year’s biggest hits blaring in the background too. Sound like fun? Not so much.

You probably shouldn’t spend all of your rent money on Jägerbombs and overpriced beer. The markup on alcoholic beverages is ridiculous when you’re out at a bar or restaurant. They know you’ll grumble when their food prices go up, so they do all their markups with the drinks. They know how to get you. Your rent is most likely due January 1st, and that doesn’t include all the other bills you need to pay. Put that money towards something smart.

No, most of those people posting “New year, new me” statuses accompanied by fifteen different emojis aren’t going to be taking that statement seriously. But you should. You’re growing up and you’re focused on making each year better than the next and making amends with family and friends. Your New Year isn’t going to start off better than the last if you’re starting it with a wicked hangover. This year you seem to be a little more into fulfilling those resolutions.

You aren’t working part-time and probably can’t ask off for New Year’s anymore. Many full-time positions need you to work that day. Since you may be living in this boat, coming into work hungover would probably be more miserable than on a regular day. The thought of having to go through an entire day of work while feeling like you just got hit by a party bus may not exactly be the route you want to go down.

Yeah, every parent needs some time to themselves every once in awhile. But would you really feel right asking a babysitter to cover NYE so you can go get drunk? Also, kids get super excited to stay up late and watch the ball drop. Have a little party with your kids and share in the joy of the celebration. Apparently bringing babies to a bar is a thing, but do you want to be that person? I doubt it. Don’t be “that” person.

6. You don’t remember the last time you stayed out that late.

The normal bar closing time is normally around two in the morning. Be real with yourself. When’s the last time you were anywhere besides in bed or on your couch past like, 11 P.M.? Let alone dressed up for a night out and drinking? Is the struggle really worth it when you could be in your pajamas?

7. One drink puts you halfway—or all the way—to drunk.

Back in your college days, you could handle keg stands, rows of shots and whatever else that frat party wanted to throw at you. But your tolerance has gone down, and when you have a glass of wine at home to relax, you find yourself tipsy and lightheaded. Do you think you can keep up with the regular bar crowd? You don’t want to end up passed out in a corner before the New Year even hits.

8. The thought of getting hit on disgusts you.

Adding alcohol into a large group of people basically guarantees that you’re going to get hit on by some sloppy, drunk mess at some point throughout the evening. Do you really want that dude covered in Axe cologne to keep trying to be your New Year’s kiss? Or that girl chewing bubblegum saying that she’s into old guys? You can do better.

Let’s face it, the bar scene is just not your cup of tea—or vodka—anymore. Have a happy New Year, and avoid the bar craziness! 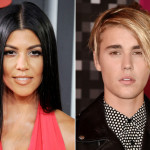 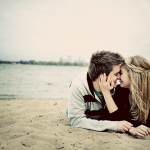