If there’s one thing I hate, other than the many other things I hate, it would be New Years Resolutions. I mean, why tell yourself you’re going to do something starting on January 1st for the entire year? Why not start doing that thing when you thought about doing it in October? Why did you have to wait until January 1st to start? BECAUSE YOU DON’T WANT TO DO IT. DUH. Here are some of my own personal New Years Resolutions that aren’t going to happen. But hey – at least I embrace that now. No point in being disappointed the third week of January once the appeal of these things wears off. Thoughts?

1. Stop drinking red bull vodka. Something needs to be said to the girl who says that every Sunday morning but somehow finds herself at a bar with a red bull vodka in hand every weekend night. I know I’ll tell myself ‘you’re done‘ and ‘you’re only drinking wine from here on out‘ for the next year, but when it comes down to it, I can be a really tired person 96% of the time. Sometimes, I just needs me an RBV. Even if it means getting the spins before bed and spending the next morning from 7am to 10am next to my BFF the toilet, drunk me doesn’t care. She goes hard… or she stays home and watches Netflix on the couch. So red bull vodka it is. I apologize to the 2014 version of myself already.

2. Lose weight. HA. Every year, I’m always like NEXT YEAR WILL BE THE YEAR — THE YEAR I DROP 30 POUNDS AND BECOME THIS SUPERMODEL STICK THING. But let’s be serious. I love to drink. And I love french fries. And although I love working out, I love leisure as well and sometimes after work, the couch seems like a better choice than the gym. This isn’t college anymore. I don’t have a 2 and a half hours of cheerleading practice to go to after my workout at the gym. I will never have time to be that active ever again. SoOoOoOo I should probably stop saying I’m going to lose weight. If I do great, but let’s surprise people (and myself) with weight loss… not tell them something that may not happen in advance.

3. Save enough money to move to New York. But that $98 blouse is calling my name. And that $310 round trip flight to Florida is kind of a steal. And… I can’t stop drinking! Staying in is for pussies. Why save money when I can spend it on my social life? I mean sorrrrrrry I went to school for communications and don’t make as much money as all my rich business nerd friends. If a job in NYC (or that really warm place… LA…) calls my name next year, I’ll come running. But I need to stop saying I’m going to save all this money to move there without a job because, well, that’s just not going to happen.

4. Start eating something other than pizza when I’m drunk. Or macaroni and cheese. Especially macaroni cheese. I keep drunkenly making a box of Annie’s or Kraft (shapes) when I get home from a night on the town and then neglecting the fully cooked product when it’s done. Not only is it gross and a waste of food, but one day I’m going to pass out and set my place on fire and that won’t be a pretty sight. Do you even knowwwwwww how much my wardrobe is worth? Do you even KNOWWWWW?! But back to pizza – not only am I allergic (gluten), but it’s not great for you. Why can’t I eat saltines… or rice cakes… or an 100 calorie bag of Food Should Taste Good chips? Maybe I should just stop drinking. YEAH RIGHT. LOL.

5. Hang out with people more. The couch vs the bar: The couch never used to win. I suffered from severe FOMO and always had to go out. But one day, that stopped and I started embracing my inner lazy kitten. I was staying in left and right – maybe once a month, maybe once a weekend. But this year, I can say “I vow to get dinner and drinks more with people during the week” or “I vow to take a chance and go out on a Friday night during Winter even if I feel like staying in” but no. The older I get, the less likely that’s going to happen. So I should probs stop pretending.

6. Stop eating gluten. But it’s so good. I mean, sorry stomach and your impending celiac disease BS, but what do you expect me to do when I’m at a restaurant and the nice little waitress person brings out a warm batch of bread? Just look at it? No thanks. I’m going all in. Especially if olive oil is involved. That shit is way too tempting. The same goes for pizza when at a gathering with friends – or when my boyfriend insists on getting it (okay okay maybe he’s not the one insisting, but I can lie), all kinds of pasta when people around me are eating pasta and the restaurant does not have gluten free variations, macaroni and cheese in any situation, and french fries that for some reason are not on the gluten free menu (french fries are always essential). No wonder I can’t lose weight.

7. Call people on the phone. BUT TEXTING IS SO MUCH EASIER. What did people do before texting was invented? Oh right, I was around before texting was invented. But anyway – why call someone when you can just text? Why map out phone dates when your busy life is going to get in the way? I really do want to call people more – I do. But an article I’m writing… or a spontaneous shopping trip… or a hangover… always gets in the way. We’ll talk soon enough. (Am I one day going to end up alone? Maybe.)

8.Stop being nice to people I don’t like. I can say I’m going to stop talking to so-and-so or stop pretending to be friends with people I’m not whenever I see them, but in reality I can’t be a mean person face-to-face… so that’s just not going to happen. 20-somethings are fake as fuck. However, I am realizing that as we grow older people grow further and further apart – literally and figuratively. So you see who you want to see. And as we keep growing apart, we’ll start hanging out more and more only with our sig oths, leading towards marriage and kids and whatnot… so for now, I’ll embrace being nice to people I don’t really like because one day I’ll be old and boring… and I’ll never be in these large social situations ever again and I’ll miss the awkward fakeness. 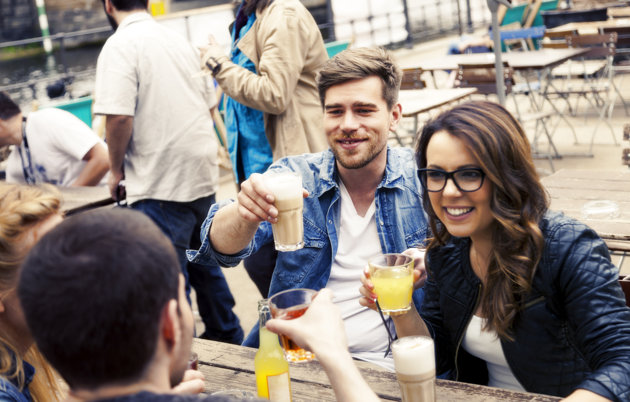 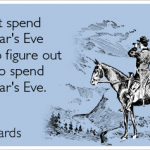 How Should Someone In Their Mid-20s Celebrate New Years Eve?