With the Hallmark-created Valentine’s Day rudely here and haunting us, it might seem natural for some people to want to couple up and find someone special to buy over priced chocolates and tacky stuffed animals for.  Some may resort to going back to an ex for the sake of avoiding loneliness.  Some may finally muster up the courage to ask out the person they’ve had a crush on for a while.  Some may even get so lonely and jaded by the whole frenzy of couples celebrating their mutual tolerance for each other that they feel feel compelled to sign up for online dating.

This is a cautionary tale of how not to utilize online dating, if you’re brave enough to give it a try.

About a year ago, in a state of desperation, I took a stab at online dating.  I had just gotten out of a serious relationship, which, much like all other things that I love in life, ended and left me emotionally broken and bat shit crazy.  I was drinking a lot of wine, listening to a lot of Alanis, and ultimately not getting out of the house in any attempt to move on.  After wallowing in self pity and shamelessly stalking my ex to no avail, I re-evaluated my life and came to a harsh realization:  dating is fucking hard, and it’s even harder to meet new people to date.  At the time, I was living in Orlando, waiting tables, and writing for a college comedy website.  I wasn’t exactly in a great situation to meet single, available 20-something guys.  Some people might say working in a restaurant is conducive to meeting great people, and I wouldn’t disagree – unless you’re talking about waiting tables in the biggest tourist town in America.  Not only was I not open to dating any of my coworkers (gag me with a spoon, I spent way too much time with those people to be remotely interested in doing anything other than drinking with them), but the majority of my male customers were a median age of 12 years old and wearing mouse ears.  Working from home isn’t exactly conducive to any office-place romances either (except for that one time I got into a joke of a long distance relationship with another freelancer…oh, fuck my life).  I also came to the realization every single guy I’d ever dated was someone I already knew by association – the friend of the camp friend I was introduced to, the guy from my hometown, the guy from my public speaking class, etc.  It is insanely difficult to just make new friends in a new city and successfully date them, especially with a work schedule that doesn’t really let you attend normal social gatherings such as happy hour.  I finally bit the proverbial bullet and signed up for online dating in a misguided attempt to make my pathetic love life (or lack thereof) seem a little less depressing.  After a failed, drunken attempt to make a profile, I sobered up, got my shit together, and made myself semi-presentable in the eyes of J Date.  This is a story of how tragically it all transpired.

After my initial failure, I was surprised that I actually had a few guys interested in going on a date with me.  I had set the bar pretty low for myself in the realm of online dating, so I eagerly jumped at the opportunity to hang out with one of my online suitors.  I had three potential new boyfriends within the first two days.  I have heard of this thing called “dating” where you see multiple people at once, but I tend to be very needy (re:  psychotic), so I wasn’t ready to fully grasp that concept yet.  Because I didn’t think juggling multiple dates would be an option, I narrowed down my date candidate to one eligible bachelor.  He was pretty perfect on the computer screen.  I consider myself a hard 6 with makeup on, and he was easily a 5 or a 6, which meant we were compatible in terms of physical attractiveness.  He was relatively educated, practicing, but not super religious, and a non-smoker.  This was a good start.  After some brief correspondence, we set a date to meet at a trendy bar downtown for cocktails.  It was a tapas place, which made me extremely nervous because as a spoiled oldest child I’m not good at sharing.  Despite my reservations about sharable small plates, I was excited about the date, even though I was nervous as fuck about meeting someone I’d only interacted with online.

Look, it was 2013, not 1950.  One does not simply GO on a blind date anymore without doing research.  I envy the bitches who had marriages arranged for them and could bypass the whole painful dating situation altogether, to be honest.  Knowing there was a small chance my date could be the second coming of a Craigslist killer, I did some light research before our evening together.  Thanks to Google, I found:  his hometown, his high school sport’s participation, his current vehicle (Florida DMV, get your shit together, there’s NO privacy), and his parents’ properties.  Naturally, I used Zillow and Trulia (because one can never be too sure) to estimate the value of his family’s properties, and decided I would more than likely be safe to meet up with this stranger.

The night of the date, I did something I’d never done before in the history of time:  I showed up early.  I did this because I intended to get a healthy buzz on at the restaurant bar before the date started to calm any jitters I was having, and I also wanted to secure a seat close enough to the door that I could see if the date was worth sticking around for.  If I was getting Catfished, I could have easily just met up with my friends who were at a bar relatively close by.

Our date was supposed to start at 8:00, so I started downing glasses of wine at 7:15 promptly.  I figured I would take it slow and only have a glass or two while nervously texting, but the bartender ended up selling me a bottle.

When my date (we’ll call him Seth, because that was his name) arrived, I was pleasantly surprised to learn he looked better in person than on his profile.  I made him awkwardly look around for a little bit before meeting him at the host stand and heading to a table with him.

Everything actually seemed to be going quite well, or at least, I thought it was, but I was also 6 glasses of wine deep.  We agreed on a red sangria and a few small plates, and started talking about ourselves, which was when it got awkward.

Seth:  “So, what do you do?”
Me:  “Well, I work for a website.”
Seth:  “Oh, so are you in IT?”
Me:  “No, I write for a website.”
Seth:  “Oh, so you’re a journalist?  That’s awesome.”
Me:  “I think journalism would loosely describe it.”
Note:  I had no intention of telling a 27 year old who had his shit together that I barely made an income by writing about college debauchery for a comedy website.  I was trying to appear to be marriage material, so I quickly changed the subject.
Me:  “So, how did you wind up in Orlando?”
Seth:  “I actually got transferred here with my job a few years ago.  I’m originally from New Jersey.”
Me:  “Oh, that’s so funny!  I’m from Connecticut originally.  Small world.”
There was nothing coincidental about this.  I stalked the fuck out of him before the date, remember?
Seth:  “Yeah, I know there are a lot of transplants from the Northeast down in Florida.  I like the weather down here, but I miss home a lot.”
Me:  “I do too.  You know what’s funny?  I have a really good friend from Scotch Plains and I used to go visit her during the summer.  I probably was at the same bars as you at one point since you’re from Westfield.”
Seth:  *awkward stare*  “How did you know I was from Westfield?”
Me:  “What?”
Seth:  “How did you know where in Jersey I was from?”

I would like to think that without a good buzz on I could have said something logical, but I was drunk and cornered and forced to tell the truth.

I went on to admit how I’d actually done a lot of cyber stalking before the date, blaming watching too many Lifetime movies as my rationalization for doing so.  I also started crying about how I’d just gotten out of a long term relationship with a guy I seriously thought I was going to marry (I mean, we shared an apartment AND a beta fish for crying out fuck) and didn’t really know what I was doing, and I’m sorry I was such a disaster as a date.  I might have offered to put out.  Unclear.  He seemed a little understanding, until I let it slip I knew the value of his both his home and his vacation house down the shore.

He looked both offended and afraid all at once.  He immediately flagged down our server and handed his credit card to her.  He threw together some bullshit apology about how he didn’t think it would work out, citing reasons such as “needing someone stable” “not seeing this working.”

I wound up finishing the pitcher of sangria that was on the table and pouring myself into a cab.  I ignored my friend’s attempts at getting me to meet up with them at the bar they were at, largely because I was already hammered.  I instead went home, cracked open a bottle of wine (which I’m sure I needed.  Not) and watched My Best Friend’s Wedding, my go to pity party film.  I also got so drunk that I went on my work’s Facebook page and left a post for all of my co-workers to see: 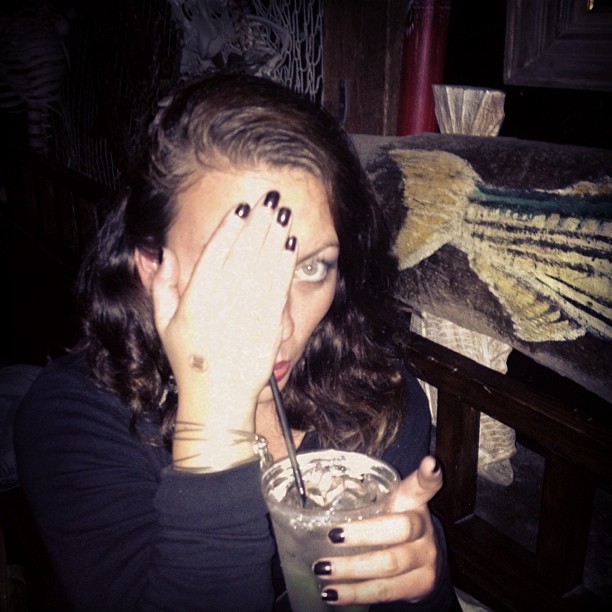 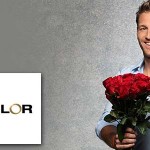 Why You Should Watch The Bachelor