I have been called “basic” plenty of times in my life—more often than I’d like. Although this term has only been around for a few years it is made an impact on society, social media, and even dictionary.com. You are so basic is a phrase that is heard floating around college campuses and coffee shops on the regular.

But why do we feel the need to call each other this? And why are women calling other women this? What does “basic” mean, anyway?

Let me get this straight. If I like fall and going to Starbucks and wearing sweaters then that makes me “basic?” Yoga pants? Those are a sin?

Please explain to me when going to Starbucks became something with a negative reputation. Maybe I just like coffee and that is an establishment that will feed my caffeine addiction every morning. So if I got my coffee somewhere other than Starbucks it would be okay?

Just the other day my roommate came home from a bartending shift and said to me with a completely straight face, “It was ridiculous. His drink order was longer than your Starbucks order.” Not only am I being judged by going to Starbucks, but also for being specific about what I want in a cup of coffee that I am paying for. For the sake of not being “basic” I am supposed to let them give me whatever they feel like?

Liking fall is also becoming a problem. I was taught in preschool that fall is a season. Seasons have been around forever. After summer ends the weather cools down, the leaves start to change colors, and I may put on a sweater instead of a tank top. And maybe *gasp* a jacket. And maybe *gasp* it’s a North Face. Am I supposed to freeze my ass off every day for the sake of not being “basic?”

And yoga pants! God forbid a woman might put on yoga pants when she gets home because she has been wearing a pantsuit all day and wants to be comfortable. Yoga pants are comfortable. And they look a hell of a lot better than sweatpants if you ask me.

I would think that in the 21st century we would be done categorizing people strictly by their choice of clothing. And if we are, then anyone should be able to wear yoga pants whenever they so choose.

Dictionary.com has laid this all out for us.

“Ba-sic. [bey-sik] Slang. (Especially of a female) characterized by predictable or unoriginal style, interests, or behavior.”

Yes, I get it. Calling someone “basic” is calling them unoriginal. But there are a few things about that definition that don’t really make sense to me.

First of all, as a feminist, I have a big problem with the fact that more often than not, men are not called “basic.” A man can go to Starbucks all he wants and it’s perfectly fine, but a girl does it and suddenly she’s “predictable?” I guess he isn’t going while wearing yoga pants so that makes it okay.

Second, what exactly is “original?” Who decides what is or isn’t an original idea or action?

I can’t deny that there has been a recent obsession with breaking the norms and not conforming to the popular trends in society. There are multiple new stereotypes of human that exist solely based on their determination to non-conform.

I would argue though, that many people don’t wear UGG boots because they are conforming. They are wearing them because UGGs are comfortable and warm.

We live in a world full of progressive thinkers, big dreams, and not many rules. Two men can get married and start a family together. Miley Cyrus can wear dime-sized stickers over her nipples and call it a shirt. Yet we are still spending our time judging people by their coffee choices and season preference. To be completely honest, it’s total bullshit.

Here’s the thing. Sometimes I want to lie in my bed all day and watch Friends on Netflix. Love Actually will always be the best Christmas movie. Kale is actually really good for you. Carrie Bradshaw taught all of us some valuable life lessons, as much as you don’t want to admit it. I really love brunch. And one of my goals in life is to be Insta-famous.

I don’t think any of these things make me any less of a woman or less of a human for that matter. These things also don’t make me stupid, predictable, or a conformist.

Please don’t spend all of your time in this one precious life worrying about what everyone else is or isn’t doing. And for God’s sake, just let me live.

20 Struggles of Having Thin & Straight Hair 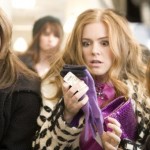 10 Financial Mistakes Everyone Makes In Their 20s