Thanksgiving – a time for food and above all, friends.  Friends like Ross, Rachel, Monica, Chandler, Joey, and Phoebe.  Nothing is more comforting than re-watching this classic sitcom.  So this Thanksgiving while in a turkey induced coma, turn on your Netflix, and jump into some of these funny and festive episodes.

Tag has just broken up with his girlfriend, so Rachel him to Thanksgiving at the apartment.  Rachel debates asking Tag out, to which Joey explains that if Tag doesn’t like her then it’s all a “moo point.”  Meanwhile, Chandler suggests that the group try to name all the states in six minutes – everyone struggles with it…including Ross.  Phoebe reveals she’s been hiding a dog, Klunkers, in the apartment. Chandler admits that he isn’t allergic – instead he hates all dogs because you can never tell what they are thinking.

9. The One With Rachel’s Other Sister (Season 9)

Rachel’s sister, Amy, comes to spend some time with her and Rachel’s new baby, Emma.  Amy, a self centered materialist, doesn’t really want anything to do with Emma but still wants to take care of her if something happens to both Ross and Rachel.  Rachel tells Amy that if they die Chandler and Monica will get Emma.  Angered by this, Amy starts a fight with Rachel around Monica’s fancy new wedding china and chaos ensues.

Not getting any help from the group, Monica takes on making Thanksgiving dinner. But she gets a piece of ice in her eye, causing her to go see the on-call ophthalmologist – Richard’s son.  Monica ends up inviting him to dinner. Chandler is still hell bent on getting Joey’s forgiveness over Kathy so Joey sentences Chandler to be locked in a box for six hours.  Things get awkward with Monica when she kisses Richard son and Joey lets Chandler out of the box to go be with Kathy.

Old high school friend, Will Green, joins the group for Thanksgiving.  Will is not a fan of Rachel and he reveals that he and Ross had a club devoted to hating her in high school.  Will also admits that they are the culprits behind a nasty rumor—they told the student body that Rachel had both male and female reproductive parts.  Enraged, Rachel admits that she told the school about Ross hooking up with the librarian.

6. The One With the Late Thanksgiving (Season 10)

Monica is guilted into hosting Thanksgiving for another year but when it’s time to eat, no one shows up. Phoebe and Rachel go to a baby beauty pageant while Ross and Joey attend a hockey game.  The gang finally shows up an hour late only to be locked out of the apartment.  They try to apologize but Monica doesn’t want to hear it.  However, in the end Monica & Chandler get some happy news and all is forgiven.

5. The One Where Underdog Gets Away (Season 1)

Monica decides to host Thanksgiving and one by one people’s individual plans go awry.  Phoebe’s grandmother decides to observe Thanksgiving in December and Joey’s family doesn’t want him home because they think he has V.D. due to an ad campaign he was in.  Chandler comes in with news that one of the balloons from the Macy’s parade has broken free and the group goes to the roof to check it out, only to find that no one has the apartment keys.  This causes Rachel to miss her flight to Vail and for the Thanksgiving dinner to burn.  The gang ends up celebrating together with grilled cheese sandwiches.

Not technically a Thanksgiving episode but Monica does spend some time making some Mock-late recipes. Ross debates what he should do after kissing Rachel while still dating Julie.  Chandler and Joey suggest that Ross make a pro & con list about the two women.  Rachel finds the list – offended by everything Ross listed – and completely ruins his chances of the two of them ever getting together.  Thus causing one of the best songs by U2 making it’s way into the episode.

3. The One With All The Thanksgivings (Season 5)

The group reflects on their worst Thanksgiving memories.  Chandler’s is from his childhood causing him to forever hate Thanksgiving.  Phoebe shares a Thanksgiving story from her past life.  Rachel recalls the time Joey put a turkey on his head. But the worst Thanksgiving of all is when Ross brings Chandler to the Gellar house for Thanksgiving in the 80’s.  Chandler ends up calling Monica fat.  Getting revenge on him, the next Thanksgiving Monica has lost a ton of weight and tries to seduce Chandler.  Her plan misfires and ends with Chandler losing a toe.

Monica has not told her parents that her and Chandler are even dating, let alone living together, so Chandler does his best to impress the Gellar’s at Thanksgiving.  However, Ross tells Chandler that his parents will never like him because Ross blamed Chandler for smoking pot in college when it was really him.  Monica lets Rachel take the reigns on making dessert but instead Rachel messes up and ends up putting beef in her holiday trifle.  Monica pressures Ross to tell their parents the truth about Chandler but eventually the siblings end up blurting out their past secrets to their parents.

Monica and Ross’ sibling rivalry takes a new level when the group decides to play a friendly game of football while their Thanksgiving dinner cooks.  Rachel and Phoebe are pretty useless in the game and Chandler and Joey are distracted by impressing a Dutch girl.  Ross and Monica take the game way too seriously when Monica reveals that the winner will get the Gellar Cup. 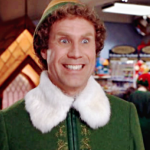 10 Things Only People Who Shop On Black Friday Understand