This morning while driving to work I was surfing through radio stations, as usual, and found myself listening to a medium reading people on the radio. Normally, I would have been like what a joke, BUT I do have a story behind mediums that lead me  to be NOT SO skeptical.

Two years ago, I was living in Los Angeles for my Junior year spring semester. I was having the time of my life with my best friends, interning for two of my dream companies – Bravo and Entertainment Tonight, tanning by the pool and beach daily, getting Pinkberry nightly, and taking the most interesting class I’ve ever taken – “Writing for TV Series.” My life was made. I loved the heat – I am pretty sure I have seasonal depression, and when I was in LA, I was always happy. Life was awesome.

Well, one day at Bravo, my boss asked if I wanted to sit in on a pitch for a prospective reality show about a Medium (I just thought that meant psychic). I, of course, said yes. I was so excited to sit in on a real TV pitch, and thought the Medium was going to be such a joke…

The morning of the pitch, the conference room was filled with a good 10-15 people, including the Medium, Rebecca Rosen, and her publicist. After telling us a tiny bit about herself, the first thing Rebecca did was taking a “reading of the room.” She said that as she “reads” us, the dead will come to her if they wish to “speak with us.” After not having the dead rapidly come at her, she said it didn’t feel like anyone had a recent, tragic death in the room because no one was quickly “coming to her.” Everyone in the room agreed with her, and I started to zone out – I was so sure she would never read me. I had never had anyone super close to me die yet, but I did think of my dad’s mother, even though we were never that close. She read this one boy sitting next to me first… Once again, I didn’t really listen. It just sounded like one of those skits on South Park or something where they shit on psychics/mediums for making people believe they actually know what they’re thinking by hinting at things that could mean ANYTHING.

But then, she pointed at me. She said my grandmother was coming to her… And all of a sudden, all eyes in the room were on me, smiling with hope that she would unravel news about my life or something. I said, yes my grandmother is dead. And she asked if it was my paternal grandmother. Yeah, it was my paternal grandmother – she was my only grandparent that had passed away actually – but once, again, not that impressive. She said she was smiling and waving, which YES she did have a bubbly, happy personality – but wouldn’t anyone smile and wave when talking with someone they hadn’t seen in a long time?

After this, things got WEIRD. She said she was trying to understand what she was saying… and said “Sylvia – is that her name?” … “Yeah, that’s her name,” I responded… I was OFFICIALLY creeped out.

She then started to say things like “She wants you to tell your mother not to worry about you so much” … okay, my mom worried about me, but don’t all mothers? THEN she said, “Like when you are walking home alone at night.” At that moment, I was totally WTF-ed. The night before, I was going to have to walk home from my night class alone, but my mom said not to, so I had my friends come pick me up! That was totally descriptive – nevermind knowing my grandmother’s name…

After this, she asked if there was a boy in my life that I had been going back and forth with. At the time, there kind of was (but not really haha just an ex and a guy I had been talking to), so I said yes… (just by looking at me, she could of guessed that though – I was a 20 year old college girl… let’s be serious) She asked if his name was Dan? I said no, but she insisted, asking me if there were any guys named Dan in my life. I had actually just gone on a date with a creeper named Dan the week before, but I didn’t even want to bring that up so I just said no. She then tried harder to understand what my grandmother was trying to tell her, saying that maybe the boy’s name sounds like Dan, has the letters d, a, and n in the name, OR I hadn’t met him yet. She said that her grandmother had spoken to her and told her husband’s name before they had met, and maybe that was happening to me now. HA.

Anyway, she said she really thinks the name is Dan, and my grandmother was saying that she really likes him and to stop going back and forth with him, because I am supposed to be with him. At this point, I was trying to think of all the guys I had recently had interacted with and seeing if they had those letters in their name…

And that was it. She read one other person in the room, but I paid no attention because I was so creeped out and couldn’t stop trying to figure out who this “Dan” character was. After the meeting, my boss kept telling me to go find the Medium and ask her more questions, but I couldn’t bring myself to do so. You could tell everyone in the office was creeped out – I mean, how could you not be. I researched the Medium, Rebecca, after and found out you have two wait around FOUR YEARS to have a reading from her! Wow.

Three days after I got home from LA, about a month later after the reading, I went to a friend’s party and met a boy named Dan. Mind you, I was so drunk, I didn’t even remember what he looked like… but he texted me a few days later, and we started talking and soon, hanging out. (He friended me on Facebook too, so I knew what he looked like – don’t worry). His name was Dan, and I couldn’t help but think, “is THIS the Dan my grandmother was talking about?”

So this Dan is actually my current boyfriend of almost two years. Crazy, huh?  🙂 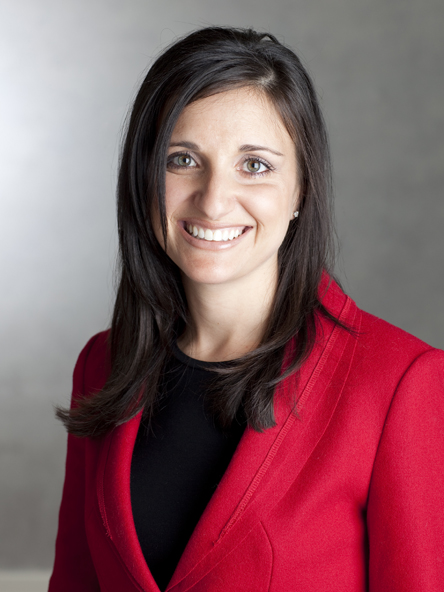 My little brother… OR the next Justin Bieber?