The elegant and super talented Adele won the hearts of many and it wasn’t for her strong vocals. The singer took home five Grammy Awards including song and record of the year for her hit, “Hello,” but it wasn’t until she won album of the year for “25,” that she moved both viewers and audience members to tears including Queen Bey herself.

When Adele returned to the stage to accept her well-deserved final Grammy she dedicated it to Beyoncé:

“But I can’t possibly accept this award and I’m very humble and very grateful and gracious, but the artist of my life is Beyoncé and this album to me, the Lemonade album is so monumental, Beyoncé. So monumental. And so well thought out, and so beautiful and soul bearing. And we all got another side to you that you don’t always let us see and we appreciate that… all us artists here [expletive] adore you. You are our light. And the way that you make me and my friends feel, the way you make my black friends feel is empowering, and you make them stand up for themselves. And I love you, I always have, I always will. Grammys I appreciate it. The academy, I love, you, my manager, my husband, and my son. You’re the only reason I do it. Thank you so much, thank you very much to everybody.”

As the camera captured Beyoncé’s reaction is was clear she was moved and we even saw her mouth the words “I love you so much.” To many, (including myself) this was a moment. Adele said what we were all thinking and literally got to process her undying love for Queen Bey. The “25” singer even allegedly broke her grammy in half in a real Cady Heron fashion (Yes, I referenced Mean Girls, deal with it).

Furthermore, black girls (like me) everywhere felt both understood and appreciated. The album Lemonade was triumphant for women everywhere but specifically black women. It was an album filled with encouragement and empowerment. It literally oozed #BlackGirlMagic and feminism. Beyoncé showed the world how beautiful and strong black women are despite societal stereotypes. The visual album was dynamic even for Beyoncé herself. She used Lemonade as not only an opportunity to let the world see she was capable of more than just sequenced leotards and complex dance moves but she used it as a platform to showcase the talents and political initiatives of so many different black women.

Lemonade gave exposure to poet Warsan Shire who’s words became the backbone of the album. It also paid homage to the mother’s of Trayvon Martin and Michael Brown and their efforts towards the Black Lives Matter Movement. She featured everyday women and people from cities like New Orleans who don’t ordinarily get exposure. In addition, Beyonce showed a more vulnerable side of herself and her family that we don’t usually get to see. She showed us she was human (a magical human but a human nonetheless).

In her acceptance speech for best urban contemporary album the expecting mama said, “It’s important for me to show images to my children that reflect their beauty.” This is exactly what Lemonade did. It showed us how beautiful we truly are and Adele understood this. She not only understood this but she expressed it. This was a moment for women; this was a moment for feminism. She used her platform to stand up for people who don’t often have the same opportunity to use their voice. Adele figuratively stood hand in hand with black women and acknowledged our struggle and appreciated our grace and for that she deserves a “Seat At the Table.”

“The #LEMONADE album was so monumental.. The way you make me and my friends feel is empowering.” – @Adele as she accepts AOTY #GRAMMYs

Beyonce & Adele are glowing examples of how women should strive to treat one another. #GRAMMYs

I wasn’t offended by the “black friends” comment. Because Lemonade was for BLACK women. And the world needs to recognize that. 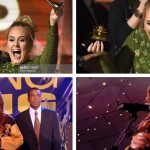 The 11 Most Important Things That Happened At The 2017 Grammys 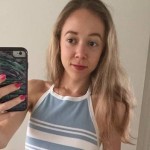