All recent grads have noticed the difference between the way you used Facebook in college (and high school) and the way you use Facebook now. It’s almost completely different. Times have certainly changed, and Facebook has made many updates… but even so, the way we use Facebook has changed because of our age – and not because of any new features. Believe me. My 11 year old brother is on Facebook playing games and writing nonsense on his friends’ walls. My other brother who is in high school has girls constantly writing on his wall every day and guys posting inside jokes. Facebook is different for us older people though.  We don’t use it for the same reason as them – We use “Adult Facebook” – the classier version of “College Facebook” and the boring version of “High School Facebook.”

Whether you’re currently using “Adult Facebook” or you haven’t made the transition yet – here are a few things that occur when you turn over to the dark side:”

– Your photo album names become boring. Instead of naming your albums after the month’s most popular rap song, you name them after the season, year, or everyone’s favorite – “Mobile Uploads” – because when your phone takes pictures (especially on the iPhone where even the ugliest person looks good), you’re not going to carry around your camera too.

– You don’t write on your friends’ “walls.” Facebook used to be a place where you would write on your friends’ walls. You wrote inside jokes… asked people what they were doing this weekend… and flirted with your crush. Now, there are very few things adult FB users use “the wall” for – and that is to say “happy birthday” or to randomly make a joke you want others to see and (hopefully) comment on. People also post links to pictures, videos, articles, websites on friends’ walls. Other than that, though, the “wall” is pretty much dead to us Adult Facebook users. I mean, it’s not even CALLED a wall. The text just says “write something” on your friend’s newsfeed. Young people still converse with people on “walls” – or newsfeeds – whatever it’s called.

– Your status updates are rare and don’t let friends know what you’re doing at that moment – or tell your feelings (unless you’re annoying – and it’s only acceptable if it is a one time thing). But instead we make updates that spark conversation OR give links to articles, pages, photos, videos, etc… If you’re doing something super exciting, it is acceptable to update friends on that – but not if you’re showering, drunk, or going to bed.

– Facebook chat is your AIM. AOL IM -> AIM -> Adium/iChat/whatever… No one uses those anymore. They are ancient (except for the fact I use AIM for work…)  Now, to communicate with friends you text, talk on the phone (that’s rare), or Facebook chat. And now that Facebook has combined messaging with chatting – talking to people couldn’t be easier (or could it?) … So why write on a wall when you can just write a quick IM?

– You aren’t as “active” on FB anymore. This is because we are actually cautious of what we put on our Facebook pages because of present employers, future employers, grandparent friends, parent friends, etc. Everyone is on Facebook now. Plus, your life is not exciting anymore so you don’t really have much to say and show…

– Facebook is on your phone causing less of a reason to go on the actual site. Meaning the excitement of checking notifications is gone, because you are constantly recieving them from your phone – so you never log on with 5 new notifications anymore. And it’s actually super annoying on your birthday – rather the fun of getting 100 new notifs.

– You don’t have as many friends. Unless, of course, you didn’t participate in the fun event that is defriending. If I were you, I would get on that. (Read here for reasons why)

– You still “Facebook Stalk,” but not as much as you did in college – You have a life now! You don’t have too many people to stalk anymore. Everyone you constantly saw in college that you were just friendly with (or even your actual friends) are no longer living near you… you don’t know the people in their lives. You might even forget their last names… So it’s just not that interesting anymore. No one can spend a constant hour or more on Facebook anymore. Since we aren’t constantly updating our page – there’s not much to look at.

– Events must be created in order for you to have a successful night out with more than 6 people. Maybe this is just a ritual that my friends go by, but if an event is not present for the upcoming weekend, no one goes out or everyone makes alternate plans. People get anxious and don’t know what to do with themselves. But if an event is made, everyone is able to get together and plan things in advance. We’re working now and have two nights to indulge in fun (friday night and saturday night) so if you’re not telling me what to do, I’m going to do something else, go away for the weekend, or catch up on sleep – Unlike the college/high school days when you just did whatever was going on (and go out literally every night of summer – how did we do that?). Anyway, even though events were a crucial part of college, there were two bars at mine and everyone lived together SO event making was not always necessary – Now, it is.

– Instead of looking at your most recent pictures, you look back on your old college pictures – and cry. Okay, maybe not to that extent – but I know we all go through those pictures on a constant basis (especially while procrastinating in our cubicles at work) and think WTF happened to my life? 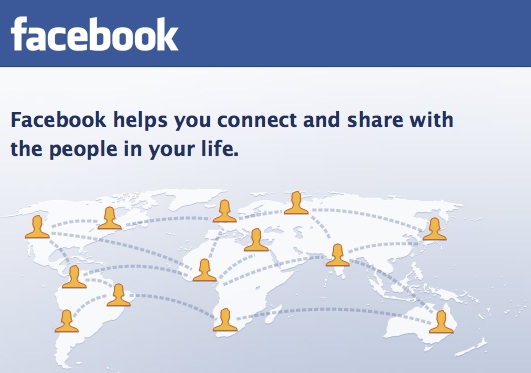 Why I’m Moving Out When I Don’t Need To