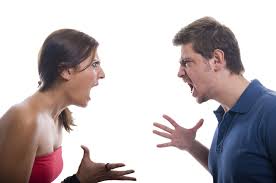 Now that I have your attention, I’d like to preface this post by saying that I do not in fact believe either of these things. I do, however, believe these are two labels that are grossly overused in the dating world. Perhaps it’s due to technology and social media, for providing us with a seemingly endless amount of options, and information about these options. Or perhaps we have just grown judgmental and jaded as a culture. Either way, I hear these words being used to describe the opposite sex constantly. Rather than getting to know someone or trying to understand the other person’s view, we simply say “He’s an asshole” or “She’s just crazy”. Next. (Open Tinder App).

I find it problematic because a lot of the time these words are used unfairly. I don’t believe that anyone (male or female) should be prematurely cast in either of these roles. (This is my big problem with the app, Lulu, but I’ll save that for another post) Before I sound like a huge hypocrite, I will admit that I have often been quick to call a decent guy an “asshole”, simply because he didn’t behave in a way that I wanted him to. But I have also heard guys on countless occasions, call a completely sane girl “crazy”. In reality, we are all just people, trying to figure out how the fuck to interact with the opposite sex in this ridiculously confusing social media driven culture. So many of our interactions go misinterpreted. As a result we make assumptions and judgments of the opposite sex based on our own insecurities or narrow perspectives, resulting in an overuse of the words “asshole” & “crazy”. The harsh truth is that these words are often used to make ourselves feel better about a situation. If a guy loses interest, it is much easier to call him an asshole than it is to admit he might just not want a relationship, or even worse, a relationship with me. (OUCH). It took me a long time to come to terms with the fact that just as I’m not into every guy I meet, not every guy I meet will be into me, and that doesn’t mean he’s a shitty person. “Yea, turns out he’s like not ready to decide that I’m the only person he wants to sleep with again for the rest of his life. What an asshole.” On the other hand, guys, it’s much easier to call a woman crazy than it is to admit you fucked up or acted like an asshole. “Yea, she was crazy. Turns out she like wasn’t ok with me ignoring her texts and then calling her when I was horny. I know dude, PSYCHO.”

Ladies, does this sound familiar? “That was kind of shitty of him. But I don’t know if I should say something because I don’t want him to think…” STOP. Hold it right there, and examine the sentence “I don’t want him to think”. For years, I can’t tell you how many of my interactions with guys were determined by that illogical internal voice. That is the 20something woman’s biggest fear, being labeled crazy. The sad part is, this fear often becomes the catalyst that enables guys to treat us like shit and get away with it. They blow us off, we deal with it, because to say “Hey asshole, that’s not cool” would make us “crazy”. In a recent Huffington Post article, Harris O’Malley points out that “calling a woman crazy is a quick and easy shut down to any discussion. Once the crazy card has been pulled, women are now put on the defensive.” In other words, not only do we have to lock it up, we have to go out of our way  to show just how “sane” we are.

So why does this happen? In my opinion it’s a matter of laziness. (And again, I am generalizing). For the most part, if men don’t have to go out of their way to get what they want, then they won’t. In the early stages of a relationship, men do this thing I like to call “the asshole dial”. This is where guys start to get comfortable and put less work into a relationship. It isn’t direct asshole behavior. It’s more subtle. For example, you might start noticing more and more of his texts start with “Sorry just this”. Or instead of planning dates in advance he texts you last minute or late at night. This has two purposes. First, to see how much they can get away with while still getting laid, and second, to roll out “the crazy test”, aka seeing if you go batshit when they go MIA. Guys turn up the asshole dial and see where we land on the crazy scale. Why this is unfair: men essentially CREATE a scenario in which they walk away with their hands clean while women are left feeling confused and unfairly labeled as crazy.

We live in an age where there is a continuously decreasing amount of effort being put into relationships. As a result, the bar for romance has been lowered. I have a stand up joke about the fact that if a guy were to give me flowers I would think he was a rapist. While clearly a drastic exaggeration, it came from a very real experience. My “aha” moment came when I shamefully admitted to a guy I was seeing at the time that I had my period. I jokingly (but actually) felt like I needed to say “Hey, just so you know aunty flow is in town, so we can hang another night if you want.” WHAT? I wish I could go back in time and slap myself for even having that thought. I almost said, “Aw, that’s so sweet”, when I realized, how is it possible that we have reached a point in time where a guy hanging out with me even thought my vagina had the nerve to menstruate is considered ROMANTIC? Luckily he was a good guy, but if he were the type that was just interested in sex, he probably would have been like “Yea, lets hang out when a whole night of cuddling can actually lead to something.”

I will never forget the words of good friend of mine who said “You gotta make him pay the meter”. TRUTH. I’m not just some free parking spot that’s open all the time. You gotta read the sign and put a couple quarters in my slot. (I am aware of the amount of sexual innuendos in this paragraph, I’m trying my best to take the high road). Ok fine. LOLZ it’s like a guy putting his penis in your parking space, or quarters in your vagina. Did I get that wrong? Whoops.

Anyway, I eventually realized that guys were treating me like shit because I let them. Think about it. If you get a dog, it’s going to shit in the house. You have to train it from early on to go outside. You can’t let it slide and then get mad at the dog for making a mistake you failed to correct, and then wonder why it continues to happen. Applying this to homosapiens, if a guy blows you off and you say “Oh it’s cool, let me know whenever you’re free”, you are not in fact being the “chill, not needy” type that you think. You are being a doormat, and no guy finds that attractive. If from the get go you say “Hey, in the future I would appreciate a heads up if you have to cancel so that I can make other plans”, it sends the message “Listen fucker, I have better things to do than to sit around and wait for you” (but in a more lighthearted tone”. One of my favorite quotes: “We accept the love we think we deserve”.

In conclusion, not all guys are assholes and not all women are crazy. Can’t we all just get along? Or at least have respectful casual sex with each other without all the drama? 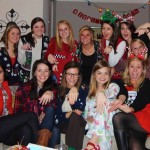 All Her Friends Are Engaged: What Each Girl In The “Best Engagement Photo Ever” Is Thinking 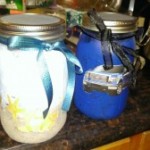