Oh, the ’90s. We did things differently back then. Mostly because we didn’t have access to the things we do today like smartphones and TikTok and extreme amounts of anxiety, so we chatted with strangers on our computers in sketchy chat rooms on AOL & AIM. It was weird, and I can’t imagine doing it now as someone who can’t even respond to one text without overthinking my response for 3 hours, but we did it.

What Was an AOL Chat Room?

Circa 1990-something, a chatroom was a place you could virtually go to interact with other people. First you had AOL chatrooms (not AIM!). This was before AIM, AOL’s free instant messaging service (because AOL cost money), took over.

In AOL chatrooms, you could chose from one of the MANY categories and enter a chatroom to find a bunch of fucking weirdos saying weird fucking things to one another.

In AIM chatrooms, you could create your own “private” chatrooms, inviting only people you knew to them, which became the cool way to socialize outside of school (or at school if you were in “keyboarding class” or something). Face to face interaction? No thanks. Talking on the phone? Maybe later when you weren’t tying up the phone line while logged on to the Internet (only the lucky could do both at the same time). You were all about maximizing the amount of people you talked to online, and the best way to do that was through the chatroom.

The Different Types of Chat Rooms

We briefly touched on this before, but there were a lot of different types of chat rooms out there on AOL. It was almost like being on Craigslist in realtime without having to click on any advertisements, so… sketchier. Basically, it was like if Reddit and Craigslist had a child. This is actually worse than sketchy, you guys.

People entered chat rooms to talk about things like music (like, there may or may not have been a chat room dedicated to “Nsync”) or Pokemon cards or homework or… sex, which was probably the most amusing one for every 11 year old kid surfing the web. Because yes, we joined the sex chat rooms as youths. Literally everyone was playing chat room roulette in the ’90s! Parental controls be damned.

As for private AIM chatrooms, you could create your own, so THE SKY WAS THE LIMIT. Create your own adventure they said, and we did.

What Types of People Were in Chat Rooms?!

People of all kinds! Here are some examples:

Comment sections weren’t as interactive as they are now, so trolls found a way to live a second life in public chat rooms with their cyber friends. For instance, if you entered a chatroom about Nsync, there were probably 3-4 people bashing the band already. Like, why enter the chatroom when you don’t even like what it’s about?! Fucking BSB loving trolls.

I mean, I don’t know this, but I assume many people were sitting naked at their computers messaging people in chat rooms lying about their A/S/L when looking for someone to ‘cyber’ with. Gross.

*Must enter the science fiction/Harry Potter chatroom now.* (Not all nerds joined chat rooms though. Other types of nerds were too busy learning HTML on FunkyChickens.com. This was me. Long live FunkyChickens.com.)

After mommy and daddy upgraded one’s AOL account from AOL Kids Only to the big leagues (AKA no more parental controls!!), the pre-teens went HAM. They had more games to choose from! More websites to browse! And finally, they could take part in CHAT ROOMS. Pre-teens in the ’90s didn’t really know anything about chat rooms, but they were in them giggling with friends sitting next to them as they entered the world of the unknown.

Basically, it was a lot of people IM-ing nonsense to strangers, a lot of people expressing anger, and a lot of different text colors and fonts, but mostly A LOT of comic sans. It was like being stuck on a group chat with your entire Facebook feed. Eek.

Occasionally, people would ask the infamous chat room question “A/S/L.” This meant “age, sex, location.” Naive young people everywhere believed others always told the truth about this. But, like, helloooooo. Have you seen “To Catch a Predator?” How many 42 year old men were pretending to be 13 year old boys? A lot probs. Pre-teen me was just trying to talk to other Nsync fans. Good thing she was not catfished!!!

Also nothing good. And if not that, then it’s likely nothing happened at all.

You either had a bunch of friends/acquaintances in a chat room being like “hi” “hi” “what’s up” “nmu” “nm” “cool” … or you had a bunch of girls talking shit about people… leading to someone printing out the convo… and then bringing it to school to start some majorrrrr DrAmA. People think social media is bad, and everything was so innocent before it, but like WE PRINTED RECEIPTS AND BROUGHT THEM TO GUIDANCE COUNSELORS. I mean, I never did this. But I know people who did.

People you interacted with in private chat rooms became people you would call “friends.” Like, if I never talked to so-and-so in real life, but I had been in a private chat rooms with them, NBD. We were now friends. THEY WERE AIM PROFILE FRIEND INITIAL LIST WORTHY. Iykyk.

Does AOL Still Have Chat Rooms?

Have you heard of Reddit? Have you seen comments on popular Instagram posts? Have you ever been on FACEBOOK? Have you paid any attention to what’s going on with Twitter? People are still sketchy, creepy, and troll-y, but like in a much more public facing way. No one gives a fuck anymore, I guess. The world is now one big AOL chat room and we’re just living in it. 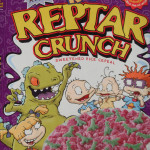 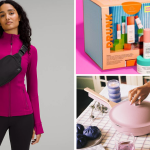