Last month, Juicy Couture announced it was closing its U.S. stores for rebranding, and that meant saying goodbye to the clothing item that defined our generation: the tracksuit. Any girl growing up in the ‘00s lived and breathed in those matching sweatshirt-and-pant duos—who wouldn’t want to run errands or board a plane in a pair of pants with “Juicy” emblazoned on the butt?

Chances are, we wouldn’t be caught dead wearing them now—they’re already considered “vintage”. But back then, it was socially acceptable to be seen out in public in sweatpants and a matching zip-up sweatshirt. 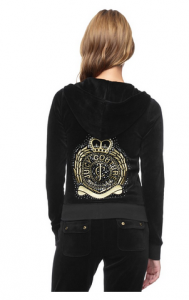 The Juicy Couture tracksuit wasn’t just another article of clothing—it was a lifestyle.

The tracksuit was designed for working out, but in “luxury” fabrics like velour and terry cloth, did you really expect to be running a marathon in that outfit?

In 2004, the Juicy Couture brand hit its prime:

Lindsay Lohan made it casual with a skinny scarf and flip flops. 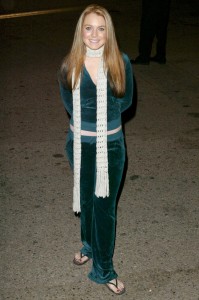 Paris Hilton made it classy with a designer handbag and oversized shades. 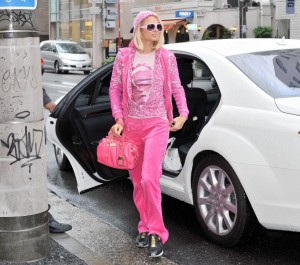 J.Lo wore it in her music video for “I’m Real” with Ja Rule. 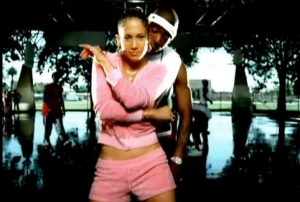 And Regina George’s mom made everyone jealous.

All the “cool” girls wore them, and if you couldn’t afford to shell out between $100-$200 for an outfit, you settled for the lesser brand—but only Juicy aficionados could spot when a zip-up sweatshirt didn’t include a “J” charm.

I remember my first encounter with the Juicy brand. I was in 7th grade and my then-friend Jamie was wearing a new black sweatshirt. I asked her if the “J” stood for “Jamie” (initial clothing was also popular at that time, but I’ll save that for another post), and felt like an idiot because of course it stood for Juicy.

I begged my mom to get me a tracksuit for Hanukkah—owning one was like owning a pair of Manolo Blahniks. The colors, the styles, the rhinestones and the trademark Juicy logo—it was like something out of The O.C. We felt so fancy (you already know…) wearing designer clothes; adding a matching T-shirt with a random slogan (adorned in aforementioned rhinestones, obviously) and UGG boots, and we had an instant classic outfit that would rival any #OOTD on Instagram today. Yeah, the sweatshirt was so tight when you zipped it up, and the flared pants were either too long or too short. That was another thing about these tracksuits—you were always one size in the sweatshirt and one size in the sweatpants.

In an era before Lululemon, the Juicy girl defined comfort-chic, almost too literally. The brand also included T-shirts, shorts, denim, skirts, dresses, swimwear and accessories, but let’s be real—the tracksuit was the star of the racetrack. And in a twist of irony, Juicy Couture inked a deal with Kohl’s to start selling Juicy-branded products—which should go along with the rest of the other trends starting to come back into our lives.

The 7 Stages of Sunburning 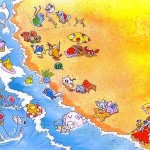