When I look at the 10 most popular songs on iTunes, I see a list of songs providing false hope to adolescent girls of America. The list is made up of pop songs that are of course fun to sing and dance to, but realistically are full of total lies. Being a twentysomething, I feel I have lived enough at this point, and have been screwed over enough times to understand what’s really going on here. Below is my advice to the young ones when they’re happily singing along to their favorite songs…

He’s not going to call you. If he wanted your number, he would have asked you for it. When she sings “where you think you’re going baby?,” he’s trying to walk away from you at the bar/party/restaurant/movie/whatever social gathering you’re at, without getting any information. He’s not interested. If he does call (or text) expect to hear from him at 3:30 early Saturday morning asking you to come over. 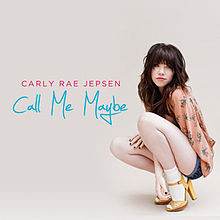 One Thing –  One Direction

The title says it all. And what’s that ‘one thing’ any guy over the age of 15 wants? Well… it’s not your beautiful smile or amazing personality girls. ‘Get out, get out, get out of my head, and fall into my arms instead‘ should really be something more along the lines of ‘fall into my bed instead.’ A guy will say anything to get you into bed, and harmonizing just makes the words seem so much sweeter and genuine. But once he’s got that ‘one thing,’ don’t expect him to need it from you anymore. 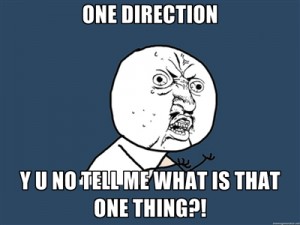 Give Your Heart a Break – Demi Lovato

Demi, you’ve been through a lot. But I feel you should be strong enough and smart enough to get it when a guy’s not into you. The song opens with her singing ‘The day I first met you, you told me, you’d never fall in love.’ What that really means is, ‘I would rather not fall in love with you, but I’ll hang around with you and have sex with you until I find the person that I do want to actually date, and potentially fall in love with.’  You didn’t pass a test Demi…he’s passing time, with you in his bed. I really don’t think his signals could be anymore clear. If Demi was my friend telling me her guy problems, I’d straight up tell her, I don’t think he’s interested! ‘I called his cell phone, but he did not reply.’ You’ll probably never hear from him again Demi. 🙁 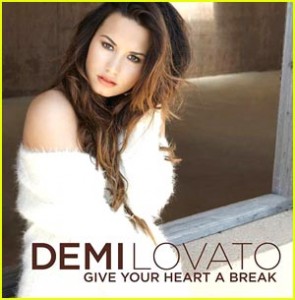 What Makes You Beautiful- One Direction

Lets talk about mixed signals. I’m sure tweens and teens these days don’t watch Sex and the City, but does anyone remember the episode where Miranda met a guy all hot and sweaty in the gym and he found her to be so sexy while she was a hot mess at the gym? But the second she become confident in herself, because a hot guy was totally into her, the guy was so turned off and ended whatever it was they had going? Sure, there is something special about someone who is unaware of their beauty, but One Direction is into this fictional girl for being sorta meh, but at the same time wants her to feel beautiful…which is lovely but realistically, full of shit. But if not knowing you’re beautiful is what makes you beautiful are we in a never ending cycle of I’m not beautiful, therefore I’m beautiful? I’m confused One Direction. Which one do you want? My guess, due to your success, is a girl who is beautiful and is well aware of it. 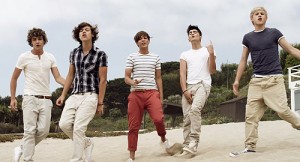 The 6 Stages of ‘Facebooking’ In Your 20s