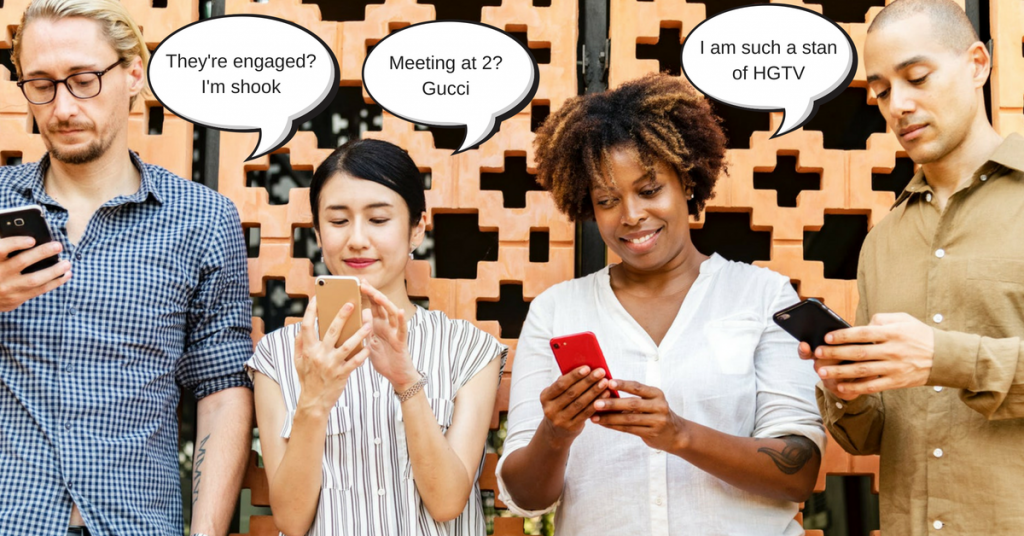 “My friends are dope.”

That was/is the name of one of my Facebook photo albums from 2006 (because if you haven’t deleted them, they still exist—and I have not deleted any of my albums). It is also an actual quote I said out loud back in the day because ‘dope’ was part of my every day vocabulary.

There was also ‘dime.’ The Ying Yang Twins featuring Mike Jones defined a dime as someone with a cute face, slim waist, and a big behind, which in other words meant someone who is attractive. Because of this, I described people I thought were good looking as dimes.

Crunk was really drunk. Dawg was a friend (shout out to Randy Jackson). Sick was awesome. To ‘own’ was to beat someone or be better than someone. ‘Pwned’ was something people posted on Facebook that made me defriend them. Same went for Noob. And amazeballs. Boo was a significant other. Bling was big jewelry—so getting an engagement ring in 2006 would have sparked a lot of “I got the bling” photo captions if we had Instagram back then.

After I graduated college, new slang emerged and I kept up with it because YOLO. When that (re: YOLO) became a thing, that’s when I first started to be like… am I too old to be saying this stuff? But Drake was two years older than me and HE was saying it, so it was fine. I was fine.

I think when adults started using YOLO, that’s when it fell off the map. The same went for ‘Netflix and chill’ and ‘swag.’ Companies literally started giving out ‘swag’ to their employees and businesses started using ‘Netflix and chill’ in advertisements and suddenly, neither were cool anymore. The same happened with bae. And AF. And ON FLEEK, oh my god what happened to on fleek?

Adults always ruin cool slang. So, uh, now that I am three months away from turning 30, will I be the adult ruining cool slang if I use it? Like, if I say ‘I’m shook’ or if I refer to someone attractive as ‘a snack,’ am I in turn ruining the ‘cool slang?’

I also can’t help but wonder (clearly all of the 20th anniversary Sex and the City think pieces got in my head AND WILL NOT LEAVE)—am I uncool for still using slang from a few years ago? Because I still say ‘yas’ instead of ‘yes,’ but that’s because ‘yas’ has replaced ‘yes’ in my brain’s dictionary. And also, Broad City.

Remember the word ‘cray?’ I STILL USE IT. This is because I will always love abbreves (I’m lazy). Totes. Phenom[enal]. Cutting 1-2 syllables from words was V cool back in the day (btw—is ‘V’ an outdated abbreve? and if not, am I actively making it uncool by typing it?). But is it now? And what about the newer stuff. Like do people still say ‘Bye Felicia?’

Recently I’ve been questioning EVERYTHING I’ve been typing and saying. Is this what being an adult is? Like, am I still in that in between where I can say cool words… or am I officially past that? Because in 2006, if I heard someone in their 30s using OUR slang (our being “the youths”), I would have rolled my eyes. So now are people rolling their eyes at ME? And if they are, do I give a fuck? Clearly, I kind of do, but I FUCKING SHOULDN’T.

I don’t even KNOW all of the slang anymore. For example: ‘send it.’ I’m not even sure if this is STILL cool, but last year, my brother and all of his 18 year old friends were screaming it at each other. And then on last week’s Bachelor some guy yelled it. What does it mean?! Also, we need to talk about the word ‘stan.’ This is now a word people use to describe stalker fans like STAN from THE SONG. Am I the only one who just discovered this? Am I that uncool now? Also, why didn’t we think of this when the song was actually popular? Are today’s kids more creative than us? I mean, their language took a lot more effort to make up than ours. We mostly just shortened words and changed the spelling of things. I mean look at this shit: 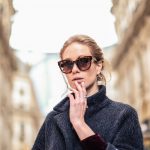 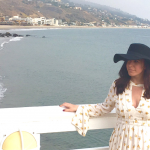