After sending Kristina home unexpectedly, Nick arrives at the beach house with four roses and chats with the women on the couch. He tells the women he wants to spare them the rose ceremony, but does not want to go to their hometowns uninvited, so he does an impromptu rose ceremony on the couch. It’s on to hometowns! 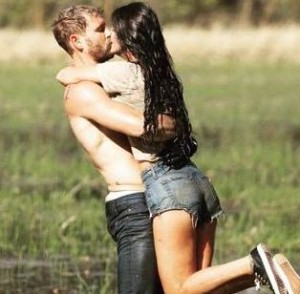 Raven picks Nick up on an ATV (“Don’t kill me!”) and takes off. She takes him to a grain bin, where people in her town apparently go to have a meaningful conversation. All of a sudden a police car pulls up, sirens blazing, and an officer yells at them for being up on the grain bin. Turns out, the officer is Raven’s brother. They go ATVing through the mud: “He’s going to learn how we do it in the South; we get dirty.” Nick’s shirt comes off and they start making out in the mud. That night, Nick and Raven going to her family’s house. A year and a half ago, her father was diagnosed with lung cancer, and he recently had a scan and found he is now cancer free. Tears everywhere.

Raven’s relationship with her father is the sweetest thing ever. He tells her he is so looking forward to walking her down to aisle. Her mother tells her she trusts Raven’s judgment, but asks her if Raven will be able to tell Nick she loves him.

Nick is SUPER awkward with the whole cancer thing, and then just jumps into asking whether her father would be comfortable with Nick asking for her hand in marriage. Raven’s father says he is surprised Raven got to that point, and he is glad Raven is happy with him, but, “I don’t want any surprises.”

As they sit outside her house talking about the night, she couldn’t tell him she loves him, which clearly threw him off and left the night off on a bad note. 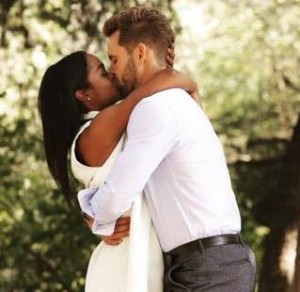 Rachel starts her date with Nick at a church, where he claps along and looks around, clearly so far out of his comfort zone. He eventually settles in and says he feels more comfortable to her than ever before. “I always feel the most comfortable with myself when I’m with Rachel.” Rachel’s father can’t meet Nick because of “work obligations,” and I can’t tell if Nick is relieved or just even more terrified.

That night, both are very nervous, as this is a first for both of them. “It is everything for my family to understand that I am bringing Nick home because I have feelings for him.” Rachel’s mother is just the cutest thing. Everyone’s laughing at the dinner table, which is a good sign. Her older sister and her husband sit down with Rachel and Nick for an awkward convo. Rachel’s brother-in-law, who is white, grills Nick right off the bat, asking him what is different about Rachel versus the other women of color he has dated. Rachel’s sister is clearly skeptical, as is Rachel’s mother. Rachel’s mother also asks him about his feelings about Rachel and her race, and he repeats the same answer. He handles the grilling quite well, surprisingly, and seems pretty comfortable with topic. However, his conversation with Rachel’s mother feels more like a job interview than a chat with his future mother-in-law.

Rachel sits down with her mother to talk about how serious she is about Nick. Despite them dating for such a short about of time, her mother says he sees potential with Nick, and that he reminds her of Rachel’s father. “I like what I see so far, but only you can make that judgment.” They leave the house on a very cute note and Rachel says she’s falling in love with him. 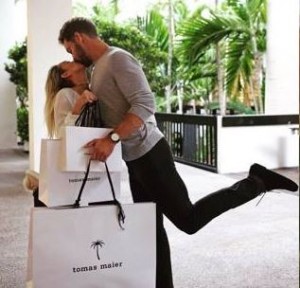 Corinne takes Nick shopping, to show him  “A Day in the Life of Corinne.” She knows everyone at the stores by name. “I always thought I had expensive taste,” Nick says. “And then I met Corinne.” Corinne gives us some pro tips, “The dressing room is our holy ground.” Champagne in hand, Corinne watches as Nick gives her a fashion show, straw fedora and all. The total comes to over $3,000 and Nick is literally speechless. Corinne doesn’t even blink. At lunch, Corinne tells him that she has fallen for him, and that she loves him. “I’m on Cloud 9.” She says if her family doesn’t like Nick, it will be very obvious.

That night, they go to visit Corinne’s family including, FINALLY, Raquel. Corinne and her dad sit down on a bed with giant glasses of red wine. She tells her father that she is very serious about Nick, and in him sees a person who cares about all aspects of “Corinne.” Meanwhile, Nick sits down with Raquel to talk about Corinne and the other women. Raquel asks Nick what his intention is, and he dodges the question, talking about how beautiful and wonderful Corinne is. Corinne’s father questions whether Nick can earn a living, and whether Corinne will be happy being the bread winner. “When all this goes away, can he keep Corinne happy.”

Nick sits down with Corinne’s father, who tells Nick to drink before they start talking, “We’re gonna need it.” He tells Nick that Corinne likes the finer things in life, and that he is wondering how he will support her.  Corinne’s mother tells her to remember that “this is fantasy,” and Corinne corrects her, saying this is very real. Overall a success night. Plus, it was so refreshing to see Corinne not batsh*t crazy. 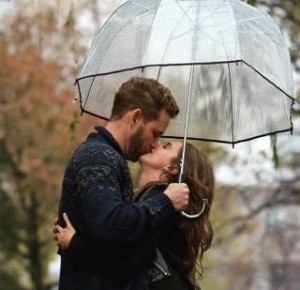 Vanessa takes Nick to meet her students, who sent Nick a book at the beginning of the season. Her students are emotional and so excited to see her again, which makes Nick very emotional. She has her students help make a scrapbook for her and Nick. SUPER CUTE.

With divorced parents, Vanessa decides to show Nick what it is like for her to have to split her time between her two families. Vanessa’s family asks Nick some difficult questions, especially about where he wants to live after the show. They clearly  haven’t had that conversation, so he dodges the question and says he really likes Montreal. Vanessa’s mother asks her why he cares about her, and the only thing he says is “When she got out of the limo, I REALLY liked your daughter.” Her mom looks at Nick and just goes, “Well I’m not talking about her looks…”

Vanessa’s older sister sits Nick down to grill him, and says that she is really scared for Vanessa. “I’ll hate you if you break her heart.” The more and more members of Vanessa’s family they sit down with, the more they realize they haven’t talked about any important things. Vanessa tells her older sister that if Nick proposed, she’d say yes. Her sister questions whether Nick and Vanessa can make it work logistically. Vanessa’s mother is worried about her being happy with Nick and doesn’t seem too convinced they are meant for each other.

At her father’s house, they catch up for a hot second and then Vanessa’s father steals him away for a chat. “I’m wondering what you find so special with Vanessa compared to the other girls you are dating.” Nick uses the same limo line that failed with the other side of her family, because he never learns. Her no-nonsense father interrupts him, just saying he wants Vanessa to be happy. Nick asks her father if he would approve of her getting engaged, and he tells him he can’t give Nick his blessing. He puts Nick on the spot, asking if he also asked the other fathers for their blessings, and he says, “In a way…yes.” Vanessa’s father tells her that Nick asked all of the other fathers as well, which upsets her big time.

Vanessa is super upset about realizing that Nick actually cares about the other women, which, like, sweetheart. You’re on The Bachelor.

AND THEN ANDI SHOWS UP AT NICK’S ROOM AND HEADS EXPLODE EVERYWHERE. 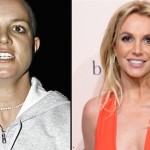 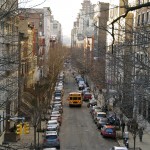