Last week ended with Kelsey having a real or fake panic attack and a ‘to be continued’ rose ceremony. She bounces back pretty quickly and declares “I better get a rose for this!” The girls call her on her phoniness. The ceremony begins and poor hypothermic Jade is shaking uncontrollably. While the ABC buildup of whether Kelsey will get a rose or not is strong, to no one’s actual surprise, McKenzie and Samantha go home.

The girls learn they’re headed to… Deadwood, South Dakota! YES a place called Deadwood, SD exists. If these girls were looking for a free ticket around the world, they really picked the wrong season.

Becca, the only one he hasn’t kissed, gets a one-on-one date. They go horseback riding and it’s all pretty boring. Chris realizes he’s going to really have to work for that kiss. So he gives her a rose. She gives him a kiss. 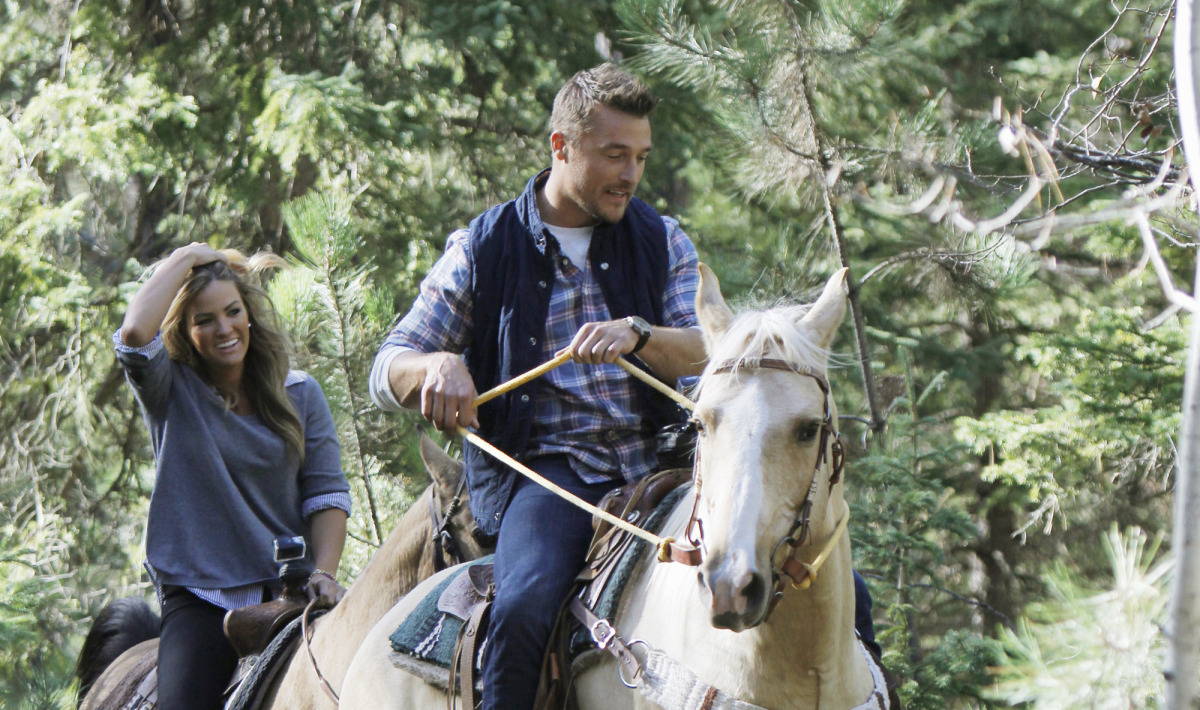 Back at the Deadwood hotel, Carly and Whitney confront Kelsey on why she is such a fake bitch. She says it is unintentional and that they’ve likely mistaken her intelligence and use of big words as bitchy. A date card comes and reveals the ladies chosen for the group date. Which means the two nut jobs, virgin Ashley and black widow Kelsey will get the 2-on-1 (props to Carly for giving us the term black widow).

The girls on the group date head out to a western bar and meet Big & Rich, only to learn they will have to write and sing a country song for Chris. Jade, who is already nervous about her singing debut, becomes even more so when Chris walks in and kisses Britt right in front of her. This is the second week in a row he’s done this and it is not cool, Chris, not cool. He seems like a great guy, but it is a pretty dick move to kiss one girl in front of the others.

Post serenade (which karaoke Carly obviously owns), he steals Britt and takes her to a concert where they dance on stage, makeout and he presents her with a rose. The girls are all pretty upset, and we learn they’ve been gone over an hour. Chris doesn’t seem to be the Midwestern gentleman we all thought.

Ashley and Kelsey head to the Badlands for their date… I don’t know what that is and neither does Ashley, but Kelsey does. Because she is smart, remember? Basically they’re in a desert.

Very quickly, Ashley unloads on how much Kelsey sucks. Gossiping to the bachelor is always the kiss of death. Chris confronts Kelsey, Kelsey confronts Ashley and Ashley confronts Chris. So what’s all this mean? Two things .

1) Kelsey calls Ashley a Kardashian and the term “Kardashley” is born on the Twittersphere.

2) After all this he said/she said , Chris tells Kardashley she’s no fit for the farm. It’s over.

So, Kelsey is staying? Not so fast. Chris makes his way back to the desert bed and tells Kelsey he’s going home on the helicopter alone. Bye Felicia. We see the producer come pick up Kelsey’s suitcase, as all the girls eagerly await. A mega-celebration ensues and I love it. #SisterWifes4EVA 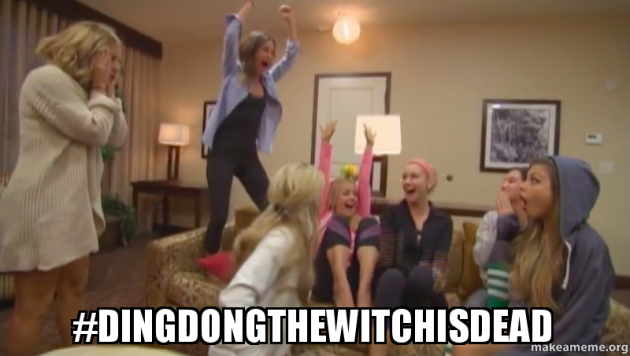 According to interviews, which I now felt comfortable Googling and not reading Kelsey spoilers, she is stating that everything she said was taken out of context. That she didn’t think her hubby’s death story was amazing, rather that her recovery from it was. I don’t doubt ABC edits people to look one way – but at the end of the day, these are all things she said and there is a reason they decided to focus on her. She provided them with material other girls didn’t.

Poor Chris has clearly had some weirdos on his season. But, I mean he lives on a farm in Iowa – what did he expect? I’ve always assumed the producers have a heavy hand in who makes the cut each week, and a few nights ago, ex-bachelorette Ali Fedotowsky confirmed it on E!. She said you obviously don’t have a connection with 10 people at once (say what?!), so she would pick the same few from week to week and the producers would select the rest… which is why we generally say bye to the whack jobs halfway through the season, and not on night one.

I’m pretty confident we’ll see Whitney in the finale. And maybe Becca? Mostly because she is sweet and likes the farm life. Britt and Kalitlyn are both great contenders for next season’s Bachelorette.

Get you DVRs ready, next week is a two-night event.

14 Reasons “The OC” Was The Greatest Show Of All Time

15 Reasons to Love Having a Roommate in Your Twenties