ABC was kind enough to give us last Monday off to trade roses for fireworks. We’re back in Argentina this week with the remaining six men.

Alex the Marine, who has yet to receive a one-on-one, gets the solo date this week. They road trip to their next destination, which is to work on a farm as gauchos. Damn, did Alex not get the worst/most un-romantic date of all time? JoJo strives to put herself in a normal situation with her suitor and it’s painfully obvious she sees him more as an annoying little brother than a fiance.

They snuggle with horses and it does seem like he is growing on her a bit. I still don’t see it, but lucky for him there is no rose on the date. Well, Alex should have left it at the simple good time they were having, but he totally fucks himself by telling JoJo he’s falling in love with her and while she doesn’t say “I appreciate that,” like she did with Derek, her look says it all. She tells him she’s not feeling it and he gone.

Back at the ranch…

The five remaining men head on their own bromantic road trip to the Argentinian countryside. Jordan gets the next one-on-one, which makes him first in this next round rotation. No surprise there.

The dudes back home discuss how Jordan is only the frontrunner because of his big bro’s clout. I’m also just realizing that both wash up footballers with famous bros share one more thing in common — the famous brothers are both Aarons (Murray and Rodgers). Bachelor Nation is becoming a smaller and more insestual world. We learn big brother Aaron will not be on the hometown date and even worse — he isn’t close with his entire family. Like full on estrangement. Damn, Aaron, you cold.

Unlike Alex, frontrunner Jordan gets the fun and romantic date of an Argentinian vineyard. They stomp grapes and then drink the foot grape juice!!! They’re both super hot, but that’s fucking gross.

He explains why the James comment about him being entitled really bugged him, as he spent his entire life living in his brothers shadow and “constantly disappointing family and coaches.” Aw, that’s super sad. And he’s clearly not riding his bro’s coattails since they don’t even speak. I liked him before, but now I am 100% all aboard the Jordan train. He ends this perfect date with a declaration of love and steamy makeout.

James, Robby and Chase go on a group date to a hotel suite where they eat junk food, play games and massage each other. Weird, but also dream date. James being the total doucher that he is tells JoJo that Robby checks out other women. This dude has no bro code and is so lame. And, whatever Robby is a human.

Robby opens up to JoJo about his recent breakup (the he said/she said been all over the tabloids) saying she was basically sketch AF. The man of very few words, Chase attempts to reassure JoJo how in to her he is. On the other side, JoJo is the one reinforcing James that she’s feeling their emotional connection (but avoids admitting her physical connection with literally everyone else is off the charts). In the end, Robby gets the rose which is surprising to no one and the other two have to GTFO.

More cowbell. Cowboy Luke gets the last date and it’s full of things the ABC producers take the liberty of assuming all people from Texas love. Horseback riding, boots and skeet shooting. To be fair, Luke probably does love these things, but it just feels so cliche. Despite my unexplainable disdain for him, JoJo continues to be totally smitten by him.

For some reason he does not get an evening portion of the date, but heads home to break the news to the other dudes that there is no cocktail party preceding the rose ceremony.

Robby has a rose, but the other five men will vie for the last three. Jo is back in her normal cutout dress ensemble and hands roses to Luke, Jordan and Chase. Also note, I typed out “Chase” before she even gave the rose. Because, did anyone actually think James Taylor was staying?

So that’s it. Robby, Luke, Jordan and Chase all receive hometown dates. Unless shit really hits the fan with one of the other guys, I think Chase will be next out. If the teasers actually deliver (which they never do), we’ll get a Robby bombshell that could be a gamechanger. The other three seem pretty neck and neck to me, but I still have a feeling (hope) Jordan will take all. 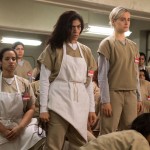 This Is Why Everyone Needs To Watch Season 4 Of OITNB 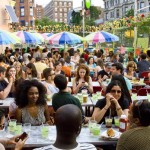 15 Ways To Unwind After Work This Summer – No Netflix Necessary